CONCERN has been growing at the volume of drug residues, pesticides and other contaminants in wastewater. Researchers at Lappeenranta University of Technology (LUT) have demonstrated that by modernising the wastewater purification process over 95 percent of contaminants can be removed from wastewater.

Once they’ve passed through the traditional wastewater purification process, contaminants such as medical and agricultural residues are returned to the environment. 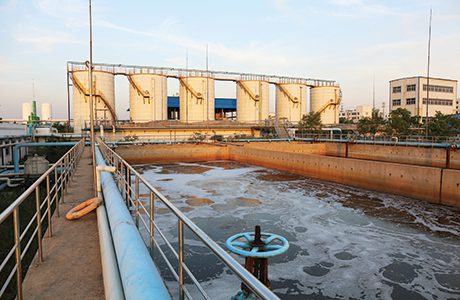 The researchers used membrane filtration and oxidation to test the removal of drug residues. What the results show is that these techniques remove 95% and, in some cases, up to 99% of contaminants and nutrients. If they enter the water system, even very small concentrations of contaminants can cause problems, such as hormonal changes in fish.

The research results show that more efficient water cleaning technologies, such as membrane filtration and oxidation, effectively remove substances that are normally difficult or impossible to remove in a biological cleaning process. Such substances include drugs for depression and epilepsy and pain gels that are applied externally.

“Generally speaking, drugs that act on the mind and the heart are the most difficult to remove,” says LUT Professor Mika Mänttäri, who was responsible for the study.

Other findings were demonstrated with the research: The efficiency of water treatment can also filter certain nutrients from the water. For example, phosphorous and nitrogen can be almost entirely removed. Membrane filtration reduces the amount of phosphorous to one tenth or even one hundredth of the emissions currently permitted. The water cleaning technologies that were tested can thus reduce emissions significantly in comparison to the water treatment process that is traditionally used.

The wastewater cleaning process used today in nearly all municipalities only removes the substances that are readily biodegradable or which bind to the activated sludge in the process. Such substances include pesticides and basic pain medications that contain ibuprofen, paracetamol and ketoprofen. The process allows a lot of other non-biodegradable contaminants to pass through.

At this time, Finland does not have any wastewater treatment plants that are designed especially to filter drug residues out of the water. The situation is complicated by the fact that Finland does not have any general limit values for contaminants in the water and, subsequently, no obligations to monitor or remove such substances. This means that existing wastewater treatment plants have no obligations or incentives to invest in new technologies.

In the near future, the EU will make large treatment plants subject to monitoring requirements for certain priority substances. A monitoring requirement was already set for some substances last autumn. One of the substances being monitored is the anti-inflammatory drug diclofenac, which is used as the active ingredient in pain gels. Once the limit values are implemented, the current biological process will automatically be in trouble.

However, many municipalities are already discussing how wastewater treatment should be arranged in the future. The LUT researchers estimate that the next 5–10 years in Finland will be a transition phase to more efficient cleaning, as the environmental permits for many municipal treatment plants expire and the permit conditions become stricter over the next decade. 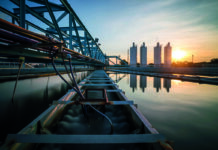 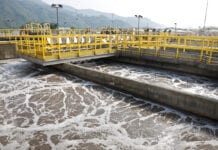