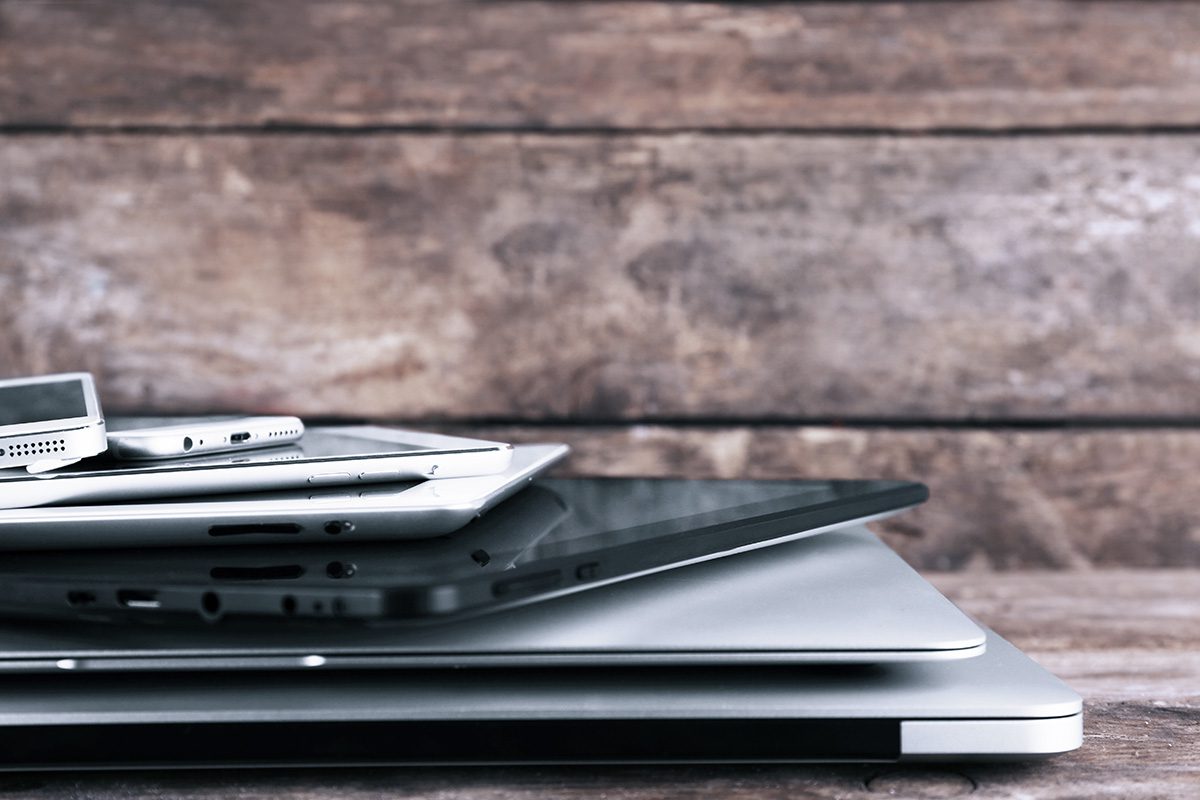 UK households are continuing to stockpile electronic devices and failing to recycle them, it seems, with early August seeing the publication of the results of a survey commissioned by the Royal Society of Chemistry which suggested that 51% of households have at least one gadget lingering somewhere unused, while 45% have between two and five.

The survey, conducted by Ipsos MORI on a sample of 2,353 people, suggested that UK homes have up to 40 million such unused electrical devices. Of these surveyed, it seems that 82% have no plans to recycle or sell on their devices after they fall out of use.

When asked why they don’t recycle old devices, more than one in three (37%) cited data and security fears, while a quarter said they prefer to sell old items. Almost a third (29%) also said they didn’t know where to go to recycle old tech.

“The RSC report further confirms the research reported by REPIC in our 2018 survey.
Information and awareness are key to educating the public to understand the important role we all need to play in responsibly recycling our e-waste. Establishing new recycling habits to capture the many types of waste electrical and electronic products needs to be a priority.

“This is particularly important for young people; our 2018 survey highlighted 16-29 year olds owning more items of technology than anyone else, with respondents from this age bracket estimating the value of their outdated or broken EEE items at over £100 more than the 30-44 age group, and over £600 more than those aged 60 and above.”

The RSC has been using the survey to help publicise its ongoing “Elements in danger” campaign, which seeks to raise awareness of future shortages of important chemical elements that have – or may in the future have – an important role to play in technologies such as electronics, solar panels and surgical implants. The RSC points out that a mobile phone contains at least 30 different naturally-occurring elements, and natural sources of six of these are set to run out within 100 years.

In respect of this issue, Mark Burrows-Smith of REPIC commented that sound intelligence and good data are also key to understanding how we access secondary sources of critical raw materials. “In 2017 the Urban Mine Platform (urbanmineplatform.eu) was created by 17 partners in the ProSUM (Prospecting Secondary raw materials in the Urban mine and Mining wastes) Project to present the flows of precious and base metals and critical raw materials in products in use and throughout their journey to end of life.”

“This Platform was designed as a useful tool to help European industries by providing a better picture of where waste sources are and, more importantly, giving a detailed breakdown of the valuable materials in the waste stream.”

“We hope news about the findings from the RSC’s research will encourage more UK consumers to recycle any old gadgets currently stored in their homes, so that any valuable and critical raw materials they might contain can be captured for recycling.”

The Remanufacturing Lighting Conference comes to London in April