Circular economy strategies essential as reuse of resources falls to 8.6%

The global economy is consuming 100 billion tonnes of materials a year for the first time ever but reuse of resources has gone into reverse, according to a report from impact organisation Circle Economy launched on 21 January in Davos at the annual meeting of the World Economic Forum.

The Circularity Gap Report 2020 finds that the world’s economy is now only 8.6% circular – of all the minerals, fossil fuels, metals and biomass that enter it each year just 8.6% are reused. This has fallen from 9.1% in the two years since the annual report was first launched in 2018.

Circle Economy’s CEO, Harald Friedl, said: “We risk global disaster if we continue to treat the world’s resources as if they are limitless. Governments must urgently adopt circular economy solutions if we want to achieve a high quality of life for close to 10 billion people by mid-century without destabilising critical planetary processes.”

Marc de Wit, lead author, said: “This report shows that no country is meeting the basic needs of its citizens while also operating within the physical boundaries of our planet. We are all developing countries, we all need to get to an ecologically safe and socially just future, but there are different pathways according to the type of challenges we face.”

In that period total extracted resources have increased by 9%, from 84.4 to 92 billion tonnes[1]. But the total of materials that are reused has grown by just 3%, from 8.4 to 8.65 billion tonnes, and fallen as a proportion of overall material use.[2]

A number of major international businesses, charities and NGOs have expressed their support for the report, including the government of Chile, WWF, Philips and the UN Environment Programme International Resource Panel.

Carolina Schmidt, minister for the environment at the government of Chile, said: “The series of Circularity Gap reports have been illuminating, as they’re showing us the – distressing – tendency of the past years. This third report sparks an alarm for all governments; we need to deploy all the array of policies to really catalyze this transformation.”

Cristianne Close, leader at WWF Markets Practice, said: “Our current economic and financial systems are driving unsustainable consumption and degrading the natural environment. The circular economy provides a tangible framework for reducing our impacts, protecting ecosystems and living within the means of one planet.”

Frans van Houten, CEO at Royal Philips, said: “Countries, cities and businesses can step up as change agents to accelerate circularity locally and globally. But, governments and businesses alike must engage in far-reaching, cross-border collaborations for circular value chains and climate neutrality.”

Circle Economy posits that countries are particularly well positioned to tackle the widening circularity gap, and calls on governments to establish national roadmaps for circularity. It says these can make their economies more competitive, improve living conditions and help to meet emissions targets and avoid deforestation. It identifies different strategies for different countries based on the living standards of their population and their ecological footprint.

The report highlights positive trends and circular solutions already being adopted around the world:

Global use of materials has nearly quadrupled in 50 years, from just 26.7 billion tonnes in 1970, and it is forecast to rise to between 170 and 184 billion tonnes by 2050.[4] There are three underlying reasons for this negative trend, all hardwired into the dominant “take-make-waste” economic model.

We rely on extracting virgin materials to fuel growth rather than making better use of existing resources. For every tonne of resources that is reused, more than 10 are extracted.

We are adding more materials to meet the needs of a growing global population, building up our stock of housing, infrastructure and heavy machinery. Nearly half the materials that enter the economy are used in these long-term products.
Most products are not designed to be reused and there are limited facilities for reprocessing materials at the end of their life. Global recycling rates are improving and delivering higher quality materials, but this is far from sufficient to feed our hungry economy.

The report says national governments are key to shifting from a linear to a circular economy. It calls on them to collaborate on circular strategies to measure and improve resource efficiency, to translate global trends into national roadmaps, and to work with businesses, NGOs and academics to drive action.

It classifies countries into three broad categories – Build, Grow and Shift – depending on the living standards of their population and their ecological footprint, and it identifies circular strategies for each grouping.

Circle Economy is officially launching the report during the World Economic Forum in Davos (21-24 January), an annual meeting which brings together some 2,500 politicians, business leaders and economists to discuss the most pressing issues facing the world today.

You can download a copy of the report here.

Notes
[1] Materialflows.net
[2] Circle Economy assesses the volume of waste that is recycled globally by using the most recent national figures on volumes of waste generated, collected and treated, or extrapolating them from demographic and economic data when information is not available. It uses reported treatment shares to quantify the volume that is recovered, recycled, sent to landfill and incinerated.
[3] Belgium, Denmark, Finland, France, Germany, Greece, Italy, Luxembourg, Poland, Portugal, Slovenia, Spain and the Netherlands.
[4] Assessing global resource use: A systems approach to resource efficiency and pollution reduction, International Resource Panel, United Nations Environment Programme, 2017.
[5] https://tradingeconomics.com/china/disposable-personal-income
[6] Stanford News, 28-3-19: Stanford energy and environment experts examine strengths and weaknesses of the Green New Deal. 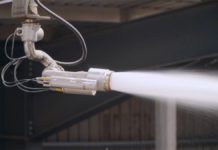