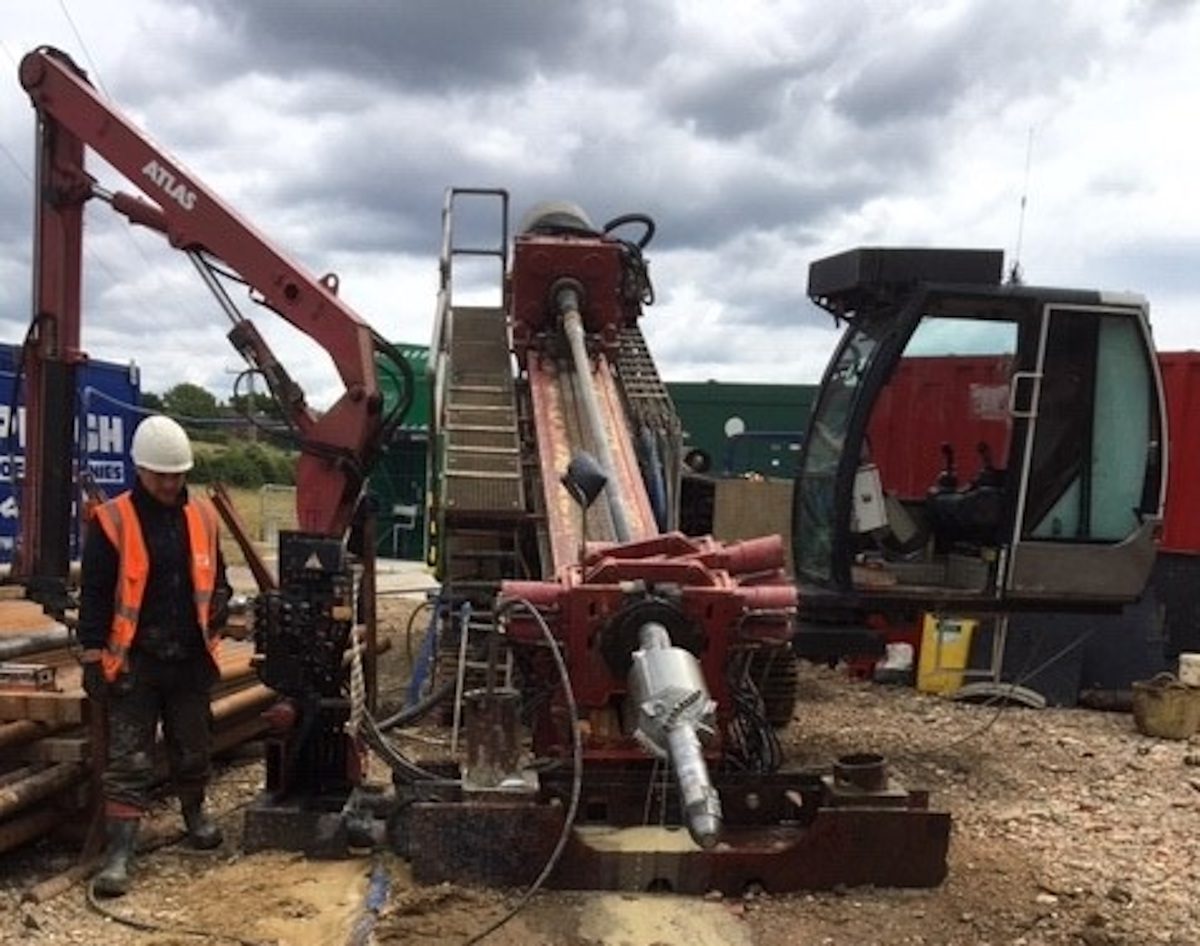 According to the utility, engineers had to think outside the box when fitting the new pipe at Selborne sewage treatment works in Hampshire, which is close to the ruins of a priory and is surrounded by protected woodland and historic monuments.

Instead of digging trenches and laying the pipe, they used a wire-guided drilling system to tunnel 320 metres through a large limestone hillside. The operation needed absolute precision to ensure the drill emerged in the right place on the other side of the hill and this was seemingly carried out to perfection as it popped out on target.

The new pipe can now be pulled through the hole without disturbing the land above, connecting the sewage works to a nearby pumping station.

Mark Tolley, Thames Water’s field operations specialist, said that “ensuring we could put this new pipe in place without disturbing the beautiful and historic woodland in Selborne was important to us.

“By using some creativity to find a different way of doing things, we’ve made sure Selborne residents can continue to enjoy the countryside on their doorstep safe in the knowledge their wastewater is being safely taken away to be treated.”

The village of Selborne is famous for its association with the eighteenth-century naturalist Gilbert White and the meandering path, still popular with walkers, was cut by White and his brother.

The so-called “monks walk” now spans seven miles around the settlement and other nearby villages.

It passes Selborne Priory, which was built in the 13th century and was home to orders of Augustinian monks.

Steve Green, director of the Gilbert White’s House museum, said: “It’s great to see Thames Water has taken such care with this installation to ensure that residents and visitors to the museum and the surrounding area are able to continue to enjoy the remarkable landscape and wildlife of Selborne as Gilbert White did.”

Thames Water manages 12 Sites of Special Scientific Interest (SSSI) which are legally protected wildlife areas, and with 47 of the UK’s 224 chalk streams in its region, the company says it has committed to protecting these rare and biodiverse sites.

It has also committed to enhance biodiversity by five per cent at 253 of its most important sites for nature by 2025.