Researchers at Palacký University Olomouc in the Czech Republic, have seemingly shown that graphene decorated with carboxylic groups extract has the potential to remove different types of metallic pollutant from water. The researchers are part of an EU-wide collaborative research effort known as the Graphene Flagship.

The World Health Organization estimates half of the world’s population will be living in water-stressed areas by 2025, and contamination with heavy metals is among the primary threats to aquatic ecosystems and human health. Yet, the most economically advantageous method for metal removal from water is sorption, a process by which one chemical becomes attached to another.

Current sorption technologies are often inefficient in capturing heavy metals in water. This project has apparently succeeded in producing a sorbent with graphene acid, an ultra-thin organic acid that offers excellent biocompatibility, conductivity and dispersibility in water.

The discovery comes after years of working on strategies to chemically synthetise graphene derivatives, which cannot be obtained by direct functionalisation of graphene itself. The researchers prepared graphene acid starting from fluorographene, using a technique developed at Palacký University Olomouc, which involved replacing fluorine with other chemical elements to obtain the desired graphene derivative.

For example, graphene acid was prepared via a two-step process. Firstly, fluorographene was transformed into fluorine-free cyanographene and, secondly, it was hydrolysed to graphene acid.

“In principle, we can introduce any group to the surface of graphene, such as carboxyl, amino, sulfhydryl and hydroxyl groups,” said Michal Otyepka, 2D-CHEM leader and Head of the Regional Centre of Advanced Technology and Materials (RCPTM). “This creates new materials that can be employed in a wide spectrum of applications, ranging from metal extraction, electrochemical sensing, magnetism, catalysis and energy storage.”

Researchers reported that graphene acid-based water sorbents bind and capture heavy metals with high affinity, without leaching. In addition, the sorbent works in the presence of other ions, which are naturally found in drinking water, and can be reused after pH treatment without loss of performance.

The research also seemingly showed that this graphene acid-based sorbent not only can remove heavy metals from contaminated waters, but can also serve to extract noble metals, such as palladium, gallium or indium. The supply of noble metals on the planet is limited, and its inexpensive and efficient separation from waters provides enormous industrial opportunities.

“By improving the effectiveness of graphene-based sorbents, the 2D-CHEM project has made an important step toward the availability and sustainable management of water and sanitation for all. The latter also offers an attractive opportunity for noble metal recovery and catalysts reusability with zero losses in performance.” 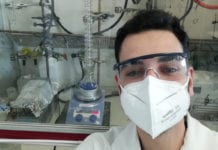 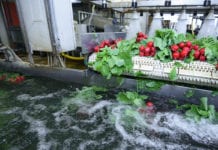 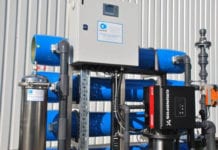