A firm supplying equipment for crypto mining to renewable generators in the farming sector says it has taken £5 million in sales bookings so far this year.

The fortunes of Bitcoin have seemed to fluctuate in recent months, as though linked to the proclamations of Elon Musk, who in May was blamed for wiping billions off the value of cryptocurrencies after posting a series of humorous emojis on Twitter, and later issuing a statement that Tesla would no longer be trading with it. He expressed disapproval at the energy-guzzling propensity of the tender, or the way it is predominantly mined, at least. Bury-based mining equipment supplier Easy Crypto Hunter says enquiries have surged since then.

Uhh… mining?
The curious coinage of “mining” can be confusing to the newcomer. In what sense do you actually mine Bitcoin? Well, briefly: The business of sustaining the ongoing function and integrity of an online, ledger-based system of currency requires the verification of transactions recorded with it. The fact that this task is distributed around the world on participant computers is what makes a cryptocurrency like Bitcoin a decentralized form of currency, and so one not subject to regulation or control by a central authority, which is a big part of its appeal.

Those who choose to participate in this way, to act as bitcoin miners, are rewarded with cryptocurrency – so it’s also a way of earning money, for those involved.

However, mining Bitcoin is notoriously computationally- and energy-intensive, with most of it done in China where energy costs are relatively low.

Energy economics
Josh Riddett says his firm’s mining machines — measuring in at a suitcase-like 70cm x 35cm x 40cm — are designed to mine digital currencies other than Bitcoin, like Ravencoin and Ethereum, and so use far less energy, he said.

The rigs typically retail for £18,000 and have averaged approximately £30,000 each in annual profits over a three year period, he said, with the bulk of these gains made in 2021 as digital currencies won institutional acceptance. Longer term investors saw the greatest profits.

Riddett said sales have been especially strong with the UK’s agricultural community as farmers tap into on-site renewable energy. One site hosts 40 mining computers which run 24/7, and it is powered using AD.

Farmers with renewable energy sources like solar, hydro, wind or AD can sell their power to the National Grid for around 4-7 pence per kilowatt hour — but they can seemingly earn up to ten times that running a crypto-mining machine instead.

Farmer Philip Hughes recently featured on the BBC for the support of his own facility for crypto mining. An AD plant generates electricity from cow manure, with the help of a six-cylinder engine running at 500rpm.

Easy Crypto Hunter says it now has more than 250 registered customers, including so-called ‘crypto whales’ (holders of large amounts of the currency) and high net worth individuals who often own 30 to 40 mining computers. To the best of its knowledge, the firm is the only seller of crypto mining machines in the UK with a bricks and mortar office.

Riddett said his firm’s computers “are capable of mining hundreds of different digital currencies but we don’t mine Bitcoin because it’s not as energy efficient as other coins and it’s not as profitable.”

“When we started this business four years ago, green energy wasn’t on our customers’ radar, but now it’s approximately 40 per cent of our business, and growing every day.

Musk’s crypto pronouncements appeared to soften again, on 24 May, with the recognition that mining could become more sustainable. He tweeted: “Spoke with North American Bitcoin miners. They committed to publish current & planned renewable usage & to ask miners WW to do so. Potentially promising.” 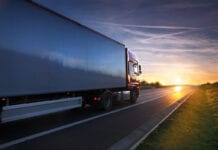 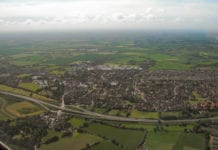