Late August saw the release of “Air Quality and Health In Cities”, the latest edition of The State of Global Air report, produced annually by the US Health Effects Institute. It attempts a snapshot of air pollution exposure in over 7000 cities worldwide, and its impact on health. Standout findings this year include a clearer picture of PM2.5 and NO2 pollution, with fine particles seeming to be an affliction of the world’s poorer regions especially, while NO2 is a problem for city dwellers everywhere. 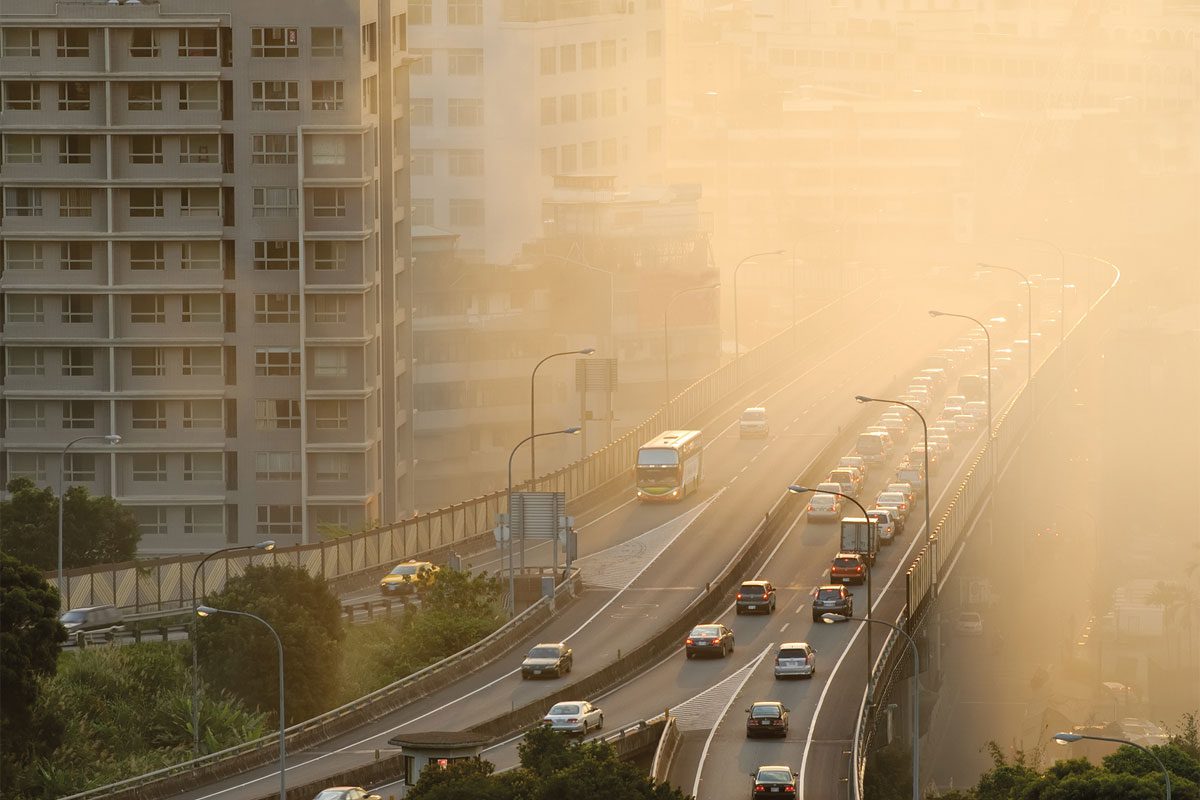 Air pollution has always been a complex problem, with drivers and impacts that vary significantly from place to place. Huge advances have been made in improving air quality since the middle of the 20th century, but, as this report points out, “the dispiriting truth is that most people living in cities today are breathing unhealthy air”. And this is reflected in a death toll that amounts to millions of fatalities every year, along with a heavy burden of chronic illness.

Between NO2 and PM2.5, the most acute health risks are borne by those breathing in fine particle pollution, and almost everyone today lives in parts of the world where the levels of PM2.5 exceed the WHO’s guidelines (5μg/m3).

PM2.5 sources include vehicle emissions, coal-burning power plants, industrial emissions, and burning agricultural waste. Precursor chemicals from many of the same sources contribute to its secondary formation in the atmosphere.

One clear finding from this year’s report is that its impact on health disproportionately affects poorer regions, with exposure levels particularly high in cities in parts of Asia, Africa, and Latin America. The worst exposure levels were in Delhi and Kolkata in India, Kano in Nigeria, and Lima in Peru.

The cities with the worst increases in this pollutant between 2010 and 2019 are predominantly in India.

The report also noted that many of these cities lack ground-level monitoring of PM2.5, relying more upon satellite data and modelling for this kind of reporting.

The disease burden from PM2.5 seems disproportionately high in parts of Asia, and parts of Central and Eastern Europe. Death rates vary between 0 and 186 deaths per 100,000 people. Examples at the extremes in this respect are Montego Bay, Jamaica (0 deaths) and Plovdiv, Bulgaria (186 deaths).

China seemed to be moving in the right direction, accounting for all of the top 20 cities with the biggest reductions in PM2.5 over 2010-2019.

The report profiled notable projects and successes in reducing PM2.5. In China, the Beijing-Tianjin-Hebei region saw a 25% reduction in their annual average PM2.5 level over 2013-2017, improvements attributed to measures targeted at lowering emissions from coal-fired power stations and industries, as well as more stringent targets for vehicle emissions and fuel quality. At the same time, Beijing has expanded its monitoring system from 35 stations in 2013 to over 1000 in 2019.

In Nepal, an opportunity has been grasped to improve air quality following the 2015 earthquake. A big source of PM2.5 in Asia is brick kilns. Over half of these were damaged or destroyed in 2015, and local entrepreneurs have teamed up with experts to build more efficient, less polluting kilns, using zig-zag technology. The approach, which reduces dust, particulates, and the use of coal, is seemingly now being rolled out across South East Asia.

Emerging from the murk

This year’s report seemed unusual for the greater level of detail available on NO2, generally a murkier area to examine given the smaller number of ground-level monitoring stations capable of measuring it. The report revealed NO2 exposure to be a more uniform presence across regions, irrespective of wealth. Those living in proximity to busy urban roads are most exposed.

It tends to exhibit high variability across even quite small distances, and the fact that it is shorter lived than PM2.5 contributes to this effect. The NOx gases are chemically reactive, and so tend to contribute to the formation of other pollutants such as ozone and PM2.5.

In 2019, the global average NO2 exposure was 51.5μg/m3. Locations with the highest recorded levels included Beirut, Lebanon, while the lowest readings were present in, for example, Sao Tome.

Many cities that are not PM2.5 hotspots exhibit NO2 levels that are high and growing, and the report cited examples including Winnipeg, Canada; Fargo, US; and Paris.

Overall progress seems to be positive, with 211 more cities meeting the WHO minimum exposure guideline in 2019 compared to 2010. Much of this is attributed to interventions such as traffic control. London’s Ultra-Low Emissions Zone (ULEZ) initiative delivered a 36% reduction in NO2 in the first six months after it was launched in 2019.

The good news seems to be the presence of a growing knowledge base on how to tackle air pollution, and the report profiles the success of measures such as expanding the provision of green transportation and energy production.

The first step to tackling it is measuring it, but in many places there are not enough air quality monitors to track pollutants accurately. Vast areas of Africa and Asia, for example, have no monitoring networks at all. Satellite-derived estimates can help plug the gaps but ground-level monitoring is important for verifying its accuracy.

The State of Global Air report is also supplemented by an online interactive map, that can provide a quick grasp of the situation in specific regions.