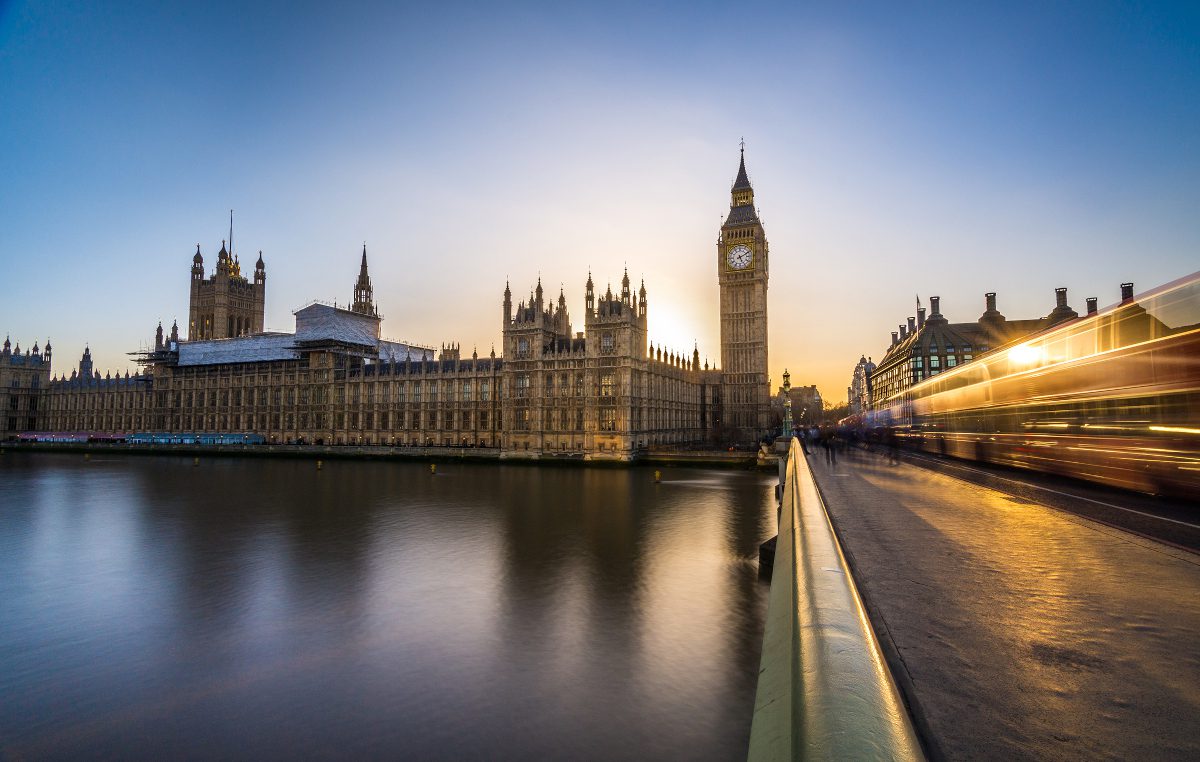 Quite apart from its seemingly frosty reception with global investors, the government’s Growth Plan 2022 policy statement also elicited bafflement from environmental commentators, many of whom seemed dismayed by an apparent “dash for gas”, and volte face on protecting the environment.

The mini-budget was unveiled by the Chancellor Kwasi Kwarteng on 23 September, headlined by energy support packages described shortly afterwards as “generous” by Ramboll MD Philippa Spence. Hers was a voice among many in the environmental sphere who seemed far more concerned about the implications of other elements of the plan, involving “removing barriers to the flow of private capital” through “cutting red tape” and “accelerating infrastructure delivery”.

The statement also mentioned “an end to the pause on extracting reserves of shale”, which had been announced by Liz Truss in early September. Commenting on the mini-budget, UK100 felt that “fracking is taking precedence over energy efficiency”.

Capping household energy bills at a maximum of £2,500 per year from October 2022, the Energy Price Guarantee had been warmly received when it was announced by Liz Truss on 8 September, and a similar scheme aims to take pressure off business energy users, the Energy Bill Relief Scheme. “Together,” said the statement, “these policies will significantly reduce inflation and support growth in the short term.”

When it came to energy efficiency, there were a few commitments mentioned, but it wasn’t clear if these were genuinely new, or substantial enough to matter. It said the government would “bring forward legislation to implement new obligations on energy suppliers to help hundreds of thousands of their customers take action to reduce their energy bills”. This is intended to prioritise “those most vulnerable” and “the least efficient homes in lower council tax bands”, and amounts to £1 billion over the three years from April 2023.

The government will also “imminently open applications for up to £2.1 billion over the next two years to support local authorities, housing associations, schools and hospitals with investment in energy efficiency and renewable heating.

“£3bn for boosting energy efficiency is promising,” said UK100, “but it’s unclear if this is new money and not just repackaged promises.” The group said the country was “paying the price of successive governments kicking the can down the road and not making our homes fit for the future.” It called for “a national drive on energy efficiency to permanently reduce household bills and accelerate progress on Net Zero.”

UK100 is hosting a summit on 17 November titled “Tackling the Energy Price Crisis”, focusing on the role of local and regional leaders in delivering energy efficiency upgrades.

Grundfos’ Glynn Williams noted “a welcome but temporary solution to the energy crisis”.

“Though fiscal relief has a role to play, more substantive solutions are needed while we wait for supply side schemes to come into effect.”

“This is a triple miss by the Chancellor – a missed opportunity to reduce our dependency on expensive gas, to create hundreds of thousands of jobs across the country and to cut our carbon emissions.”

It was “a shame” to have missed a chance to introduce stamp duty reductions for those who make their homes more energy efficient, said the group. Without any new support for the energy efficient retrofit of buildings, “our dependence on expensive gas will continue and the government will face an open-ended commitment to support energy suppliers, with the bill footed by taxpayers.”

“The UK has the leakiest buildings in Western Europe and a retrofit revolution will slash carbon emissions, make energy cheaper and provide an economic boost, creating hundreds of thousands of new jobs across the country.”

Bonfire of the protections?
Reforms to the planning system were long overdue in the eyes of the CBI and others, and the statement announced changes intended to address a system that is “too slow and fragmented”. This includes legislation – to appear in the coming months – to “reduce unnecessary burdens to speed up the delivery of much-needed infrastructure”.

Measures in the government’s sights include “reducing the burden of environmental assessments, reducing bureaucracy in the consultation process, reforming habitats and species regulations, and increasing flexibility to make changes to a DCO once it has been submitted.”

Many observers believed they saw a prioritisation of growth at the expense of the environment. And there seemed mounting horror as it became clear the statement might presage an attempt to revoke the 570 environmental laws previously rolled over from EU law after Brexit, covering areas like water and air quality, habitat protection and pesticide use. Quoted in The Guardian, Richard Benwell of Wildlife and Countryside Link, said this would be “legislative vandalism”, and having to rewrite these laws would introduce “an unacceptable delay” to the protection offered by existing laws.

NatureMetrics CEO Katie Critchlow noted a seeming departure from this government’s previous commitment to the findings of the Dasgupta Review, and its conclusion that “our economies are embedded within Nature, not external to it”. We are at a point where we surely need to “ramp up action to support our environment”, as the National Trust’s Hilary McGrady told The Daily Telegraph, and she said “this Government appears however to be heading in the opposite direction.”

The CPRE’s Sarah McMonagle said the government needed “to drop the false choice between the environment and the economy”.

An upside was apparent to the ENA’s chief executive David Smith, who felt that “Legislation to remove unnecessary barriers to the creation of essential energy infrastructure is a pragmatic step in the right direction, provided it doesn’t delay existing vital policy already in the works.”

Matthew Evans of law firm Fosters LLP said: “The ambition to streamline the consenting system is certainly a positive move and should be welcomed, however, the problem remains that without adequate resource, delays will continue.

He felt that, “with a planning system already grappling with the new requirements of
the Levelling Up and Regeneration Bill, it is unrealistic to expect a radical change in pace.

Philippa Spence, MD of Ramboll UK, said: “The planning system does need reform,
but not at the cost of our environment, already one of the most biodiversity depleted in Europe.”

“The government must seek to achieve efficiency and environmental enhancement simultaneously.”

“To truly unleash the potential of industries supporting the green energy transition
will also require clear policy signals that this is a long-term commitment, such as enabling onshore wind rather than resurrecting fracking.”

The planning reforms portion of the statement referenced onshore wind farms, which “can take four years to get through the planning process” – and no new ones have received planning consent since 2016.

Wind farms were also specifically addressed within a set of “sector-specific changes to accelerate delivery of infrastructure,” including “bringing onshore wind planning policy in line with other infrastructure to allow it to be deployed more easily in England”. Renewable energy firm Octopus’s CEO Greg Jackson welcomed onshore wind being placed “on the same playing field as other technologies” since “unnecessary red tape”, he said, “has meant it has taken on average seven years to build and connect a new onshore wind farm.” He added: “In reality, they can be built in months.”

Quoted in Edie, Friends of the Earth’s Mike Childs lamented the fact that “two-thirds of the infrastructure priorities” addressed by the plan are road schemes, and these appear alongside programmes intended to aid North Sea oil and gas development.

The statement mentions “reforms to accelerate roads delivery, including by consenting more through the Highways Act 1980, and by considering options for changing the Judicial Review system to avoid claims which cause unnecessary delays to delivery”.

“Deregulation on steroids”
The plans also reveal an intention to introduce “investment zones” across the UK, areas that can be targeted with specifically-tailored “tax incentives, planning liberalisation and wider support for the local economy.” The CPRE’s Sarah McMonagle dismissed these as “deregulation on steroids.”

“Successive governments have already severely weakened planning controls and the outcome has been a decade of disastrous design. CPRE’s own research in 2020 revealed that 75% of all new homes were mediocre or poor quality.”

“There’s a massive shortage of genuinely affordable homes in England – if the government wants to help increase development, then it must be the sorts of homes that people actually need. These new zones will be a failure if they simply allow housebuilders to build more large expensive properties that rather than the homes local people need.”

Evans of Fosters LLP said: “It remains to be seen what powers will be used to effectively de-regulate these areas.” He felt that “the legislative infrastructure is already there”, in planning terms, in the shape of the Town and Country Act 1990, which allows for simplified planning and enterprise zones in which it is easier to gain consent for certain types of project. It seemed likely that the new plan “aims to revive the idea, with most local authorities having never introduced such a zone.”

In her comments to The Daily Telegraph, the National Trust’s Hilary McGrady seemed alarmed that this portion of the plan amounted to “a free-for-all for nature and heritage”, and keen to raise the alarm about the government’s presentation of environmental protection as “burdens” and of investment and growth as being “pitted against nature and climate action.”