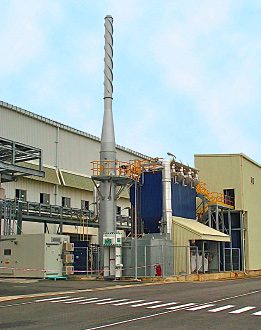 A fourth gas cleaning and energy recovery package from Acwa Air is helping a Vietnam province reduce its carbon footprint.
The NSG Group plant at Ba Ria in Vung Tau Province operates a chemical vapour deposition (CVD) plant producing glass with a coating for use in environment-friendly applications. The plant is the fourth in a series of contracts awarded to Acwa by NSG to prevent pollution from the coating system and recover energy for use in the process.
Designed and built in the UK in a series of modules, the plant was assembled in Vietnam using local labour under Acwa supervision and was in operation ahead of schedule.
The plant emissions are said to be “significantly better” than the local requirements and are achieving less than 10mg/Nm3 particulate, 10mg/Nm3 hydrogen chloride and 1mg/Nm3 hydrogen fluoride and a second production line is being considered.
The coating process uses complex organic tin salts and a mixture of other chemicals to generate the required surface on the float glass. The vent from the vapour coating process and associated chemical storage vessels is passed to a thermal oxidiser where the organic tin salts are broken down at high temperature into oxides of tin and hydrogen chloride gas.
Hot gases are discharged from the thermal oxidiser and 75% of the available heat energy is recovered in a boiler, generating steam, which is used for process heating in the CVD system. Any surplus steam is passed to an air-cooled condenser and the condensate is returned to the boiler.
The cooled flue gases, containing hydrogen chloride and hydrogen fluoride, are reacted with sodium bicarbonate, injected into the gas stream from a storage facility, producing sodium halide salts and carbon dioxide. The reaction rates with sodium bicarbonate are said to be extremely fast and transform the corrosive gases into innocuous salts.
Solids suspended in the flue gases – a mixture of sodium halide salts, excess sodium bicarbonate and metal oxides – are filtered from the process by a pulse-jet bag filter and discharged into sealed skips. Those solids may be recycled to recover tin.

Image: The plant was built in the UK then shipped to Vietnam for assembly by local workers. 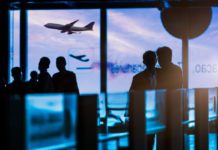