The countdown has begun for UK regulators who have until January next year to implement Europe’s new Directive on Industrial Emissions in British law. Steve Donnelly examines how the regime is changing. 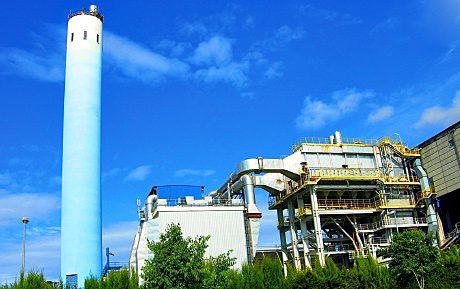 OPPONENTS of so-called red tape will welcome the IED with open arms. It replaces seven older directives in one go, significantly simplifying the legislative regime governing emission controls across Europe. The new directive (2010/75/EU) came into force on January 2011 and must be transposed into UK law by January 6, 2013. The expected route for this will be via changes in the Environmental Permitting Regulations (EPR).
New industrial operations covered by the directive must comply with the IED following next year’s January deadline while almost all installations that pre-date January 2013 will have an extra year to fall in line. The directive makes an exception for large combustion plants, which have until 2016. There’s also an extension till July 6 2015 for industrial activities in sectors that weren’t previously covered by the Integrated Pollution Prevention and Control Directive (IPPCD).
As well as the IPPCD, the IED supersedes the Large Combustion Plant Directive, the Waste Incineration Directive, the Solvent Emissions Directive, and three existing directives on titanium dioxide, governing disposal (78/176/EEC), monitoring and surveillance (82/883/EEC) and programmes for the reduction of pollution (92/112/EEC). Between them, these component directives apply to some 10,200 industrial installations in England and Wales, ranging from power stations to intensive poultry farms and from waste incinerators to dry cleaners.
As a reworking, or ‘recast’, of the previous legislation, large sections of the IED are completely unchanged from the component directives or adapted from them without substantial changes. But other sections will potentially have a real impact on the way plant operators run their activities.
The Department for Environment, Food and Rural Affairs has identified several key areas that are most likely to have an impact. First there are changes to the minimum requirements in respect of emission limit values applied to large combustion plants. This will be especially significant in the electricity supply industry. Then there are some sites that will fall under the IED regime for the first time, including more waste treatment activities, wood preservation activities and independently operated wastewater treatment works that serve industrial activities that are already subject to the IPPC Directive. There is also some clarification about how to apply the regulations to installations producing foodstuffs from a mixture of animal and vegetable materials.

The chief concept underpinning pollution prevention under both IPPC and the new regime is the use of best available techniques (BAT). It’s for the regulator – whether that’s the Environment Agency or the local authority – to determine BAT for each installation but the European Commission has provided some support in the form of a series of reference documents known at BREFs. The 29 BREFs each explore BAT for a particular activity, whether it’s livestock husbandry, large combustion or speciality chemicals production.
BREFs are drawn up based on information gathered from real-life operators across the EU so they reflect closely best practice and should be technically and economically sensible across each sector. In fact, DEFRA likens this approach to a form of self-regulation.
This idea of potential polluters taking responsibility for monitoring and managing their own emissions is also central to the way the Environment Agency currently promotes effective monitoring by operators, and this looks set to continue under the revised EPR. Operator Monitoring Assessment (OMA) programme is a key part of ensuring that industrial operators correctly monitor their effluent discharges to the environment, both to air and, more recently, water courses.
OMA is one of the main pillars of the EPR and was introduced to strengthen the Environment Agency’s auditing of operators’ self-monitoring arrangements. Underpinning this is the idea that both industrial companies and water utilities will be partly responsible for monitoring their own discharges under the operator self-monitoring (OSM) scheme. Under OSM all effluent must be measured, recorded and maintained within each company’s site permit limits, bringing the ownership of monitoring and compliance back to industrial operators. Companies wishing to achieve the maximum score for their assessments will have to use MCERTified equipment from the agency’s approved list or the BAT in order to score maximum points.
Having passed the Environment Agency’s testing requirements, MCERTified products and BAT are typically one and the same thing, increasing the likelihood of achieving maximum points and being readily accepted by the agency’s inspectors.
OMA initially applied only to emissions to air from industrial operations but in May 2009, OMA Version 3 extended the requirement for OMA to include discharges to sewers and water. At the time, the Environment Agency maintained that responsible companies facing OMA for the first time should not suffer from onerous extra costs and can even save money by reducing their waste and optimising their use of resources. After all, poor waste management often leaves companies losing energy, product and raw materials that might otherwise be recovered and re-used. There’s no reason why companies falling under the EPR for the first time with the new Directive shouldn’t enjoy the same benefits.
In addition, OMA results are publicly available, so a high score is valuable social capital in a market place increasingly concerned about whether organisations are operating ethically and sustainably and are a good neighbour to local businesses and residents. So the question many organisations are asking is: what they need to do to secure a high OMA score? Some elements include critical requirements, without which it is impossible to get the highest score, however assiduously an operator applies the remaining measures. One area where there is a definite hardening of policy is in the requirement to use monitoring equipment that has been certified as officially fit for purpose. This is managed under the MCERTS scheme which relies on the independent testing centre SIRA to test and certify measurement and monitoring equipment for use with environmentally sensitive emissions, including all the waste streams specified in an EPR application.
Like OMA, MCERTS started out on the air emissions side, so there is now a good choice of MCERTified equipment for every aspect of air emissions covered by the EPR. As long as existing equipment meets the required measurement standards it need not be replaced immediately. However, any new equipment must be purchased from the MCERTS list.
These lists may need to be revised where the IED is introducing significant changes. Take the revised ELVs for large combustion plant, for example. The permitted levels for some pollutants – most notably NOx – have been halved, which will leave some of the instruments on the previous MCERTs list struggling to meet the required measurement standard.
If in doubt about the impending changes, talk to a reputable instrumentation supplier to check that their current MCERTified equipment will still be considered fit for purpose under the new regime.

Steve Donnelly is a Sales Specialist at ABB Analytical.

Image: New industrial operations covered by the directive must comply by next January.