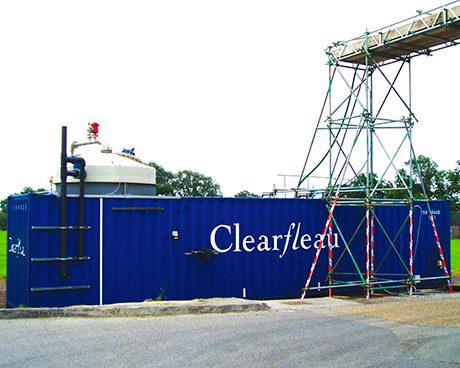 SIZE is becoming an issue in the anaerobic digestion sector with concerns that not all larger AD plants – generating 2MWe and handling about 70,000 tonnes of food waste, often hauled long distances – offer an effective means of dealing with bio-degradable wastes and materials that can be used as feedstocks, particularly in rural areas.

Wider use of smaller digesters for farm or food processing residues (and food waste in rural communities) provides an effective treatment solution and provides a local renewable energy supply; unlike wind power, biogas can supply base load.
However, development of smaller-scale AD is inhibited by complex regulation, access to finance and uncertainty on incentives.
Government policy for the past decade has focused on AD deployment for landfill diversion, with large centralised ‘merchant’ AD plants. Now UK policy makers are starting to recognise that smaller digesters will handle a wide range of materials, not only on farms for slurries, manures and other residues but for community projects using local waste arisings and on commercial sites, handling production residues and wastewaters for example.
According to Clearfleau, a company that builds on-site digesters for the industrial sector, it is time the benefits of smaller scale, on-site AD were more widely recognised.
In addition to projects already completed and plants currently under construction in the dairy, distillery and bio-fuel sectors, Clearfleau is developing a modular format for units producing under 250kW. This is a commercial version of its mobile trials unit, which undertakes three-month on-site trials.
The new design will offer a ‘plug and play’ approach to on-site AD. “Smaller industrial sites that produce lower volumes of residues can look at deploying this technology on their sites,” the company says.
“The modular anaerobic treatment plant is designed to operate on industrial sites that have lower flow rates and more limited biogas potential, with the option of putting the biogas to a boiler – qualifying for the current Renewable Heat Incentive RHI – or to a micro-scale CHP unit.”
Under pressure from British companies, DEFRA is showing more interest in the scope for smaller-scale AD plants. There is unexploited potential for such plants on industrial, farm or community sites but it’s believed regulatory and incentive regimes could do more to encourage the sector. British companies developing the technology are seeking changes to the Feed in Tariff regime, where it is argued that planned changes will hit smaller AD plants harder than larger ones.
Other European countries are looking at smaller-scale AD but there is an opportunity for UK based companies to take the lead in this emerging sector, creating jobs and improving the carbon footprint and environmental impact of farms, rural communities and industrial sites.

Sponsored Content: How can heat pumps save the planet?