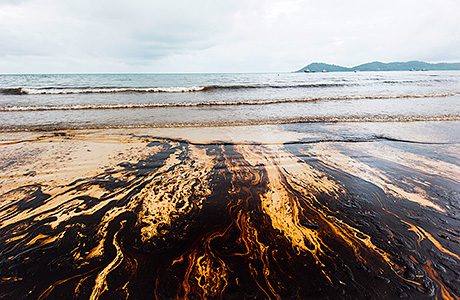 WHEN a chemical substance is spilled, someone has to clear up; this might be the person who spilt it or possibly a trained response team.

Whoever it is, are they prepared for the job or do they merely react to the situation when it occurs? Spillages are, at best, an inconvenience – for example, knocking over a cup of coffee on the desk. When the quantity is small or the substance is not very hazardous, people rarely think about the consequences of dealing with the problem. But what happens if a few litres or more of a very volatile solvent are slowly spreading across a laboratory floor? What about a 1,000- litre container of a highly toxic or corrosive waste that has just been punctured during loading? How do you deal with a road tanker that has rolled over and leaked several thousand litres of a pesticide into a stream? These incidents are likely to be much more hazardous and potentially present more risky situations.
The final effects of a spillage will ultimately depend a great deal on who deals with it and how competent they are at their job. If the response is quick and effective, the size of the spill can be reduced and the time taken to clear it up minimised. But how would the incident be handled if it happened in an area where many people are working? How would a response change if there was a spillage on an open road? To ensure an effective and efficient response, it is no use purely reacting to the incident as it unfolds – preparation, planning and training are the key to reaching a proper outcome. That preparation should start long before any incident happens; it must begin with creating response plans based on known and potential types of incident. Plans need to consider the types of incident that could occur, where they might happen, the nature of the hazards and the likely risks presented. Planners should consider the make-up of the response team – but not in terms of who does which job, but in what roles are required – because you can guarantee that on the day of the ‘biggie’, the person nominated as the incident commander is on holiday and someone else will have to fulfil that role. Planning should also consider the availability and location of the correct personal protective equipment and respiratory protective equipment (PPE and RPE). It will need to take into account how to get to the incident – is it just local on the working site or remote from it? Does the approach made by the responders put them at risk? Some of the other questions to ask might include:
• How quickly can we obtain information on the substance and can we interpret it?
• Do we have a system for assessing the risks of the situation before implementing a response?
• How do we communicate with each other/other people while working on the spill? How do we handle the waste material generated? These four are just the start, there are many more.
Lack of information and equipment may mean a large quantity of a substance is released before an effective response can be made. Training staff to know when and how to provide a quick and safe method of reducing the quantity or rate of release may make all the difference. Also, being able to interpret the data about the physical properties of a chemical as detailed on a safety data sheet (SDS) gives responders an understanding of how the chemical may behave once released. Armed with this knowledge, they can make an informed assessment of the risks they are likely to be facing.

However, improper planning may lead to responders being exposed to substances that can have potentially severe effects on their health. Other implications worth consider- ing are workplaces becoming idle for extended periods with loss of production, thousands of pounds worth of damage, environmental pollution, large clean-up costs and legal action. The legislation that deals with the storage, transportation and handling of chemicals and other substances all contain sections on training staff to know what they are working with and how to respond to any incident. The Control of Substances Hazardous to Health (COSHH) Regulations and The Control of Major Accident Hazards (COMAH) Regulations are just two of many that cite a requirement for having plans in place.
But plans are no use without testing. For example, the COSHH Regulations state “the employer shall ensure that procedures, including the provision of appropriate first-aid facilities and relevant safety drills (which shall be tested at regular intervals), have been prepared which can be put into effect when such an event occurs” (Regulation 13 paragraph 1). In effect, this is saying you should have a spill response procedure and it should be tested. Therefore, it is not much good trying to implement the procedures in your well-written “guidance in the event of a spillage” if you don’t actually know what they are and the first time you see them is when an incident occurs. Regulation five of the COMAH Regulations requires lower-tier operators to prepare a document setting out their policy for preventing major accidents – one of the key areas included is planning for emergencies. Top-tier operators need to prepare safety reports and these have to include the same information as the lower-tier sites. In addition, there is a requirement to “prepare and test an on-site emergency plan”. The time spent in preparing, planning and training to address the requirements for a rapid, well-informed and effective response to a spillage is time well spent – and so is actually exercising your response plans. Wouldn’t you prefer to find out during an exercise that it takes just five minutes for the team to arrive and another hour for everyone to sort themselves out with PPE, rather than discovering the same when you are dealing with the real thing and ankle-deep in hydrochloric acid? The aim of writing and testing a plan is to enable an organisation to have a sound framework on which to implement an effective spill response. It creates a mechanism for closing an incident in a safe, quick and environmentally sound way. No two spillages are exactly the same. However, the methods used to approach, assess and handle the incident fundamentally are; without them, those called to deal with an incident are going to be disorganised and merely react to the situation as it happens. Take time now to review your current spill response plans to determine whether you have rapid access to the right information, equipment and personnel to handle your next chemical spillage.
• This article originally appeared in the November 2013 edition of Resilience magazine. The author has been a member of the UK’s National Chemical Emergency Centre (NCEC) emergency response team and is now a technical consultant providing advice, information and instruction on chemical hazards, risks and handling to industry and the UK Fire & Rescue Services.