IN February 2012, West Lothian Council decided to trial the Smart Sponge® Ultra Urban Filters at the downpipes for the A899 Road Bridge, a four-lane carriageway, over 700 metres long, which drains runoff directly into the River Almond through four 225mm diameter pipes. The intention was to see how much hydrocarbon pollution could be prevented from entering the river.
The Council decided to trial the Naylor Smart Sponge® Ultra Urban Filters (UUF) positioned at the base of the down pipes from the bridge – one of several Smart Sponge® bridge solutions available. It was chosen to allow ground level easy access for monitoring and changeover purposes.
Four UUF units were installed in February 2012 and monitored by SAC Consulting under an Environmental Monitoring Contract with West Lothian Council as part of its remit to monitor various water courses. The four units were removed in October 2013 and found to have absorbed over 48 litres of hydrocarbons from the run off into the river as well as high levels of silt & sedimentation changing the liquid contaminant into a solid waste.

According to Naylor, the project has successfully demonstrated the ability of the product to absorb hydrocarbons from the runoff from the bridge and – of the three treatment options available in the Smart Sponge® product range – the Ultra Urban Filter provides the greatest absorption rates whilst also intercepting detritus from the bridge deck.
Graeme Hedger of West Lothian Council said”: “The pilot scheme has tested Smart Sponge®products in a variety of challenging locations. Evidence from the monitored trial suggests the products are effective at intercepting and locking up hydrocarbons in runoff preventing pollution from reaching receiving watercourses helping the council meet its obligations under the European Water Framework Directive. The use of Smart Sponge® products is to be continued beyond duration of the pilot scheme in a number of the locations included in the pilot scheme.” 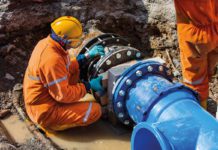 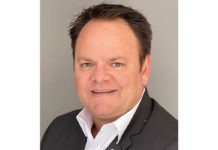