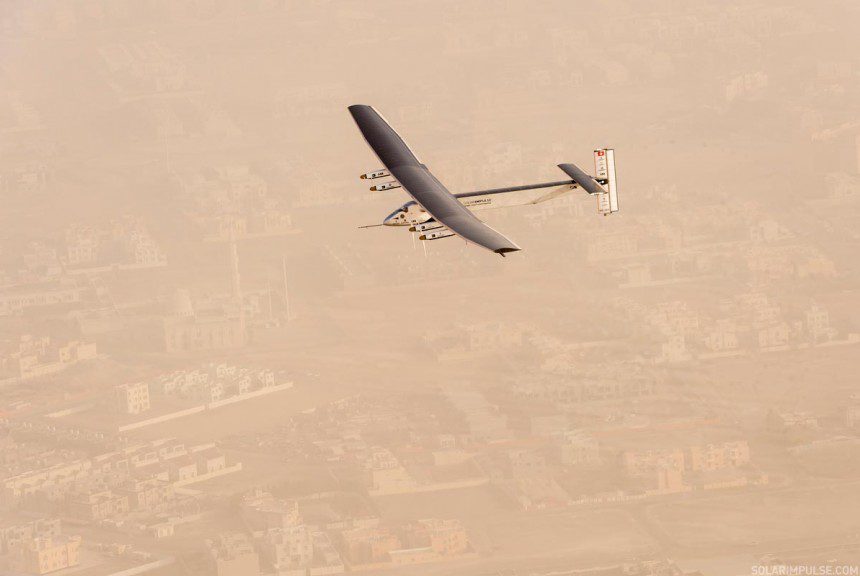 An attempt to fly round the world using solar powered-propulsion began on 9 March. Employing 17,000 solar panels on its wingspan and fuselage, the Solar Impulse 2 will aim to complete the 21,747-mile journey over the coming months, stopping off at a number of locations, to rest, refuel and spread a campaigning message about the viability of clean technology.
During that time the craft, which has a wingspan of 72m – greater than a 747’s – and weighs around 2.3 tonnes, will fly at around half of its top speed of 87 mph. The four motors powering the SI 2 are said to generate about half the power of a motorcross bike, but only lose about their 3% of their energy through heat, compared to around 70% losses conventionally.
The craft’s predecessor – Solar Impulse 1 – has already completed a journey across the US in 2013.
The journey will be an exacting one for its two pilots, who will have to remain attentive for long periods with little rest, including two gruelling legs across the Pacific and Atlantic Oceans, during which the craft will fly for several days and nights non-stop.
And the cockpit – at 3.8 cubic metres, little bigger than the passenger compartment of a Volvo – also has to house life support systems, food and other supplies, in addition to the pilot’s reclining seat which serves as bed, chair and toilet.
Both Swiss, the pilots are Andre Borschbeg, a former air force pilot and latterly internet entrepreneur, and Bertrand Piccard, a psychiatrist with a background in similar adventures, having been part of the 1999 team that first circumnavigated the Earth by balloon. His father, Jacques Piccard, was also the first to reach the deepest point in the ocean, the Mariana Trench, in 1960. 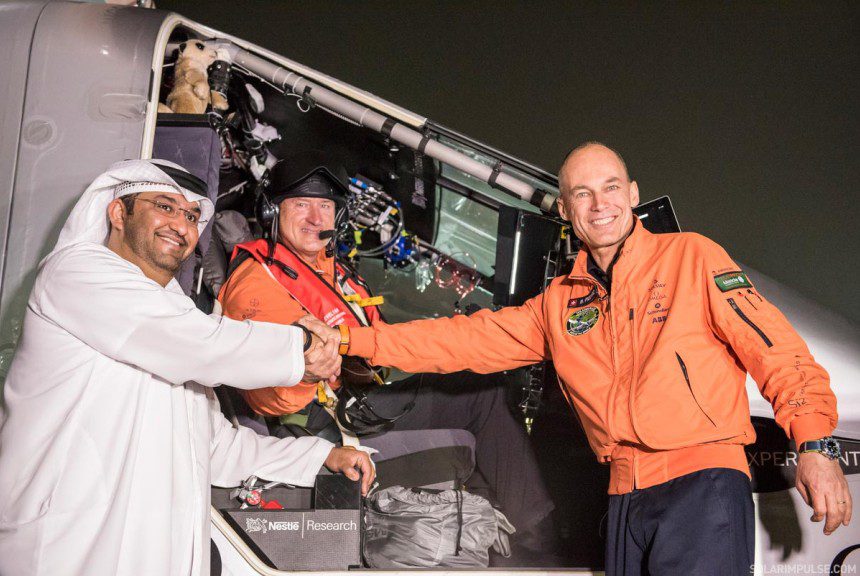 Pilots Andre Borschbeg (seated) and Bertrand Piccard at takeoff for the first leg from Abu Dhabi to Oman, completed on Monday, 9 March.