On 27 August the Government announced a series of proposals to control the costs of the feed-in tariff (FIT) scheme for small scale renewable energy projects, including steep cuts to FIT payments and the possibility of closure of key elements of the scheme.
The measures include revised tariffs based on the latest technology cost data, a more stringent degression mechanism, and deployment caps that will lead to a phased closure of the scheme in 2018/19.
Revised tariffs for businesses generating electricity from roof-top solar and small wind turbines will come into effect from January 2016, with the amount being paid falling to 1.63p per kilowatt hour from a current level of 12.92p for a new residential solar system.
Despite the consultation leaving AD tariffs unchanged for now, the proposal to limit the FITs scheme to a maximum overall budget of £75-100 million from January 2016 to 2018/19 will have a disastrous affect on investor certainty and therefore any further deployment, according to the Anaerobic Digestion and Bioresources Association (ADBA). DECC are proposing to support just 17 new AD plants in 2016.

The rationale behind the new measures
The new measures are intended to ensure that consumers who pay for the schemes through their bills get the best deal possible. A fall in the cost of deploying renewable energy technologies – by more than half in some bands – has led to unanticipated growth in the number of installations, with the costs exceeding DECC’s expectations.
DECC said it was “proposing measures to place policy costs on bills on a sustainable footing, improve bill payer value for money, and limit the effects on consumers who ultimately pay for renewable energy subsidies.”
If costs aren’t limited to £100m by 2018/19, DECC said it “would be forced to end generation tariffs for new applicants as soon as legislatively possible, which we expect to be January 2016”.
The FIT scheme pays producers a subsidy for any electricity they generate, plus a bonus for any energy exported back to the national grid. Launched in 2010, it has proved hugely popular and has been viewed by renewables industry lobbying groups as a vital ingredient in the quest to become subsidy-free in the near future.

Renewables industry response
The new measures have been widely criticised in the renewables industry. Philip Sellwood, Chief Executive of the Energy Saving Trust, said the proposals meant there was now no incentive left for the consumer to get involved in renewable energy. He commented: “Our calculations show that, given current prices for this technology, under the new proposed Feed-in Tariff rate a standard solar PV installation is no longer cost effective for householders. Based on the new rate, the price of a typical solar panel installation will need to fall by over £800 for an investment in this technology to be cost-neutral for a typical home.
“We are as keen as the government to see solar panels being financially viable for homes without the need for the subsidy. But these cuts come too soon and are too sharp and there is little incentive now for the consumer.
“The Feed-in Tariff has been extremely successful in driving the uptake of solar panels in the UK which has helped PV prices to fall by nearly 70 per cent over the last five years*.
“There has been a real solar revolution with more than half a million homes fitted with panels. These homes have lower electricity bills and emit less carbon and receive regular Feed-in-Tariff payments that help pay back the investment in the panels.
“We are also concerned about the impact on business. In the UK we have around 3,000** accredited businesses installing Solar PV – all will now be unsure of the future of solar following this damaging blow. Reducing the rate so drastically leaves installers little time to diversify and to stay afloat during this period of uncertainty.”

Not the time to”dismantle foundations”, says AD industry body
Commenting on the document, ADBA’s chief Executive, Charlotte Morton, said: “The FIT consultation proposes restricting support for anaerobic digestion to just 17 new plants next year – which would effectively mean an 80% cut in investment for an industry which deployed 89 clean baseload power plants in 2014.
“This should be the time to build on our foundations, not dismantle them. Support of AD offers a fantastic return on the taxpayer’s investment, providing baseload electricity to help keep the lights on, offering cost-effective greenhouse gas reductions and growing a domestic supply chain which can export to the world.
“If DECC’s current proposals go ahead, the results would prove disastrous for the renewables industry, and for the UK becoming a high-productivity leader in the world’s green economy. It will lead to higher consumer bills in the long-term, a greater reliance on energy sourced from volatile parts of the world, and an uncertain future for UK farming resilience, all in the year when the Prime Minister wishes to take his stand as a global leader in pledging substantial carbon reduction targets.

Fossil fuel subsidies
A statement from the Centre for Alternative Technology commented: “Whilst this Government may protest about the amount of money spent growing the clean energy sector, it is important to remember that kick-start subsidies are only temporary measures and if they are cut too sharply the uncertainty created in these vital new markets actually devalues the money invested to date.”
“Furthermore, it must be recognised that the long-mature coal, gas and oil energy markets also get generous and on-going subsidies and incur additional externalised costs that occur at some point in the future or in other places.

Consultation complaint
Charlotte Morton of ADBA appeared to be especially disappointed at the lack of consultation with the renewables industry. “The last thing British clean energy needs is boom and bust: limiting industry’s growth in this way, especially before DECC has even consulted on appropriate support levels for the technology, will inevitably mean dismantling teams with global ambitions and losing jobs. We will be working with our members to respond strongly to the proposals and demonstrate the excellent value for money which AD provides.” 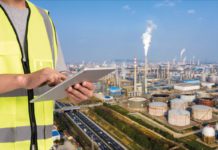