Scotland has been named one of the world’s top circular economy nations, receiving a global award for its work to make things last.

The Scottish Government – representing itself and its key agencies – was the recipient of the Award for Circular Economy Governments, Cities and Regions at the Circulars Awards, presented at the World Economic Forum Annual Meeting in Davos on Monday 16 January.

Billed as the world’s premier circular economy awards, the programme saw Scotland one of six finalists alongside organisations from China, Canada, South Africa and Europe. The award recognises partnership working between the Scottish Government, Zero Waste Scotland, SEPA and Scottish Enterprise to further the circular economy.

Commenting on the announcement, Zero Waste Scotland Chief Executive Iain Gulland said: “This award is testament to the hard work that’s going on in Scotland to make the most of the valuable resources we have and make them work for our future. It’s a clear endorsement for Scotland as a leader on the circular economy and signifies that our commitment to making things last is valued by the global community.
“Working together is key, and this is also a fantastic opportunity to share models and ideas to progress the circular economy across the globe. Zero Waste Scotland will continue to work with the Scottish Government and our partners to influence and enable change – advancing Scotland towards a truly circular future and maximising the economic, social and environmental benefits that will bring.”

Linda Hanna, Managing Director at Scottish Enterprise, said: “Winning this award is recognition of Scotland’s status as a global leader in the transition to a circular economy. Scottish businesses are at the forefront of a new global opportunity to change how they do business and become more sustainable, innovative and international as a result. This is why we are committed to embedding circular economy practices across all of our support as it provides new routes to business and economic growth.”

Terry A’hearn, SEPA’s Chief Executive, said: “This award is not only great recognition for the ground breaking steps taken by our government to implement a truly circular economy, it also highlights the importance of partnership working to achieve this vision. Most importantly, it empowers SEPA and other organisations such as Scottish Enterprise and Zero Waste Scotland, to help business and industry make practical changes.

“There is no shortage of circular economy speeches and documents. Our Government’s policy stands out because it enables real action, in real markets, to drive real resource efficiency gains. Our own approach to regulation is driven by the importance of One Planet Prosperity and of living within our planets ability to sustain us, which is impossible without the solid foundation of a resource efficient economy.”
The Scottish Government has placed the circular economy at the core of Scotland’s Economic Strategy and Manufacturing Action Plan, and its Making Things Last strategy highlights priority areas with the greatest opportunity to deliver economic, environmental and social benefits.

Scotland’s circular economy achievements to date include flourishing collaboration between business and academia through the Scottish Institute for Remanufacture; two large-scale re-use and repair hubs in Edinburgh and the Highlands; and widespread support for Scottish businesses to develop circular economy models and services, including through the £18million Circular Economy Investment Fund. 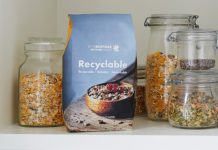 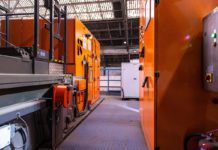 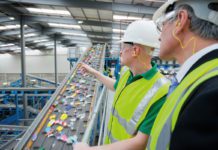