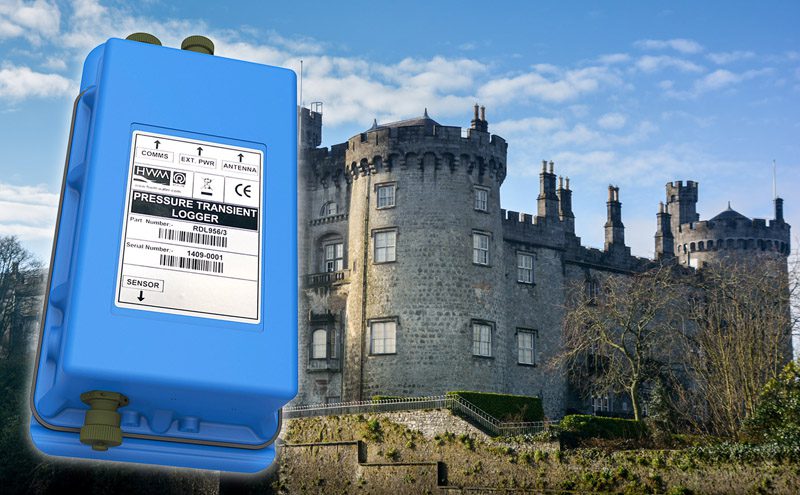 EMR Integrated Solutions and Kilkenny County Council (KCC) set up a pilot scheme to investigate the advantages of deploying PTLs on water distribution networks on a permanent basis. EMR and KCC installed two HWM PTLs on the network in South Kilkenny, at Owning and Piltown.

The selected section of the network had been prone to occasional bursts. The traditional course of action was to repair the pipeline until funding was made available to replace the pipeline completely.

Both PTLs were located upstream of a pressure reducing valve (PRV) and connected to hydrants for the duration of the pilot. The PTLs were totally enclosed in the hydrant chambers, communicating via GPRS. Agnostic SIMs allowed for automatic best-network selection for data transmission. HWM’s free programming software enabled engineers to carry out a GPRS test directly from the logger in the chamber.

After the burst repair was carried out, EMR installed a second PTL closer to the burst location. The two transient notifications still occurred on a daily basis at the same times, while the pressure transient events were dramatically larger than the original transient recording.

EMR investigated further with council staff and discovered that the local PRV, which was installed to conserve water, was actually causing the pressure transients. The PRV had a day / night controller set to operate daily at 5:00 and 23:00.