Increasing use of renewables is translating directly into cuts in fossil fuel consumption in Europe, according to a report released on 4 April by the European Environment Agency (EEA). The figures suggest Europe is on track to meet its 2020 emissions targets, but will fall short of the 2050 ones without a further acceleleration in uptake.

The study, Renewable energy in Europe 2017: recent growth and knock-on effects, said energy use from renewables rose to 16.7% of Europe’s total in 2015, up from 15% in 2013. And growth in the use of wind and solar energy allowed Europe to reduce its fossil fuel consumption and greenhouse gas emissions by 10% in 2015.

Renewables uptake is unevenly spread across Europe, said the report, shouldering around 30% of the power burden in some Scandinavian countries compared to a mere 5% in Malta.

Coal was the most substituted fuel across Europe – accounting for around half of all avoided fossil fuels – followed by natural gas, which made up 28% of the same total.

The figures are heartening because they show that the dropping cost of renewables is having a real impact in Europe, said Louis Shaffer, Distributed Energy Segment Leader EMEA, with power management firm Eaton. Still, he said, it’s clear more needs to be done.

“The rapidly falling cost of battery storage especially is creating a timely opportunity to make renewables a viable option for businesses and home owners. Storage allows them to maximise green energy consumption while lowering their energy spend. Widespread uptake of storage across multiple sectors is needed to adequately impact Europe’s renewable roll-out and emissions cuts.

“Transitioning to clean energy and cutting harmful emissions requires contributions across the board. Governments and regulators need to ensure transparent and open energy markets. End users are increasingly aware of the advantages of on-site energy storage coupled with renewables. Putting this all together, we see that the shift to energy storage and increased use of renewables will embed sustainable energy and the widespread transition to a smarter, environmentally-friendly energy supply across Europe.” 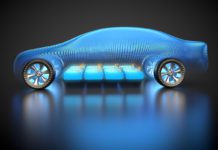 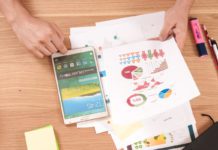