A new foam material developed at Argonne National Laboratory in Illinois appears to offer a major advance in the effort to clean up oil spills near shore lines, where dispersants cannot be used easily.

The material is made of polyurethane or polyimide plastics coated with silane molecules – the latter have an affinity for oil and can be used to capture or absorb it. With just the right amount of silane coating, the material will absorb oil while also allowing it to be released afterwards, so the material can act like a sponge and its contents can be reused.

This contrasts with existing ‘sorbents’ used in oil clean-up operations, which are simply discarded after use and the captured oil incinerated.

This soak-up-and-release capability has been demonstrated in laboratory tests, displaying no significant changes in the material’s capacity. The results of an additional test, to establish whether it could be used with a large oil spill in the sea, are as yet unpublished but appeared in an early March edition of NewScientist.

During the latter test, which was conducted in December at the National Oil Spill Response Research & Renewable Energy Test Facility in Leonardo, New Jersey, the sponge material was placed within mesh bags which were immersed in a pool used to test oil-spill-response measures, and placed in the outflow path of a pipe spewing crude oil. Subsequently, the used material was squeezed to remove the oil. And this process was repeated several times.

According to the researchers, the silane-coated foams “did way better than either the untreated foam that we brought or the commercial sorbent,” according to comments made in NewScientist.

Tests have yet to establish whether the material can perform under the high-pressure conditions of the deep sea environment. But the results so far suggest it as a significant advance in the armoury of shoreline spill-response teams.
The material’s creator Seth Darling, suggested that the foam could be warehoused near high-spill-risk areas, such as on oil rigs or in areas where there is a high volume of marine traffic, ready for quick deployment. 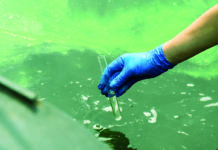 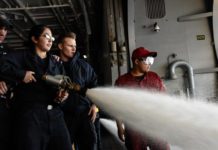 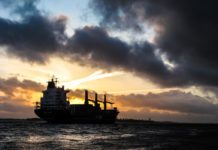 Report pulls back the curtain on chemical pollution in the ocean