Milwaukee Metropolitan Sewerage District (MMSD) serves a population of 1.1 million across 28 communities on the shore of Lake Michigan. Since 1994, MMSD has used a widely admired system of deep tunnels to store storm water prior to treatment, a system that has prevented more than 100 billion gallons of pollution from reaching Lake Michigan. Pulsar Process Measurement has supplied MMSD with a number of Ultra 3 non-contacting ultrasonic measurement devices, now being used to successfully monitor flow rates on “approach channels” 70 to 120 feet underground.

Measurement of flow rates within the approach channels is crucial to controlling the overall system, and MMSD embarked on a programme of proactively replacing the aging equipment. Key to the competitive RFP (Request For Proposal) official process was the need to identify an instrument that would be very reliable in the field, deliver a high output, and offer intrinsic safety. The flow rates in the channels can be very high and could easily rip a contacting sensor from the channel, so Pulsar’s maintenance-free non-contacting approach offered a perfect solution. Pulsar proposed a three-relay Ultra 3 wall-mounted controller along with high-powered dB Series transducers. Twelve units were purchased in the first phase, and both the controllers and transducers were supplied with integral IS barriers. Despite the equipment being stationed deep underground, a significant temperature gradient meant that Pulsar’s in-built temperature compensation features were important.

Pulsar staff and the experienced local rep, Rick Klosner of Berg-Johnson Associates, supported MMSD in software setup and configuration of the Ultra 3 units, with the central control system being used to calculate the flow rate.

The successful implementation of this first phase has led to a further order of a similar number of units. On-going operation and maintenance of the process lies with MMSD’s principal contractor, who have reported that they have had zero issues with Pulsar’s equipment and are pleased with its ease-of-use. 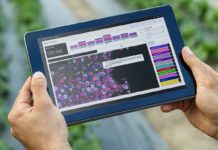