Jo Bradley has a long-standing professional interest in surface water runoff pollution, both with the Environment Agency and in her current role as Market Development Manager with water infrastructure firm SDS. She offers an overview of this kind of pollution, existing regulatory issues and solutions such as the use of sustainable drainage 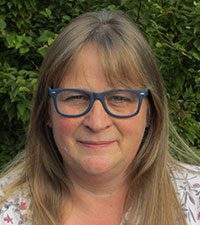 Major flood events remind us regularly of the compelling case for building better resilience to surface water in the face of relentless climate change. Periods of intense rainfall are now more likely and there is a pressing need to keep our roads, homes and businesses protected from stormwater while safeguarding the natural environment that surrounds them.

But hard-hitting headlines have tended to focus flood policy and interventions on preventing the devastation caused by water flows and volumes, rather than the insidious and often invisible hazards caused by the pollution carried in the water.  Yet, when it rains heavily, hazardous pollutants are washed off impervious surfaces into the sewer network, as well as into rivers, streams and groundwaters.

Surface water flooding can lead to pollution for a number of reasons: too much stormwater in an over-stretched drainage infrastructure can cause sewer flooding and lead to polluted outfalls from Combined Sewer Overflows. There’s also the potential for industrial pollution incidents from wash-off of hazardous chemicals from at-risk sites, as well as from firewater. All these acute sources of water pollution are important, and are subject to specific regulation and controls.

However, it’s the chronic everyday impacts of pollution picked up and carried in surface water runoff and into our rivers, streams and groundwater that are the most overlooked and neglected.

Before joining SDS, I spent 25 years at the Environment Agency where I developed a close interest in water pollution issues and a passion for raising awareness of the impact it can have.  Pollution is caused by the silts and sediments that get suspended in the surface water and by the hazardous substances that bind to them.  Some types of pollutants become dissolved in the water.

The nature of the pollutants is more threatening at high-risk locations such as commercial and infrastructure developments with extensive impermeable areas, for example where there are large numbers of vehicle movements, and for heavily trafficked urban highways, trunk roads and motorways.

The pollution is caused by tyre erosion, dust from brake and clutch pads, engine wear, exhaust emissions, and oil and fuel leakages.  The pollutants of most concern are metals, particularly copper and zinc, and a spectrum of chemicals known as polyaromatic hydrocarbons (PAHs), including benzo[a]pyrene.

Under the umbrella of the European Water Framework Directive, a patchwork of regulations cover water pollution across the devolved regions of the UK.  Scotland has done most to encourage better water quality from urban drainage, under the Water Environment (Controlled Activities) Regulations (2011).

In England and Wales, regulators have powers under the Environmental Permitting Regulations (2016) to order operators to apply for a permit where there is a risk of water or groundwater pollution, although treatment schemes are often introduced through voluntary arrangements.

During my career, I’ve become convinced that Sustainable Drainage Systems (SuDS) are the best way to deal with surface water.  The principles of SuDS, quite rightly, put water quality and quantity on an equal footing.

Policymaking and guidance on SuDS particularly in England has concentrated on planning regulations for new developments and has focused more on controlling the quantities of water, runoff rates and volumes.  Implementation has also been slowed by a lack of certainty about who owns and maintains the SuDS feature once it has been installed.

Progress towards better protection has been hampered because measurement and monitoring of  the pollution caused by surface water runoff in the water environment is extremely limited.  It is also poorly controlled as a consequence of inconsistent permitting across in the UK.

On low-risk sites, such as residential developments or pedestrian areas, pollution prevention may not be a key concern unless the receiving environment is very sensitive or the discharge poses a risk to a protected species. So, an effective SuDS system that uses attenuation to manage flows and storage to manage discharge volumes may be sufficient to treat any low-levels of pollutants. Slowing the flow of the water and holding it in ponds, basins, below-ground tanks or swales, will allow time for pollutants to be broken down.

Where there is space for them, vegetative components encourage wildlife habitats and can often double as amenities for the local community. In a well-designed pond, for instance, the mechanisms which break down pollutants range from nutrient uptake in plants to breakdown by the sun’s rays, so that the capacity to mitigate pollution can be impressive.

On higher-risk sites such as retail car parks, industrial facilities, freight and logistics centres, as well as motorways and trunk roads, the nature of pollutants is very different. Even at very low levels, the persistent, toxic and bioaccumulative pollutants in runoff can cause harm to the aquatic environment.  Sediment settles out in rivers and streams, blocking up gravel spawning grounds and limiting the light penetration for plants to grow.

Not all pollutants can be broken down biologically.  Indeed, dissolved metals cannot be broken down at all and copper and zinc are directly toxic, so will affect aquatic species as soon as they enter the watercourse.

Metals in runoff have been shown to reduce species numbers of both macroinvertebrates and photosynthesising algae in rivers and streams, which in turn affects fish and other aquatic species by reducing the amount of food available to them.

In such cases, with the best intentions, using vegetative SuDS components alone may be storing up problems for the very environments they are designed to protect.  The pollutants are attached to silts and sediments and, when the runoff is passed directly into vegetative SuDS devices such as ponds, basins, swales and reed beds, the metals will accumulate and, depending on the design, may infiltrate to ground.

It makes no sense at all to design vegetative treatment devices and protect habitats for wildlife and then to contaminate them with toxic metals and hydrocarbons.  They cannot be dealt with simply by slowing the flow of the water, allowing the sediment to settle out and relying on micro-organisms to do the rest.

So, it will be important to incorporate additional components to protect the vegetative devices, stop them from silting up and allow them to work properly.  Installing a hydrodynamic vortex separator such as the SDS Aqua-Swirl™ upstream of a pond or wetland will remove gross pollution where high pollutant loads are expected and prevent solids from passing forward into the vegetative component.

For even more challenging sites, SDS Aqua-FilterTM combines separation and filtration technology to remove both suspended solids and soluble pollutants. It can be especially valuable at highly-sensitive locations or where there is no space to include vegetative features.

Especially for high-risk commercial and industrial sites, using a number of SuDS components in series can be the best way of controlling flooding while also treating sediment-bound and dissolved pollutants. The components work together to manage the pollutants effectively and to keep persistent bioaccumulative chemicals out of the environment.

Incorporating manufactured devices as part of a management train also adds the reassurance of measured, predictable and independently-verified performance. Maintenance plans can be set and budgets planned according to the manufacturer’s recommendations.

The good news is there are a growing body of case studies demonstrating best-practice SuDS schemes through freely-available industry resources as well as manufacturers’ own websites.