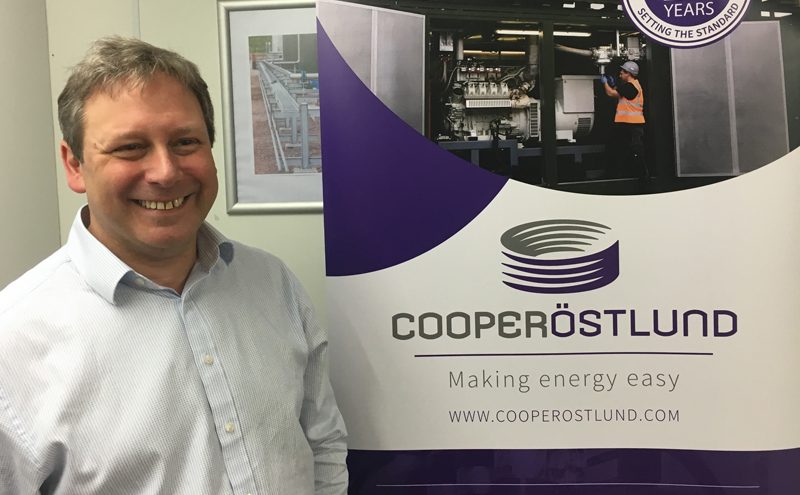 In December 2016, the Anaerobic Digestion & Bioresources Association (ADBA) launched its pioneering AD Certification Scheme (ADCS) – a forward-thinking initiative that aims to drive operational best practice across the co and tri-generation industries. Duncan McPherson, finance director at CooperOstlund, believes the scheme will prove a breath of fresh air and could help to revolutionise AD operations nationwide.

“Since the introduction of government-driven subsidies for generating renewable energy, including the Renewable Heat Incentive (RHI), Feed-in Tariffs (FiTs) and the Renewables Obligation (RO), anaerobic digestion (AD) has quickly shifted from innovative thinking to established technology. In fact, the number of UK AD facilities has grown by nearly 500% in five years – from 100 in 2013, to 578 in 2017.*

“Although continued degressions have seen this figure seemingly decelerate, more than 100 million tonnes of organic material is now treated by AD every year. Alongside diverting resource away from landfill and offsetting carbon emissions, this generates enough energy to power one million homes nationwide.

“While the majority of sites have been built using state-of-the-art design techniques and specified according to guaranteed feedstock levels, a small minority of projects have been rushed to achieve early commissioning and make the most of subsidy rates.

“As a result, we’ve visited facilities where sub-standard installations have resulted in catastrophic site performance and considerable financial implications. From incorrect combined heat and power (CHP) engine size specification and bad feedstock management, to poor calibration and even dangerous operational conditions, the worst cases have seen us decommission engines and specify completely new sites from scratch.

“For many years, we’ve been calling for an industry standard to define best practice – the consequences of getting it wrong from the outset can be significant. As an industry-driven, yet impartial programme, the ADCS ticks these boxes perfectly. For most, it provides reassurance for well-designed and well-operated facilities. For the minority, it provides helpful real-world guidance to effectively improve performance.

“In the long-term, adoption of this standard will also give regulators, investors and insurers the confidence to further invest in the industry post-subsidies – a critical part of future market development.

“As the AD industry continues to expand both in the UK and worldwide, the ADCS will play a vital role in setting best practice standards sector-wide. If adopted and utilised effectively, it will provide both an immediate and long-term impact.”

Anaerobic digestion sector to see taxes rise by up to 30%