Plans for a new 400MW pumped hydro scheme east of Loch Ness are to be unveiled in late June, providing new energy storage that is fundamental to Scotland’s renewable ambitions.

Storage is an essential enabler in the energy transition, allowing the Grid to store energy that cannot be absorbed naturally by consumers during times of peak wind or solar generation. Pumped storage hydro (PSH) is the cleanest energy storage technology currently available, offering the largest capacity.

The Red John scheme will see water pumped between Loch Ness and a newly created upper headpond which will use the natural topography between Loch Duntelchaig, Loch Ashie and Loch na Curra and Lochan an Eoin Ruadha, from where the development gets the Red John name.

The developer of the Red John PSH, Intelligent Land Investments (ILI) of Hamilton, says it is also keen for the community to take a stake in what could be a ‘transformational’ development.

Mark Wilson, CEO of ILI, said: “Renewable energy capacity in Scotland has more than doubled since 2007, but due to its intermittent nature there is a need to store surplus energy from sources such as wind so it can be used when we need it most.

“Pumped storage hydro is the largest and cleanest form of energy storage that currently exists – and a key enabler in helping Scotland meet its green energy ambitions.

“As well as dramatically improving our energy security, this transformational proposal is a fantastic opportunity for the community to benefit from the energy transition while helping turbo-charge Scotland’s decarbonisation efforts.”

It is anticipated that the construction phase will create between 200-300 jobs and, once complete, Red John would be able to provide 2.4GWh of storage capacity for the Grid over a six hour period.

Ofgem say a GWh is enough to power around 1million homes for an hour. This would mean Red John could power 400,000 houses when operating.

Going on display at Dores Community Hall on Wednesday, June 27 between 3pm-8pm and Thursday, June 28 between 3pm-9pm, the plans would create a 100m underground power cavern with a penstock, or pipe, of 2,650m.

ILI, which says proposals for the Red John project come in response to increasing demand for energy storage, has also held preliminary discussions with the community council on community ownership, as well as establishing a community benefit scheme.

For further information about the Red John development, visit www.redjohnpsh.co.uk. 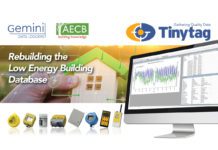