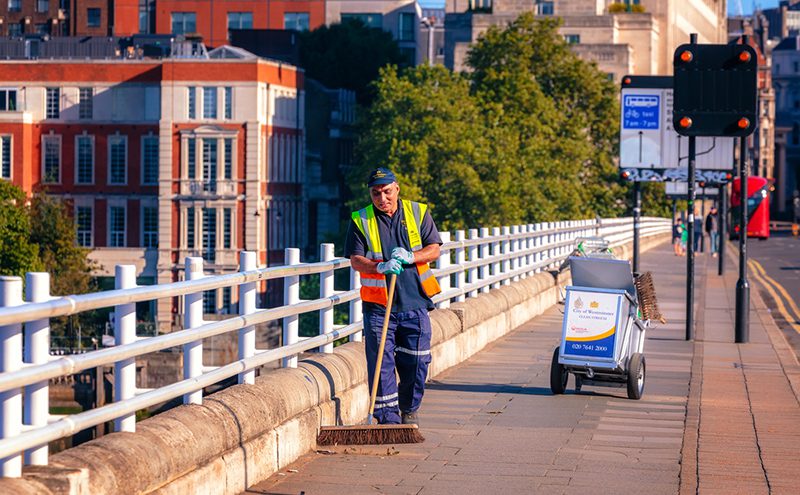 London is among a group of major world cities that have signed an agreement committing themselves to significantly cut the amount of waste they generate, accelerating them on the path toward zero waste.

The signatories announced their commitment to C40’s Advancing Towards Zero Waste Declaration on 28 August. By doing so, they have pledged to cut the amount of waste generated by each citizen by 15% by 2030, reduce the amount of waste sent to landfills and incineration by 50% and increase the diversion rate to 70% by 2030. Signatory cities and regions include Auckland, Catalonia, Copenhagen, Dubai, London, Milan, Montreal, Navarra, New York City, Newburyport, Paris, Philadelphia, Portland, Rotterdam, San Francisco, San Jose, Santa Monica, Sydney, Tel Aviv, Tokyo, Toronto, Vancouver & Washington D.C

The 150 million citizens that live in the 23 cities and regions are accelerating the transition to a zero-waste future and will avoid the disposal of at least 87 million tons of waste by 2030, said a statement from the C40 group.

Mayor of London, Sadiq Khan, said: “Earlier this year my Environment Strategy set out bold and ambitious targets for cutting waste in London. That means no biodegradable or recyclable waste sent to landfill by 2026, and cutting food waste and associated packaging by 50 per cent per head by 2030. It also means working hard to reduce single-use plastic bottles and packaging which can end up overflowing our landfills and finding their way into our oceans. Cities around the world must work together if we’re going to make real progress in cutting waste.”

Such bold commitments, made ahead of the Global Climate Action Summit in San Francisco, are essential steps in delivering on the highest goals of the Paris Agreement and keeping global temperature rise below 1.5℃.

Worldwide waste generation is increasing faster than any other environmental pollutant, and action in this sector can have a much faster and greater impact in combating climate change. For instance, the 1.3 billion tonnes of annual worldwide food scraps sent to landfills each year decomposes into methane, which is a much more potent greenhouse gas than CO2 and already accounts for 25% of current global warming. Transforming solid waste and material management systems globally could reduce global emissions by 20%.

That is why mayors of the world’s urban centres are accelerating the transition towards a zero-waste future. Mayors have committed to taking ambitious, measurable and inclusive actions to reduce municipal solid waste generation and improve materials management in their cities, both key to making our urban centres cleaner, healthier, more resilient and inclusive. Better waste management can also create jobs and economic opportunities for social entrepreneurs and vulnerable communities.

Specifically, signatory cities will implement bold actions, including:
• Reduce food losses and wasting of food at the retail and consumer levels by decreasing losses along production and supply chains, minimizing the production of surplus food, and facilitating safe food donation and by-products for feed production.
• Implement source separated collection for food scraps and other organics and treatment infrastructure that recovers nutrients, energy and contributes to the restoration of carbon storage capacity in soils.
• Support the implementation of local and regional policies, such as extended producer responsibility and sustainable procurement, to reduce or ban single-use and non-recyclable plastics and other materials, while also improving goods reparability and recyclability.
• Increase reduction, reuse, recovery and recycling of construction and demolition materials.
• Increase accessibility, awareness, scale and inclusivity of reduction, reutilization and recycling programmes and policies for all communities and neighbourhoods, investing in city wide communication and engagement efforts, offering resources in multiple languages, and
• Ensure benefits are distributed equitably across the city population.
• Publicly report every two years on the progress the cities are making towards these goals.

Leading up to the Global Climate Action Summit, C40 urged cities to step up their climate action and ambition – today’s announcement is one of the city commitments under that initiative. The high ambition Advancing Towards Zero Waste Declaration was developed by C40 and the city of San Francisco, in consultation with other C40 cities in the Waste to Resources network.