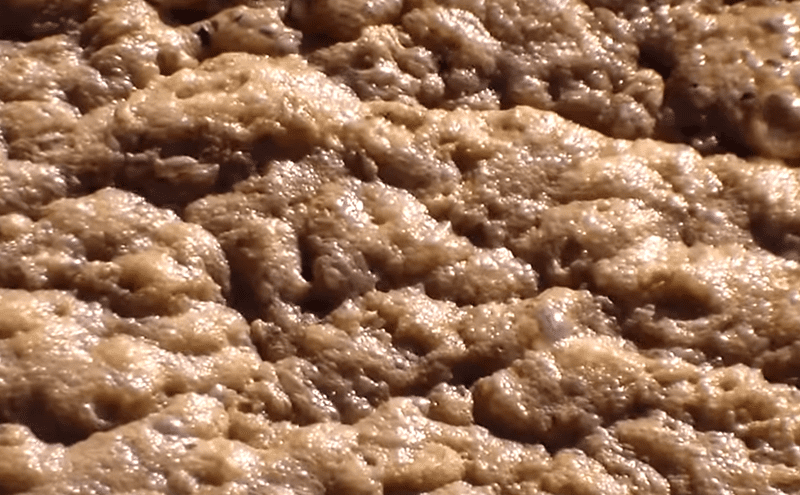 Foam generated in anaerobic digestion can be a costly headache for AD producers and their insurers. In this article Sam Gould, Foam Technology Specialist at level measurement expert Hycontrol, discusses the problems uncontrolled foam can cause and why he believes his firm’s SureSense⁺ system can address them.

The popularity of anaerobic digestion and biogas generation has increased significantly in recent years, and it is easy to understand why. This renewable energy resource is a perfect fit for many businesses in the food, waste treatment, and other industry sectors; waste generated in their own processes is used to power ongoing production, with the option of selling any excess power back to the grid. Besides this, Energy from Waste (EfW) has been proven to be a profitable industry in and of itself, taking in waste from other producers that may otherwise be abandoned to landfill and recycling it into a very useful, necessary product. This expansion has been encouraged with a range of government incentives; for example, the UK Renewable Heat Incentive (RHI) offers a tax-free boost to sites, allowing them to recoup installation costs in 5-8 years . This has proven a tremendous support for industry growth. In 2017, the Anaerobic Digestion & Bioresources Association (ADBA) found that AD plants across the UK now have enough capacity to power over a million homes . Anaerobic digestion is generally held to be an environmentally responsible, effective strategy that, long-term, reduces both waste and costs.

Given all of these positive factors, it seems somewhat incongruous that costs for setting up and running AD plants are increasing, most notably insurance. Premiums are high, with insurers demanding strict standards and frequently despatching their own engineers to conduct site inspections. So what is the perceived risk associated with anaerobic digestion that drives up costs?

Problems caused by AD foam
A serious issue, from both a risk and cost perspective, comes from the thick, sludgy foam produced in AD. This is a natural by-product of the biological reaction that converts waste to biogas, but its behaviour can be unpredictable and difficult to manage. In fact, foaming is a persistent, complicated issue for many biogas producers.

As previously stated, foaming is a normal part of the microbial reaction that produces biogas. However, research has shown that the problems caused by excess foam can actually reduce overall gas production by up to 40% . This level of productivity loss can be seriously detrimental to the profitability of an AD plant – and that doesn’t even consider the additional risks that can arise from foam in the process.

As biodigesters are sealed units, it is hard for operators to monitor what is happening inside. If foam in an anaerobic digester gets out of control it can cause serious, even catastrophic problems:

These are obviously worst-case scenarios, but horror stories of this kind are unsettlingly common. This is certainly not a problem unique to the UK, with reports of sites worldwide having lifted the roofs off of concrete digesters. Costs arising from this type of incident can run to tens of thousands, reportedly exceeding £1million at some sites when factoring in downtime, loss of production and repair costs. Obviously this level of financial exposure can be very dangerous for operators and their insurers, and as a result there are a number of insurance companies who are now putting exclusion clauses for foam damage into their policies.

What causes AD foam build-up?
In industrial/large-scale biogas production richer feedstocks are used to accelerate the microbial feeding process, referred to as the organic loading rate (OLR). Because these feedstocks are more potent, they can have unpredictable outcomes. Exciting the anaerobic micro-organisms in this way does achieve the desired outcome of increasing biogas output, but with a corresponding – indeed sometimes excessive – build-up of foam. The reason for this is an increase in the carbon dioxide/methane ratio. Put simply, carbon dioxide is not as easily released from the surface foam, increasing the emulsification of the foam bubbles. The richer feedstocks being used also tend to add a higher quantity of surfactants to the mix which, coupled with other factors within the digester, leads to greater metastability in the foam column. This means that, rather than the gas escaping from the surface foam, it remains trapped as its volume increases, leading to more and more foam build-up. If the foam level gets too high it will enter the gas compressor line, it will collect around and solidify on the pressure relief valve, and from there the risk of pressure build-up blowing the whole reactor grows ever greater.

Considering all of the above factors, the concerns of insurers are understandable. AD plants, particularly ones operating on a high OLR in order to increase throughput and profitability, are in many ways a perilous proposition. The more operators push them to increase turnover, the greater the risk of something bad – and costly – happening.

What is the solution?
Insurers and operators both want the same thing – AD plants maximising their OLR to achieve a high level of production but with foam levels kept under control, suppressing the chance of it causing damage or reducing output. The challenge, therefore, is to introduce a monitoring and control system that maintains foam at the optimum production level with correctly-applied chemicals, liquids, or by other control methods –optimising the digestion process whilst reducing any risk. Previous attempts at utilising conventional level monitoring equipment such as ultrasonic or radar to achieve this have resulted in failure. These technologies generally prove unreliable as they were designed for use with liquids and not foam – which is, after all, mostly comprised of gas within a thin liquid layer. What is needed is a purpose-designed system.

The application of Hycontrol’s new SureSense⁺ specialised foam control system has proven highly successful in bringing AD foam under control. It offers a practical solution to all the previously-outlined AD and biogas issues, reducing both risk and costs. Unlike competing products, this is not simply a liquid level sensor that has been adapted or modified. Hycontrol foam sensors have been designed specifically for this purpose with the high sensitivity impedance measurement required to measure all types of foam, and have a proven track record in critical applications. By passing a small alternating electric current at very low voltage through the foam and measuring the flow, the probe can determine if foam is present and measure its density. This patented technology has been in use for many years in other industries, but the scale of its applicability to AD is only now becoming apparent.

Measuring foam is one thing, but it is also vital to avoid false readings caused by the build-up of foam and other substances on the probe. Hycontrol has developed a technology called IMA Sensing (Intelligent Multi-Action) which allows the reliable measurement of foam even when a sensor is covered with a thick sticky layer of fouling.

The ATEX-rated system can be easily programmed to administer the preferred control method, either by directly controlling pumps or valves or by connecting to an external controller. SureSense⁺ comes with a pre-programmed digester setting which keeps digesters operating at the optimum level, preventing damage to both equipment and vessels and eliminating the risk of pollution.

Additionally, it can improve efficiency (and cost-effectiveness) if using anti-foam chemicals.

Crucially for the industry as a whole, the adoption of proven foam systems demonstrates to insurers that operators are taking the risks posed by the AD process seriously and putting in place effective controls. A strong case can then be made that insurance ratings should be improved for plants utilising this technology. Indeed, it is not hard to imagine arriving at a not-too-distant future point where an effective foam control system is a mandatory requirement for obtaining reasonably-priced insurance for an AD installation.

AD and biogas is now a burgeoning industry with considerable opportunity for continued growth, promoting energy sustainability whilst responsibly dealing with organic waste. However, as we have seen, foaming that occurs as part of the process can be problematic; it has the potential to cause serious equipment damage and loss of production – with potentially oppressive results financially, as well. There have been a number of attempts to control foam with traditional technologies, but industry operators need to be aware that foam is a uniquely complex product which requires a purpose-designed tool to control it. By utilising effective foam control technology, AD producers have the opportunity to considerably increase their turnover whilst at the same time ensuring that their site and staff are safe, that their local environment is safe, and their insurance premiums are safe. Put simply, effective foam control benefits all stakeholders in the AD and biogas field.