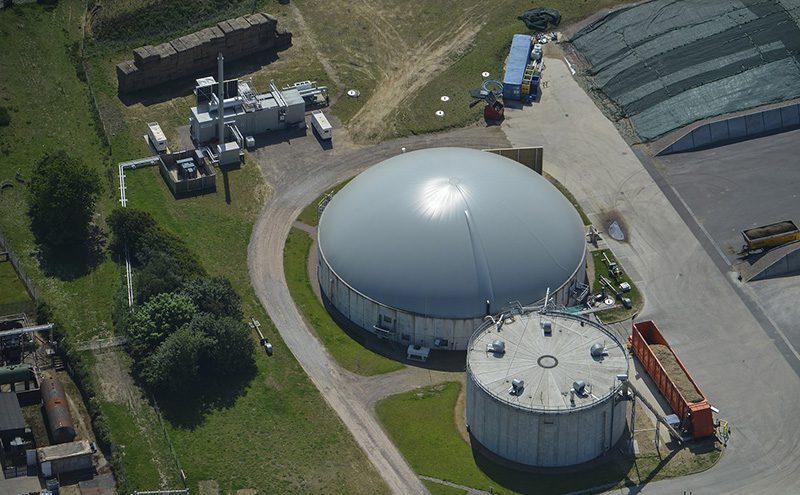 Chance for UK to be at centre of potential £1trn global biogas industry, says trade organisation

The Anaerobic Digestion & Bioresources Association (ADBA) has described the UK’s anaerobic digestion (AD) industry as a huge economic opportunity for the UK ahead of November’s Autumn Statement.

ADBA Chief Executive Charlotte Morton has this week written to Robert Jenrick MP, Exchequer Secretary to the Treasury, outlining the economic and environmental benefits of AD, a technology that converts organic wastes and purpose-grown crops into renewable heat and power (in the form of biogas), clean transport fuel, and natural fertiliser.

In her letter, Ms Morton set out the case for rollout of universal food waste collections in England to replicate the improvement in food waste recycling rates seen in Scotland, Wales, and Northern Ireland as the result of a similar policy. As well as helping to divert food waste away from environmentally damaging landfill or incineration, the National Infrastructure Commission has estimated that introducing universal food waste collections in England would save local authorities up to £400 million in capital costs and £1.1 billion in operational costs between 2020 and 2050.

Ms Morton also reiterated AD’s contribution to the goals set out in the government’s Industrial Strategy, designed to reinvigorate the UK’s manufacturing sector, and highlighted how AD can play a central role in new sector deals for agritech (through helping farmers to reduce their emissions) and the growing bioeconomy.

If it meets its full potential, the UK AD industry could meet 30% of the UK’s household gas or electricity demand and create around 35,000 jobs, mainly in rural areas where AD plants tend to be located. AD also improves energy security and soil quality, both major government policy objectives, through producing home-grown renewable energy and a nutrient-rich natural fertiliser respectively.

Ms Morton said in her letter to the Treasury:

“With targeted government support for research into our sector, we could supercharge our industry and put it at the cutting edge of agricultural science. Developing new waste management technologies would provide a boon to British exports, but also transform the sector’s performance to eliminate the need for further future subsidy.

“The UK AD industry has grown by more than 350% over the last ten years and the UK has established itself as a world leader in biogas, with UK companies already exporting biogas-related expertise and equipment. The UK has a real opportunity to be at the heart of the growing global biogas industry, which has the potential to be worth £1 trillion.”

Mr Jenrick is the Treasury Minister responsible for the Industrial Strategy, energy policy, and climate change, and spoke at the Conservative Party Conference last week about the importance of clean energy generation and support for innovative sectors.

The AD industry is hopeful that commitments in the Autumn Statement will prompt a commitment to universal food waste collections and clear incentives for AD more generally in Defra’s forthcoming Resources & Waste Strategy and BEIS’s forthcoming Bioeconomy Strategy respectively.

The AD industry’s contribution to the UK economy will be a key theme of the ADBA National Conference 2018, taking place in Westminster on 11th December.

You can read ADBA’s letter to the Treasury in full here.