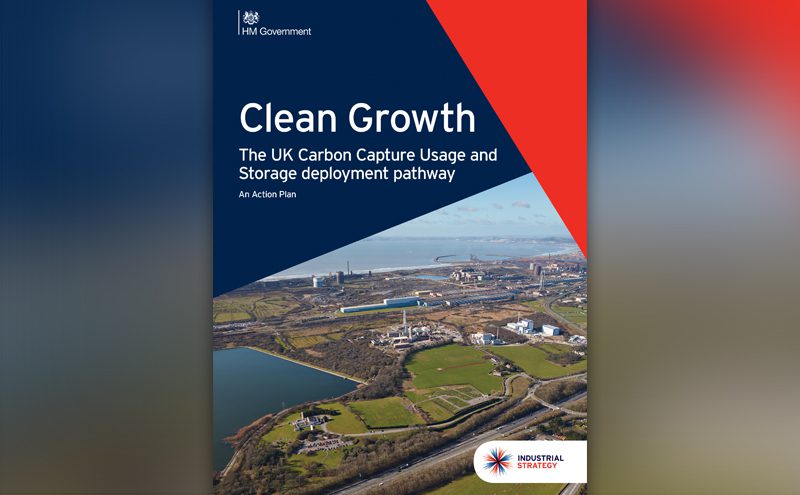 Plans to deploy Carbon Capture Usage and Storage (CCUS) in the UK appeared to make important strides in December.

At the COP24 climate talks in Poland on 13 December, the UK announced up to £170 million of new funding to support “the world’s first ‘net-zero carbon’ cluster of heavy industry by 2040.”

Energy and Clean Growth Minister Claire Perry set the “world-leading ambition” alongside plans for at least one low-carbon cluster by 2030. The UK is aiming to become a world-leader in clean technology and services that will be needed as the world tackles climate change, she said.

Currently, industry accounts for around 25% of all greenhouse gas emissions in the UK, with more than two-thirds of these industrial emissions coming from energy intensive industries which are often located next to each other in clusters.

This new funding of up to £170 million will help heavy industries like steel, ceramics, cement, chemicals, paper and glass to share expertise and innovative low-carbon solutions.

In December the Government also published a document setting out the next steps to be taken – in tandem with industry – to fulfil its ambition of having the option to deploy CCUS at scale during the 2030s, subject to costs coming down sufficiently.

Professor Geoffrey Maitland of Imperial College London, a key influence on the document, said he believed “CCUS will a key part in decarbonising our modern society so we can meet the international 1.5°C target.”

In comments appearing on Imperial’s website he said: “CCUS is not about continuing to use fossil fuels instead of renewables; there are many industrial processes that need the technology, like concrete production or steel-making, as well as large-scale production of hydrogen for decarbonised heating and transport, in addition to using it on power stations while we fully transition to renewable electricity.”

Maitland suggested there was a need for, if anything, greater ambition. We “need to be encouraging businesses, possibly through tax incentives, to deploy CCUS technology quckly whilst the cost of the technology is being brought down by building multiple plants at scale rather than expecting costs to drop based on a single project.”

Benedict McAleenan of the REA said the plan was “a strong step forward.” He added: “Combining Bioenergy with Carbon Capture and Storage, known as BECCS, paves the way to negative emissions, where we’ll actually remove CO2 from the atmosphere and lock it away.” The recent IPCC report had recognised the importance of BECCS, he said.