An international team of researchers has carried out the first systematic global review of water reallocation from rural to urban regions – the practice of transferring water from rural areas to cities to meet demand from growing urban populations. They found that 69 cities with a population of 383 million people receive approximately 16 billion cubic meters of reallocated water per year – almost the annual flow of the Colorado River.

The study, published in Environmental Research Letters, found North America and Asia are hotspots for rural-to-urban water reallocation, with the practice on the rise in Asia.  Twenty-one cities rely on multiple water reallocation projects, such as Amman in Jordan and Hyderabad in India.

Since 1960 the global urban population has quadrupled, driving demand and increasing competition between cities and agriculture for water. With 2.5 billion more urban dwellers expected by 2050, this trend is set to rise. Even in the UK – where water is considered abundant – concerns about water shortages are prompting interest in water transfers, with Environment Agency Chief Sir James Bevan warning that England could run short of water in 25 years.

Climate change will further put pressure on water resources and regional decision-making around water reallocation, as highlighted by drought crises in Cape Town, Melbourne and Sao Paolo over the past decade.

The researchers observed that cities often hold the economic and political sway in water deals. When rural regions are not involved in the design, development and implementation of a reallocation project, reallocation can deepen inequality and foster resentment and resistance.

The spectre of dusty and deserted agricultural towns looms large since the iconic project that reallocated water from Owens Valley farmers to Los Angeles, California in the early 20th century. Flashpoints of conflict have emerged from Melbourne to Monterrey.

The pressure for quick action can lead to rash decisions and avoidable risks.

“Our research indicates that governance matters,” said lead author Dr Dustin Garrick, associate professor in environmental management at the University of Oxford’s Smith School of Enterprise and the Environment. “Cities and rural regions need forums to negotiate deals, assuage conflicts, mitigate impacts and share the benefits from these projects.”

Historically, research on this topic has been limited. Professor Garrick assembled an international team with experts in key hotspots including China, India and Mexico, to review nearly 100 publications and establish a new global reallocation database.

“The global figures represent the tip of the iceberg – a lower-bound estimate,” he said.  “Our review shows that we are woefully underestimating the size and scale, as well as the costs and benefits, of rural-to-urban water reallocation, due to major blind spots in the data, particularly where South America and Africa are concerned.

“These are the places where future water pressures are likely to be highest and our ability to track reallocation is most limited.” As a result, policies and investments are often made with limited evidence, say the researchers.

Professor Garrick and his colleagues’ analysis offers a first step to identify both the threats and key ingredients for successful water reallocation projects, which could help identify ‘win-win’ situations for both rural and urban communities in the future.

Contributing author Dr Lucia De Stefano, associate professor at Universidad Complutense de Madrid, added: “It is our hope that decision-makers can be better prepared to act on evidence, particularly before crises hit and the pressure for quick action can lead to rash decisions and avoidable risks.” 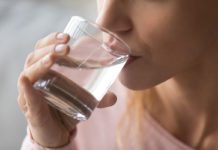 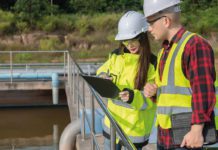 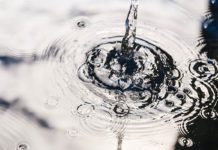