A new approach to methane stripping appears to bring cutting-edge technology to an area of the wastewater industry that has often appeared inefficient and clunky. Envirotec spoke to Rostech Environmental, to find out more

Capable of treating continuous effluent flows in excess of 300 LPM, the new process is mechanical, says the firm’s R&D Director Carl Rostock, unlike the traditional air stripping process, which he says is wasteful of energy and expensive to maintain. “Our system turns the leachate stream into an atomised spray, causing dissolved methane within the leachate stream to be liberated,” he said.

The equipment is controlled by an inline aqueous methane sensor, which comes with onboard telemetry and a software package to fully automate the entire process in a stop-start fashion. “This mode of operation is extremely efficient and will further impact on operational costs, while at the same time reducing the systems carbon footprint.”

Methane stripping equipment will tend to rely on periodic measurements – taking a few readings per quarter, for example – to indicate whether or not the system is running reliably. Where permits have been obtained to discharge treated leachate, a very strict upper limit of 0.14mg/l is imposed upon the amount of dissolved methane permissible, so it is important to stay below this threshold. Without continuous measurement, this is impossible to guarantee.

It might also mean having to run the stripping process constantly, 24/7. Rostech’s system, on the other hand, will stop and start depending on the levels of dissolved methane detected in the effluent flow. The sensor “delivers data very close to absolute real-time”, says Carl. “The instrument needs to take data out every 100 milliseconds, or else it’s not real time,” he said. It uses technology originating with the oil and gas industry, where it has been used to detect methane leaks in undersea environments, for example. It was developed for this application by Rostech Environmental – for which purpose the company was formed in 2016 – in collaboration with a German based partner. “The instrument is leading edge technology in the wastewater industry,” said Rostock, “and now with the introduction of our own sophisticated software package it is capable of fully automating the CH4 stripping process and streaming data back to an office, or any compatible mobile device.”

The solution is, says Carl, “very eco-friendly” while occupying a small footprint – the smallest such installation occupies a 2m x 1m footprint. Carl states the system is very scaleable so that, if the site conditions change, “as they invariably do on closed landfills”, the stripping operation can be scaled up accordingly.

“Where possible we avoid the use of plastics, in particular the type of single use plastic materials found in low cost plastic tanks,” said Carl. “This is why we only use 316L stainless steel for our treatment tanks,” he said. “Our fabricated tanks have a minimum expected lifespan of at least 50 years. This coupled with low maintenance, further reduces the whole of life cost of ownership to an absolute minimum.”

He said there are no limits on the number of instruments that can be included on the platform – you simply add them to the PLC. It is not SCADA based, and the firm wants to avoid the complications that can arise when attempting to integrate additional instruments into SCADA.

One important application for the approach is in closed landfill sites, where remediation efforts require the removal of dissolved methane from leachate. So far, it is being used in four such sites – all in the North west of England, where the firm is based, and two more are expected to be signed by year end.

In addition to landfill leachate monitoring, the firm’s aqueous methane sensors are relevant to application areas including monitoring other forms of wastewater discharge, river and water course monitoring, and ground and surface water monitoring in the fracking industry. Carl said the firm is also looking to expand into aquaculture as the same technology can be used to monitor dissolved CO2 levels and control aerators accordingly. 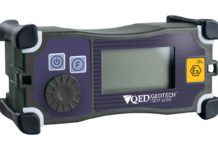 CH4nge is in the air? Comparing laser and FID for landfill emissions monitoring 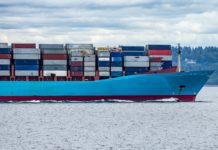 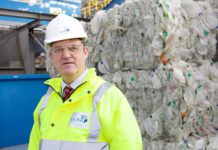 Landfill and recycling both down, and incineration on the up: Scotland waste summary 2020 published