Local energy technologies are developing rapidly, and a new report from the Institution of Mechanical Engineers calls for more trials to take place on UK university campuses as they are well-suited to test new technologies thanks to their academic expertise and ownership of large areas of land and buildings.

The report, Exploring the Evolution of Low-Carbon Local Energy, calls on the Government to incentivise more trials on campuses to encourage innovation and also help universities to meet their own ambitious decarbonisation targets.

The report illustrates the evolution of local energy from single technology projects, such as solar farms, to whole system schemes which might include energy storage and smart management systems.

“Universities also have environmentally conscious student bodies who care deeply about climate change and will be enthusiastic to trial innovative technologies and test new approaches.”

This year, a pilot scheme is starting at Keele University to blend hydrogen with the normal gas supply in part of the university’s private gas network, serving 17 faculty buildings and 100 domestic properties. The Keele campus was viewed as a suitable test site, with the University owning and operating its own private gas network

The trial is part of a larger local energy demonstration project at the university and is a good example of how high education institutions can lead in the field.

With many campuses dating back to the 1960s and 1970s, and often much older, universities will require innovative solutions to reduce their greenhouse gas emissions. The age of the buildings mean they offer great potential for developing and deploying new technology to reduce their environmental impact.

Further recommendations in the report, which was informed by an expert workshop organised by the Institution’s Renewable Power Committee, include:

The implementation of the proposed Smart Export Guarantee (SEG), in which small generators are paid for the value of the electricity they produce at a given time rather than a fixed price, should be a priority. The policy outcomes should be monitored to ensure developers are fairly rewarded and barriers to entry are not burdensome.

The UK Government and devolved administrations should conduct reviews into the planning system, against the suspicion that low-carbon local energy projects are being held back by unnecessarily strict regulations.

IMechE and other similar organisations should do more to create an evidence base for determining how successful previous local energy projects have been. Government should provide extra funding for local councils to allow them to participate in the evaluations.

The UK’s universities should increasingly become test-beds for new energy technologies. Government should incentivise further trials to take place on campuses, which could be partnerships between the universities, students, academics, local energy companies/co-operatives and DNOs. 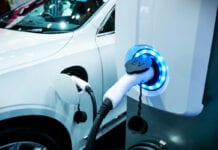 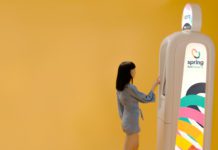