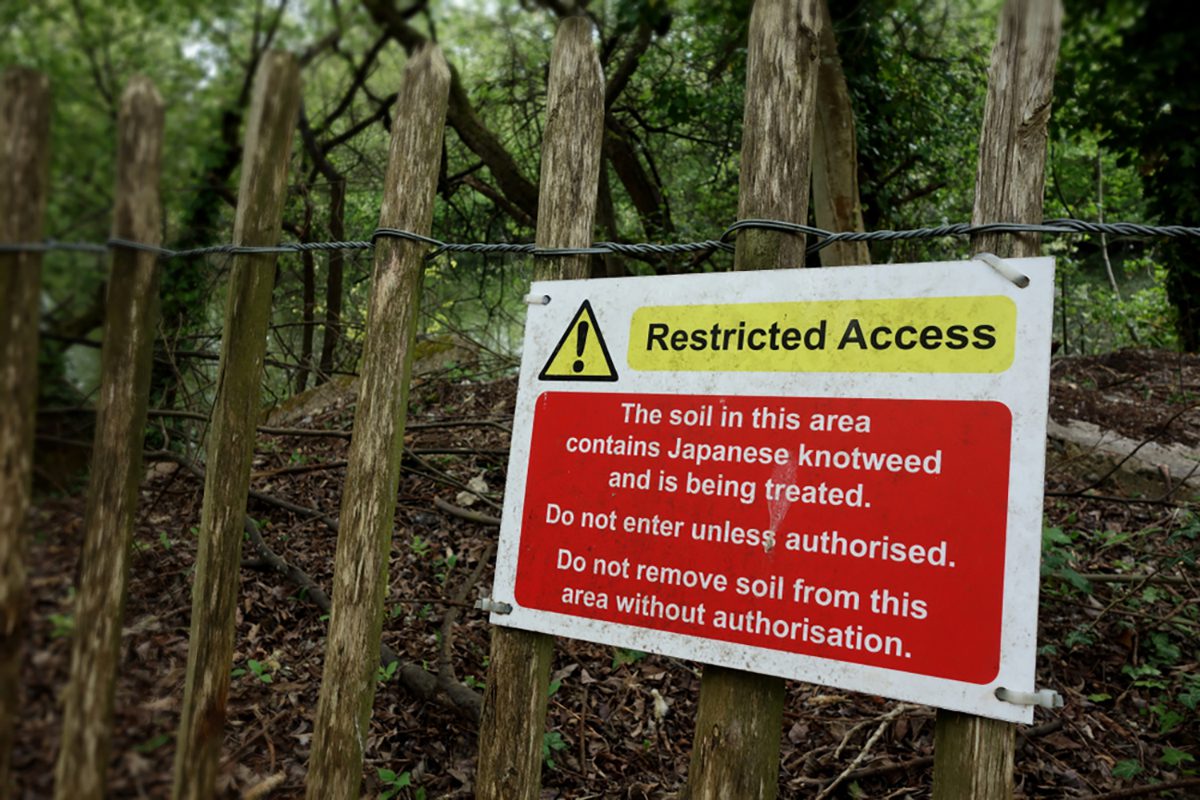 Japanese knotweed removal firm Environet UK has developed a method for converting waste from Japanese knotweed and other invasive plants into biochar, with the potential to eliminate the need for environmentally damaging and expensive landfill disposal in the future.

The creation of biochar, a charcoal used as a soil amendment, from Japanese knotweed plant waste is a carbon negative process which harnesses the carbon-scavenging power of Japanese knotweed in a positive way and contributes to the fight against climate change by locking carbon away for thousands of years.

Japanese knotweed now affects approximately 4 – 5% of residential properties in the UK, with vast swathes of the invasive plant also thriving along the UK’s railway lines, waterways, verges, in parks and on public land. Excavation is growing in popularity as an alternative to the environmental hazards associated with traditional herbicide treatments, but the vast majority of plant waste currently ends up in landfill sites where it rots, producing damaging landfill gases such as carbon dioxide and methane.

In search of a more sustainable solution, environmental scientist Nic Seal, founder and MD of Environet, began testing ways of converting knotweed rhizome, roots and canes into biochar by heating it in the absence of oxygen, otherwise known as pyrolysis. This process kills the plant and also removes the naturally occurring tars to leave carbon in the form of charcoal. The charcoal has a honeycomb-like structure which can be charged up with additives such as liquid organic fertiliser to make an excellent soil amendment.

Environet has recently filed a patent for the methods and apparatus used and has planned further research to improve the efficiency and scalability of the process.

Nic Seal, MD of Environet, commented: “Not only does biochar substantially improve soil structure, but more importantly, its carbon is locked-up in the soil for thousands of years. We wanted to harness the power of knotweed which, when it grows, is highly efficient at scavenging carbon dioxide from the atmosphere, forming carbon-based plant material and releasing oxygen back into the atmosphere.

“Ultimately I believe all knotweed material could be converted from a biologically active pest into carbon gold. Not only would this save a considerable amount of money, particularly for clients in the commercial sector where often vast quantities of knotweed waste is sent to landfill, but there would also be a very clear positive benefit to the environment.”

By leaving garden waste alone, we could store 600k tons of CO2 per year