Treeconomics, a specialist in the use of trees to improve urban spaces, is taking advantage of a nationwide digital record of over 300 million trees created by aerial mapping company Bluesky. In what’s described as a landmark project for the London Borough of Islington, Treeconomics completed a study to measure and assess tree canopy cover and understand its impact on the urban environment.

The Bluesky National Tree Map was used in conjunction with a variety of open datasets including health and socio-economic data from organisations such as the Office of National Statistics and Public Health England. Following advanced geospatial analysis, Treeconomics said they were able to identify a link between higher canopy cover and increased life expectancy, lower crime rates and higher house prices.

Treeconomics also produced a tree plant strategy for Islington Council and concluded the inner London Borough could reasonably aspire to increase canopy cover in alignment with London’s target to achieve 30% tree cover by 2050.

“Trees are arguably the most important component of Green Infrastructure, yet are often overlooked and undervalued,” commented Kenton Rogers, co-founder of Treeconomics. “In particular, trees are important because they enhance and improve the urban environment by providing a wide range of benefits at relatively little cost. For example, there is a growing body of research which demonstrates that trees improve our health and well-being, provide a ‘sense of place’, moderate extremes of temperature in urban areas, improve air quality and act as a carbon sink.

“Using the Bluesky National Tree Map data, in conjunction with relevant statistics and software for forestry analysis and benefit assessment, we can help organisations such as the London Borough of Islington understand their current green asset and plan for the future,” he concluded. 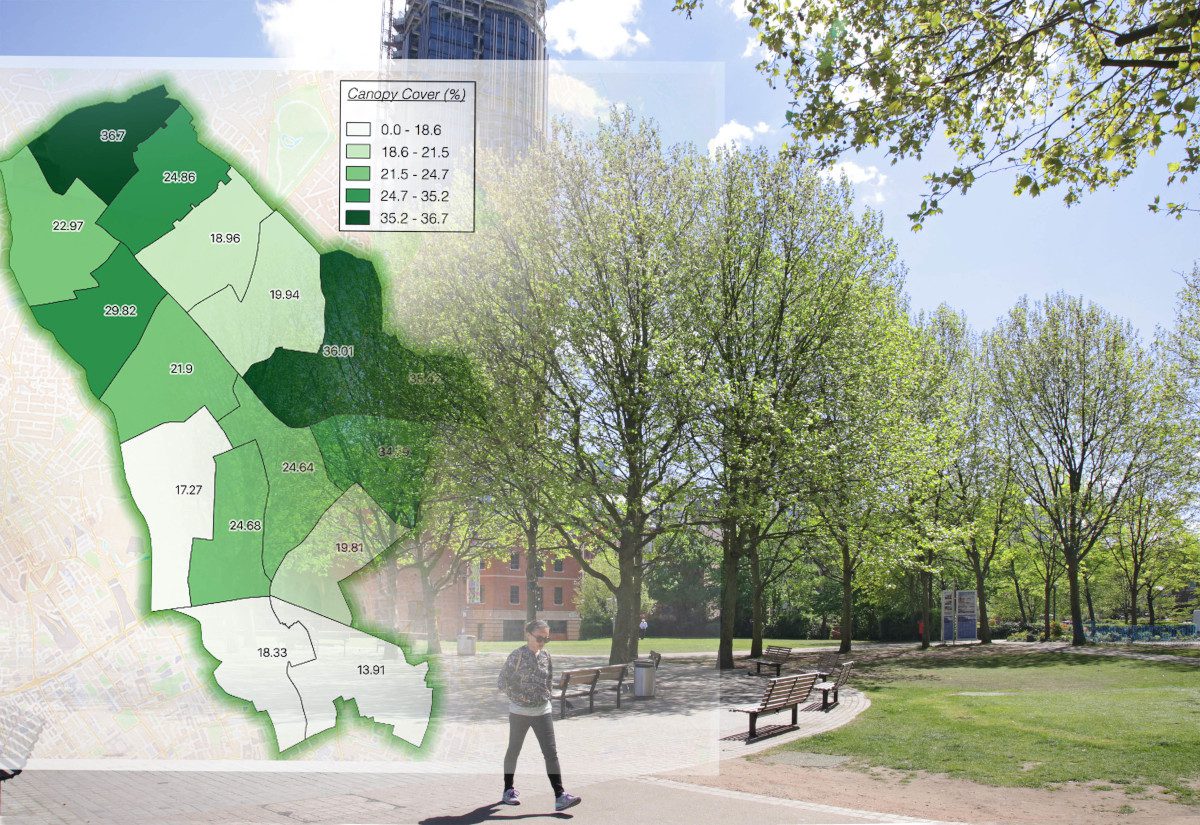 The Bluesky National Tree Map is said to be the most detailed dataset of its kind ever produced. With coverage across the whole of England and Wales, the National Tree Map provides “a unique, comprehensive database of location, height and canopy/crown extents for trees 3m and above in height.”

Using the National Tree Map data, Treeconomics concluded the overall canopy cover for the borough of Islington was estimated at 25 percent. This favourably compares to a national average estimated in 320 towns and cities of 17 percent and a London-wide estimate of 21%. Treeconomics also suggested that Islington could aspire to a canopy cover of 30%, identified areas of low canopy cover and potential ‘plantable’ spaces.