The changing state of particulate pollution (PM2.5) around the world is revealed by IQ Air’s latest World Air Quality Report, and its most polluted cities ranking

The new dataset highlights elevated air pollution levels as a result of climate change events, such as sandstorms and wildfires, and pollution gains from the rapid urbanization of cities, in regions such as Southeast Asia. While some achievements have been made in air quality monitoring infrastructure globally, there are still huge gaps in access to data around the world.

• In China: Chinese cities achieved a 9% average decrease in PM2.5 levels in 2019, after a 12% decrease in 2018. Still, 98% of cities exceeded WHO guidelines and 53% of cities exceed China’s less stringent national targets. In the last decade Beijing has more than halved its annual PM2.5 levels. This year, Beijing dropped out of the ranking’s top 200 most polluted cities.

• In South Korea: South Korea was the most polluted country for PM2.5 among OECD countries during 2019. Air quality levels in key cities have remained relatively stagnant over recent years.

• In India: Whilst cities in India, on average, exceed the WHO target for annual PM2.5 exposure by 500%, national air pollution decreased by 20% from 2018 to 2019, with 98% of cities experiencing improvements. These improvements are believed to be largely a result of economic slow-down.

• In Southeast Asia: In a historic shift reflecting the region’s rapid industrialization, urban hubs Jakarta and Hanoi overtook Beijing for the first time, among the world’s most PM2.5 polluted capital cities.

Wildfires and open burning agricultural practices had a major impact on the air quality of cities and countries around the world, including: Singapore, Australia, Indonesia, Brazil, Kuala Lumpur, Bangkok, Chiang Mai, and Los Angeles, among numerous others. 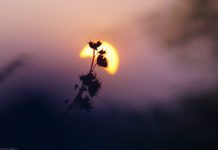