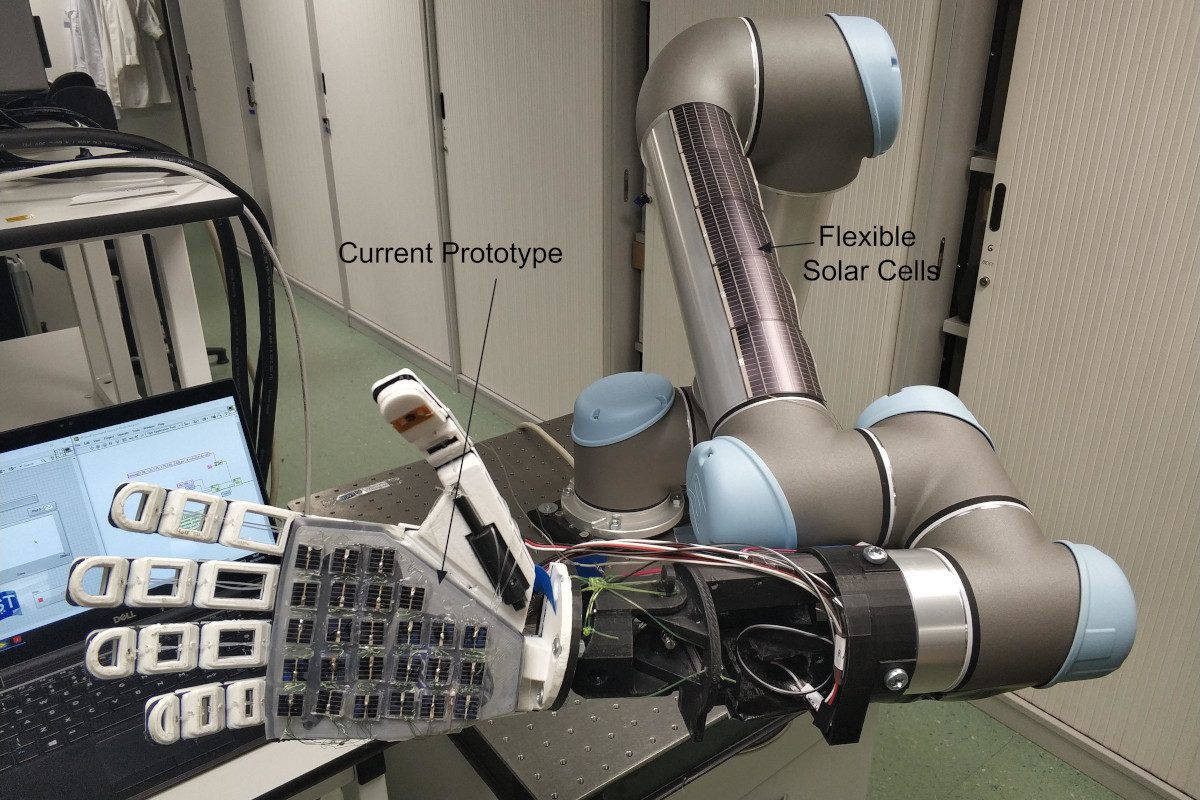 An early-view paper published in the journal IEEE Transactions on Robotics describes how a robotic hand wrapped in a solar-cell “skin” is capable of interacting with objects without using dedicated and expensive touch sensors.

Instead, the skin puts the array of miniaturised solar cells integrated on its soft polymer surface to a clever dual use. The cells generate enough energy to power the micro-actuators which control the hand’s movements, but they also provide the hand with its unique sense of “touch” by measuring the variations in the solar cells’ output, say the researchers from the University of Glasgow

As objects get closer to the surface of a cell, they reduce the amount of light which reaches it. The amount of power the cell generates drops as the light gets dimmer, eventually reaching zero when an object touches and covers it. By making clever interpretations of the levels of power produced in each cell, the skin is capable of detecting the shape of an incoming object.

A second set of simple LEDs, integrated between the solar cells in the skin, transmit infra-red light towards objects. By measuring the time the light takes to reflect from the object, the skin can sense the distance between the object and the hand.

Combining the information collected from the solar cells and LEDs allows the skin’s processor to deduce an object’s proximity, location, and edges, replicating many of the parameters measured by more traditional touch sensors. Together, the data allows the hand to grasp objects like rubber balls placed in front of it.

“That lack of sensors means the skin requires no conventional power source to work, unlike other equivalent devices which include touch sensors. In fact, the skin itself is the source of energy, capable of powering the hand and devices attached to it. The generated power can be stored in devices such as flexible supercapacitors we’ve developed to work alongside the skin, so it doesn’t have to be constantly exposed to the sun in order to work.

“It’s one step closer to a completely self-powered prosthetic wrapped in flexible skin made from relatively inexpensive components. The sensing capabilities built into the skin could even lead to skin that can ‘see’ – further refinements could help the skin identify approaching objects even before they make contact.”

“We’ve also experimented with adding the hand to the end of a robot arm, similar to the ones found in places like car manufacturing facilities. The skin’s sensors are capable of stopping the arm’s motion when it senses an unexpected object, which we believe could help prevent future industrial accidents.”

The team’s paper, titled ‘Energy Generating Electronic Skin With Intrinsic Tactile Sensing Without Touch Sensors’, is published in early access in IEEE Transactions on Robotics and is available at https://ieeexplore.ieee.org/stamp/stamp.jsp?tp=&arnumber=9246727 The research was supported by funding from the Engineering and Physical Sciences Research Council (EPSRC). 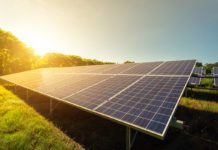 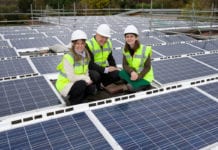