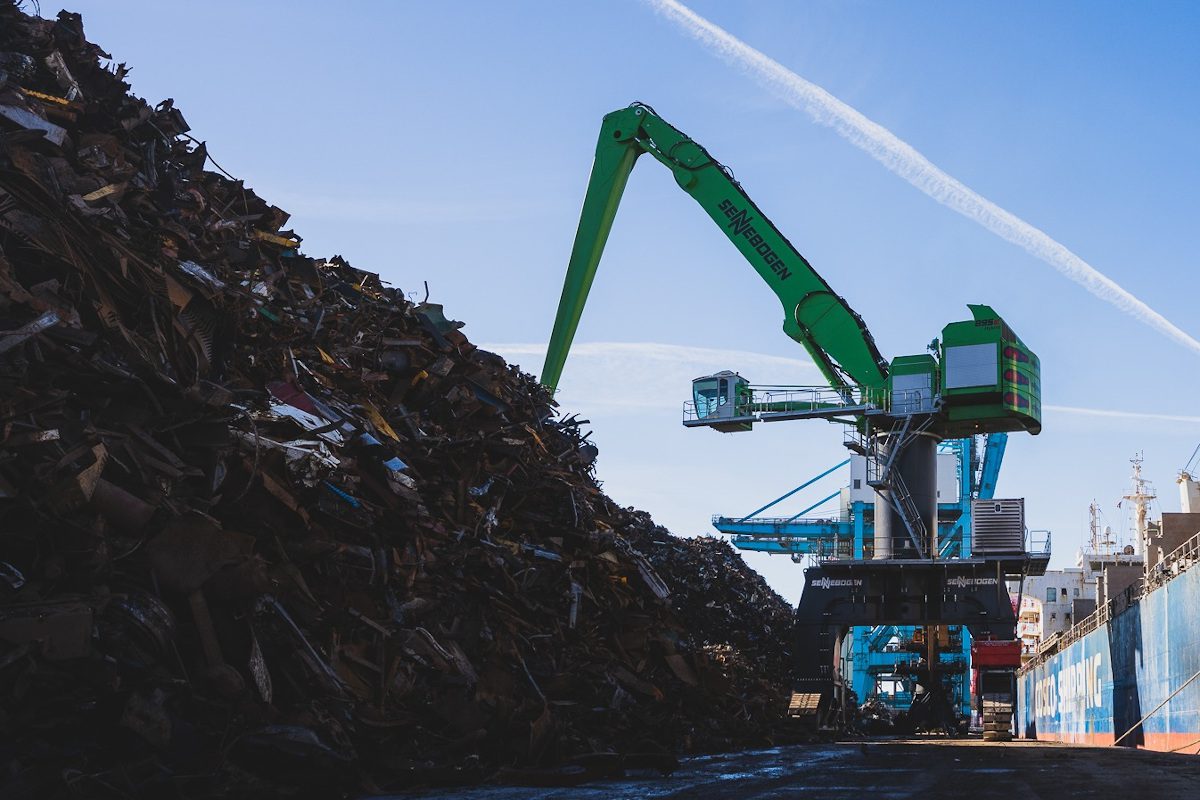 EMR (formerly European Metals Recycling) has introduced its first electrically-enabled material handler in the UK at Liverpool Alexandra Docks, marking a further step forward in the site’s plan to fully transition to renewable power before 2040.

Weighing around 400 tonnes, the Sennebogen 895e Hybrid dwarfs its predecessor (weighing around 230 tonnes). It can carry up to 15 tonnes of bulk scrap with a single grab.

The material handler’s technology also seemingly delivers an up-to-55 percent increase in energy efficiency. This comes partly from energy recovery on the down movement of the grab and partly from its higher loading rates.

The material handler uses electric drive motors, linked to a diesel generator. In future, once the Liverpool site can be cabled with a permanent power supply to the quaysides, the material handler can switch to renewable power and operate without the use of fossil fuels.

The £2.3 million investment at Liverpool is part of the group’s sustainability strategy, ‘Our Decade of Action’, which it says will see all of its sites, globally, become operationally net-zero (Scope 1 and 2) by 2040. The 38-acre, Liverpool Alexandra Docks site will see further investment during 2021.

The material handler was designed and manufactured by German firm Sennebogen and its installation was completed by engineers in late January after a period of delay due to the UK’s COVID-19 lockdown restrictions.

EMR says its team will now spend the next few months conducting performance analysis as well as time and motion studies of the new material handler before a potential worldwide rollout across EMR’s biggest capacity sites in the UK, EU and US markets.

Scott Bamborough, Area General Manager said: “The hard work now begins as we understand how this new crane will operate in practice and our team evaluates how its hybrid capabilities and energy efficiency can help reduce the cost-per-tonne handled for scrap in our yard.”