Gas leaks are a risk in many industries, and when they occur, they can be incredibly hazardous and costly. Preventing them and responding quickly when they are detected are important from an environmental, regulatory, and financial perspective. Gary Collins of gas sensor manufacturer NevadaNano Systems offers a few thoughts on prevention and selecting instrumentation to assist.

The US EPA website lists the problematic effects of leaks, and these include harms in relation to ozone depletion, global warming, flammability, toxicity, reduced air quality, ecosystem effects, and occupational health and safety.

Health and safety is a tricky issue as some harmful gases are odourless and tasteless.

● Lower expenses: Gas leaks can introduce additional expenses as the company must pay to replace what has leaked (i.e., a refrigerant). And a leak might push systems to work harder, using more energy to maintain the same level of output.
● No shutdowns: In mitigating leaks, many companies must shut down operations until the leak is contained and the equipment is replaced. Early detection can support a rapid response.
● Health preservation: Detecing and preventing leaks preserves the health and safety of workers. It also avoids the high litigation costs, settlement fees, or workers’ compensation claims that can arise when disasters occur.
● Prevention of global warming: Early detection can reduce the occurence of ozone depletion.

The use of hydrogen in the production of fuels and in other industries has more than tripled since 1975. This growth trend will likely continue, with future projections indicating that the global hydrogen market value will exceed $160 billion (US) by 2026. Hydrogen has no harmful emissions, which makes it an environmentally-friendly option. It is also abundant and can be made from renewable energy. These factors have contributed to its popularity.

But, hydrogen can be a very dangerous gas. Even in small amounts, exposure to hydrogen poses several hazards to those working with it. It is flammable and easily ignited. It has lower ignition energy than gasoline or natural gas, and due to the presence of other highly flammable materials found at refineries, this poses a major threat. Once something is ignited, it can rapidly spread, making it a potential cause for a severe fire or explosion.

Molecular Property Spectrometer (MPS™) sensors use a micro-electromechanical system (MEMS) transducer to measure a change in the surrounding air and gases’ thermal properties. The readings they provide incorporate multiple indicators and environmental data, identifying the type and concentration of gases in the vicinity.

Key to handling hydrogen safely is maintaining the ability to quickly and reliably test for its presence during routine checks, or if there is suspicion of a leak.

Selecting the best sensor means understanding the characteristics of the different types on the market, and appraising the conditions present in the environment where it will be in use. Before selecting a hydrogen sensor or detector, several functional parameters should be considered:

● Performance: Properties to look for include a wide operating range. Sensitivity might be specified as optimised for certain conditions such as below the Lower Explosive Limit (LEL), the lowest concentration of a gas or vapour that will burn in air. Other useful features include fast response times, continuous operation, accuracy and suitability for use in wet conditions. The MPS, for example, is more accurate than many traditional sensors.
● Lifetime: This will be considered in relation to the sensor’s current and future application and operating costs. It is useful to identify replacement and maintenance needs, and what constitutes a satisfactory lifetime.
● Reliability: Sensors must have long-term reliability and produce consistent results over time. It is also a good idea to understand any testing conditions that might cause false alarms or damage the sensor in a way that will impact its reliability.
● Cost: While some traditional sensors may come with minimal costs, it is important to balance cost with performance, reliability, and lifetime value. The risk that comes with an unreliable sensor should discourage cutting corners.

The MPS sensor scores highly when it comes to ensuring that gas leaks are detected quickly, and the hazardous effects are mitigated appropriately.

About the author
Gary Collins joined NevadaNano in July 2020 to assist the firm’s expansion efforts in Europe, the Middle East, and Africa. He has more than 20 years of experience working in the gas detection and instrumentation sector. Previously he worked with OptaSense, a QinetiQ company, Tyco Gas & Flame Detection, and Honeywell. He has a BEng in Electronic Engineering and most recently completed an Advanced Diploma in Management. For more information see NevadaNano.com. 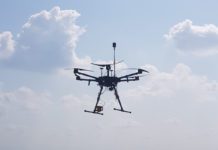