The UK Government is planning to consult on updates to the WEEE Regulations later this year. They are likely to result in major changes to the system, as compliance expert Recolight explains.

Top of the list for many would be the inclusion of a requirement for producers to finance the collection of small waste electricals from the consumer’s kerbside. This would undoubtedly make it easier for consumers to recycle small WEEE in the right way. For larger appliances, the consultation could include a duty for retailers to collect large WEEE from the consumer free of charge, when delivering new large appliances. For lamps, given their fragility, this could present challenges, requiring an alternative approach. That might be a requirement for the establishment of additional collection points for consumers.

The approach to recycling of business WEEE is also likely to come under the spotlight. The current B2B WEEE system is very challenging to navigate, meaning that most business WEEE is probably recycled as scrap metal, rather than as WEEE, which results in unlawful processing of hazardous materials. Simplifications that allow holders of business WEEE to access free of charge, producer-financed collection and recycling of WEEE, subject to minimum quantities, would do much to improve collection rates.

It is also likely that the consultation will contain proposals to make online marketplaces financially responsible for compliance of product sold via their platforms. For example, research by Recolight has shown that 78% of LED lamps on one marketplace were not compliant with WEEE. The non-compliant products are frequently produced by companies based in China, not accessible to UK enforcement bodies, and yet are in stock, in the UK and available for next day delivery. Government proposals would have a huge impact on tackling the WEEE avoidance that is facilitated by some of the UK’s largest online marketplaces.

The consultation may also include proposals to incentivize producers and schemes to use re-use evidence to meet their targets. This might be by giving reuse higher “value” when meeting collection targets. 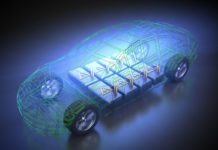 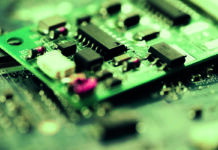 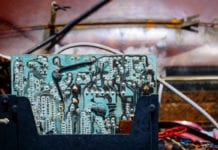 Recycling e-waste should be a legal requirement in the EU, says report