A large-scale IoT network for the ultra-early detection of wildfires has been launched by environmental startup Dryad Networks. The first live demonstration of the group’s Silvanet system of solar-powered gas sensors was recently conducted successfully in a forest near Berlin, says the firm.

Dryad is now working on ten proof-of-concept deployments with forest owners in the US, Europe, Australia, Indonesia and Africa. Mass production of the sensors and gateways will begin shortly in Germany.

“Silvanet provides public and private forest owners with an affordable and easy-to-deploy solution for tackling wildfires at the initial smoldering stage,” says the firm, “helping to prevent massive CO2 emissions caused by wildfires and protecting the environment, wildlife and communities from devastation, while dramatically reducing the financial impact.”

Dryad seemingly uses a network of highly sensitive solar-powered gas sensors to monitor the air composition, temperature, humidity and air pressure. The small sensors attached to trees send alerts over the Silvanet IoT mesh network to a cloud-based monitoring platform, which immediately issues an alert to relevant parties in the case of a fire.

The solution can detect wildfires in under 60 minutes – even during the smoldering phase, before there is an open fire. By contrast, camera and satellite-based solutions can take hours or even days to identify a fire because they rely on the smoke plume and heat developing enough to be detected from a long distance. By the time fire fighters arrive at the scene, the fires have often grown too large to be extinguished and can no longer be controlled.

· Small solar-powered sensor devices that hang from trees and incorporate a new ‘digital nose’ in the form of a reliable high-precision gas sensor provided by Bosch Sensortec. The sensor uses artificial intelligence capabilities to reliably detect wildfires and to distinguish from other sources such as a diesel truck driving by.
· Mesh gateways featuring Dryad’s patent-pending distributed mesh network architecture – an extension to the LoRaWAN open standard for long-range radio IoT networks. The solar-powered gateways attach easily to trees at a height of about three metres above ground level and establish a large-scale IoT infrastructure. By adding additional sensors, the network can also be used to monitor tree health and growth.
· Border gateways that are located close to civilization – typically at the edge of a forest or clearing – and connect to the Dryad cloud platform either over wireless (LTE-M), or via Swarm’s satellite communications network, or over ethernet using a wired connection. Customers also have the option to use a Starlink (Space-X) satellite dish for a high speed, low latency broadband connection. The border gateways can be either mains or solar powered.
· Dryad’s cloud-based dashboard and analytics platform, which lets customers analyze and monitor indicators and issues alerts to forest managers.

Dryad’s gateways interconnect in a ground-breaking multi-hop mesh network, making it possible to cover very large forests rather than the 12km range typically supported by existing LoRaWAN gateways. This technology makes it economically viable to build a communications network for large forests where there is no mobile network coverage.

In June 2021, Dryad was named as a cool vendor in Gartner’s Cool Vendors in IoT Thingification report. A commercial business with sustainability and tech for good at its core, Dryad was set up in 2020 with a mission to digitize the forest and help protect and regrow the world’s largest carbon sinks.

Wildfires are responsible for around 20% of annual global CO2 emissions, displace tens of thousands of people, endanger people’s health due to the inhalation of fine particulate matter, and have a devastating impact on biodiversity: in Australia during the 2019-2020 bushfire season alone, more than three billion animals were killed or displaced. And in California in 2018, wildfires caused $150 billion in economic damage, equivalent to 0.7 percent of the GDP of the USA.

Carsten Brinkschulte, CEO and co-founder of Dryad Networks, said: “It’s clear from the number and intensity of wildfires burning across the world today – such as those following the heat dome in British Columbia, Canada last month – that there is an urgent need for a solution that can detect wildfires in the smoldering stage before they get out of control. With the completion of our Silvanet architecture and device designs, we are on track to achieve our mission of digitizing forests, and combatting wildfires and climate change, by helping to protect the natural world.”

Dr. Stefan Finkbeiner, CEO Bosch Sensortec, commented: “According to the Bosch guiding principle “Invented for life,” we want to improve people’s quality of life and safeguard the livelihoods of present and future generations. Sustainability, climate and nature protection play a central role in this. So we are delighted to enable Dryad’s IoT network to actively use our gas sensor for forest fire detection. Our 4-in-1 sensor BME688 at the heart of Silvanet has unmatched sensitivity combined with ultra-low power consumption and support for machine learning to identify gas compositions in the air. This is the perfect basis for identifying bad air quality or early fire detection.”

The firm says it is now gearing up to secure Series A funding, spurred on by being named as a finalist in Greenbackers’ 26 for COP 26 program, which connects startups with climate-focused investors. Dryad previously received seed funding of €1.8m from STIHL Digital, LEAG, ISAR AG and Brandenburg Kapital, and secured an additional €1.6m in EU-funded grants and low-interest loans from ProFIT Brandenburg.

Looking ahead, Dryad says it plans to capitalize on the potential of the generic IoT network infrastructure it is establishing in the forest. By adding third-party LoRaWAN-compatible sensors to Silvanet, the system will be able to collect and analyze data on soil moisture, tree growth and the surrounding microclimate, helping forest managers to optimize health and growth of the forest, and improve productivity and profits using data-driven decision tools. 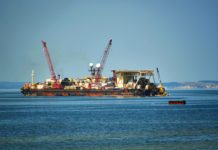 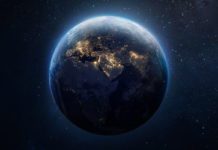 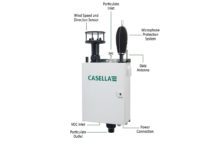