The latest weekly Water Scarcity Situation Report from the Scottish Environment Protection Agency (SEPA) shows that, despite heavy rainfall and thundery showers across much of mainland Scotland, the majority of the country is still seeing the impacts of water scarcity.

Water abstractors licenced by SEPA should have a plan to deal with the range of conditions they may experience, says SEPA. They should monitor their water usage and equipment to ensure they are operating at maximum efficiency and avoiding any unnecessary leakage.

By taking the right steps now, abstractors can help make the water supplies on which they and others depend last as long as possible through this period.

SEPA says it can provide advice on a series of straightforward steps that can be taken to reduce stress on Scotland’s water environment and staff are available to provide advice and guidance. However, if businesses deliberately fail to follow the abstraction guidelines set out by SEPA this may result in enforcement action.

Abstractors in catchments at Alert level or above, have been contacted to advise them of the conditions and relevant actions they should take as outlined in our National Water Scarcity Plan and requested to carry out checks to their equipment, consider upcoming water needs and follow best practice (such as irrigating at night).

“We are also checking all abstractions in Significant Scarcity areas to determine what actions can be taken and work is ongoing with Scottish Water to protect supplies,” said a stateement.

Rainfall and records
SEPA says it warned in the Spring that water scarcity conditions could deteriorate quickly if a period of prolonged dry weather returned later in the year.

“The mixture of extreme rainfall, thundery showers, and significant water scarcity that we’ve seen this week in Scotland shows that we are very much living through more extreme weather patterns – and one does not balance out the other. This is just one of the many consequences of climate change Scotland is facing, and it is becoming more common.

“Everyone knows that water is a vital resource. We need to get used to the idea that, even in a water-abundant nation like Scotland, it is a finite resource – as shown by the increasing severity of the water scarcity picture in large areas of the country.

“Water scarcity is resulting in pressures on the environment and water users and businesses abstracting water must take action now to conserve water. My message is clear: SEPA is here to offer support and guidance, so if you are having difficulty obtaining water supply or are concerned about meeting licence conditions get in touch. If you work with us and try to do the right thing in this next period, you will find a helpful and supportive regulator. If you deliberately do the wrong thing by the environment and other water users, then you’ll get the uncompromising regulator your behaviour deserves.”

Public and private water supplies
Scottish Water is reminding people across Scotland to use water efficiently after confirming that demand is so high during the warm weather that it’s had to produce more than 200 million litres of extra water per day nationwide in the last fortnight to maintain normal supplies. More information on saving water is available at www.scottishwater.co.uk/savewater.

Those concerned about private water supply levels should contact their local authority.

Concerns about watercourses
SEPA says it continually assesses the impacts of prolonged periods of drier than average weather on the environment. The public can report dry private water supplies and rivers and burns in their area. “This will help us have the best possible understanding of the impacts of dry weather,” says SEPA. Send your information to lowflowimpacts@sepa.org.uk

Water scarcity and fish
The prolonged period of dry weather that has led to water scarcity across the country can put a lot of pressure on rivers, which are running exceptionally low and experiencing high water temperatures. We may see impacts on wildlife across the country as a result, including dead fish. Heavy rain showers, such as those we have seen this week, following the prolonged period of dry weather, will wash pollutants that have been accumulating on roads and pavements and in drains into watercourses. This first flush of pollutants, particularly into rivers that are still low, can lead to fish kills. 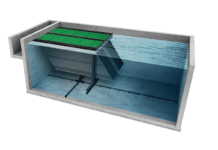 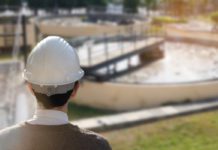