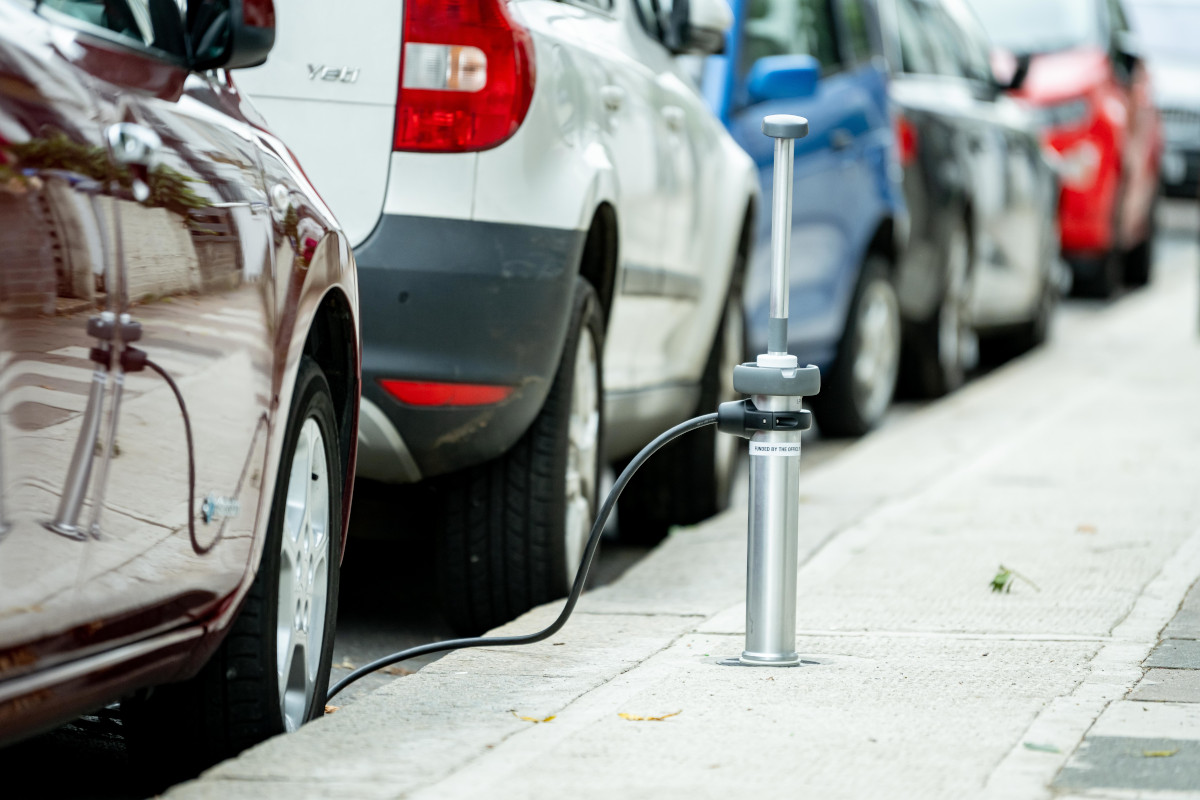 Electric vehicle charge points that sit flush within the pavement, with no permanent raised street furniture at the pavement edge, are now being tested in the London Borough of Brent.

Five Trojan Energy charge points have been installed in Mortimer Road for a small group of trial participants to carry out real-world testing of the prototype system. The full trial of 150 charge points across Brent and Camden will then go live later in the year.

The firm behind it says the system has been designed with input from Disability Rights UK to improve safety for all street users.

These first charge points “represent a critical moment in the three-year Subsurface Technology for Electric Pathways (STEP) project funded by the Office for Zero Emission Vehicles (OZEV) and delivered by Innovate UK, which has seen the charge points developed from concept, through manufacturing and now deployment,” says a press release.

Start-up company Trojan Energy has designed the unique flat and flush charging system for those without access to off-street parking. 15 charge points are installed in parallel from one electricity network connection, with power distributed across the chargers. London’s electricity network operator UK Power Networks, a partner in the STEP project, has connected the chargers to the energy system. The network is closely involved in ensuring the radical new chargers can help manage the additional load presented as the uptake in EVs continues and more people charge at peak times. 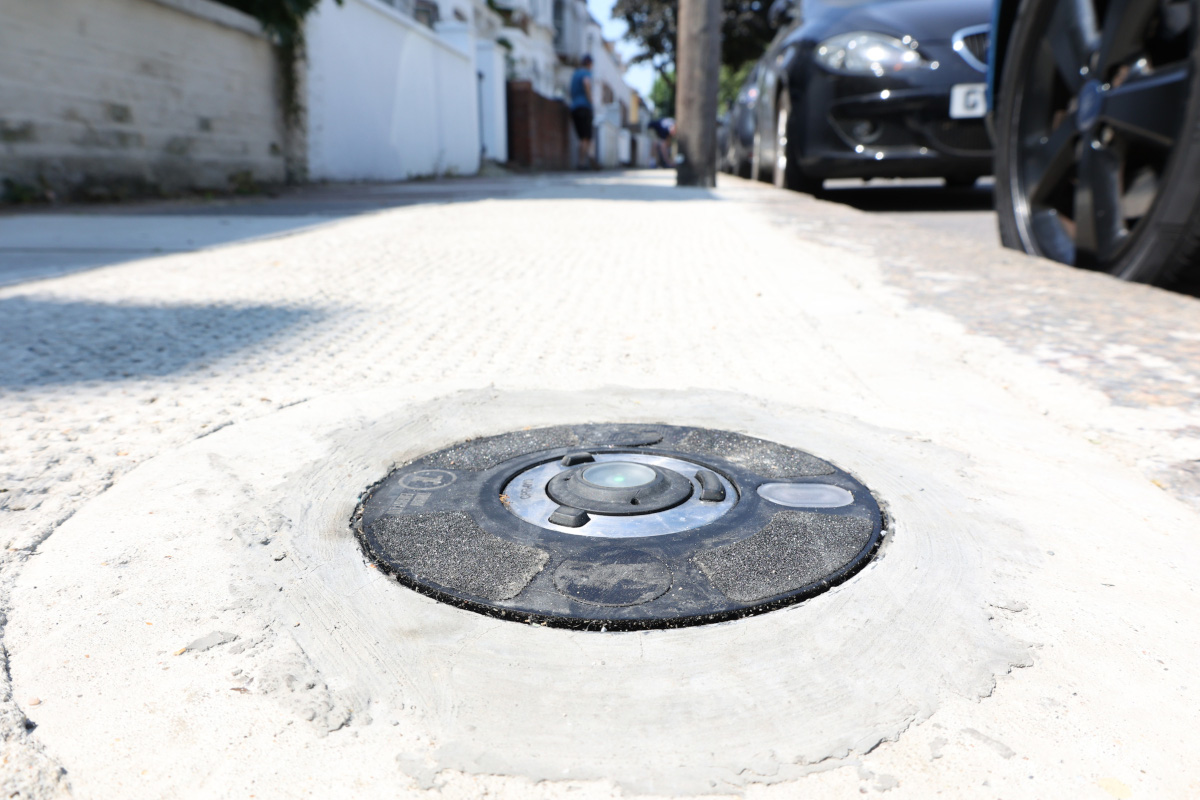 Transport Minister Rachel Maclean said: “This project is a great example of how technology is being used to solve a real-world problem to ensure that our EV infrastructure fits in seamlessly in our local towns and cities. This is crucial as we build back greener and encourage more people to make the switch, which is why I’m delighted this government is backing its delivery.”

The full trial will see 10 sets of 15 charge points deployed on six streets in Brent and four streets in Camden. Information about the trial streets and recruitment areas can be found on the Trojan Energy website.

Over 140 EV drivers have already signed up to test the technology in the full trial running from September this year to March 2022. A further 75 have signed up as ‘Prospective’ EV drivers, who intend to adopt an EV in the near future.

Strategic energy consultancy Element Energy is leading the project and has designed a survey alongside academic partners Institute of Transport Studies at the University of Leeds to evaluate the success of the project. Results from the pre-trial survey suggest that 50% of EV Driver participants find their current charging situation inconvenient and are in need of a better solution, said the firm, with over 70% stating that the availability of local charging points was an important factor for their EV purchase.

Sarah Clements, Principal Consultant at Element Energy and the Project Manager commented: “The sheer volume of participants signed up to this trial demonstrates the crucial need for on-street charging in residential areas. STEP is tackling a key barrier to EV uptake by providing convenient access to chargers for those that cannot charge at home. One aspect we are particularly keen to understand is whether deployment of this on-street technology will give confidence to local consumers to upgrade to EV – an important policy focus in the UK today”.

As part of the trial, renewable electricity supplier Octopus Energy is offering the opportunity for customers to merge their car charging costs with their home energy bill through Octopus’ EV roaming service, the Electric Juice Network. This will create “a seamless system for paying for all the electricity they use in one place, as if charging at home.”

Phil Steele, Future Technologies Evangelist at Octopus Energy, said: “Better accessibility and provision of easy-to-use electric vehicle chargers is the key to breaking down barriers in the switch from petrol to electric cars.

“On-street charging will play a critical role in the widespread take-up of electric cars. So we’re super proud to be part of the STEP project, powering the next generation of on-street chargers which integrate seamlessly into their surroundings.

“Charging electric cars on the street becomes even more convenient for our customers as they can have their costs sent straight to their energy bill via the Electric Juice Network, building an even more enticing case for people to give up their gas guzzlers for good.”

Birmingham City Council are the final consortium member, who act as an observer for the project – providing advice on how the technology could be implemented outside the capital.