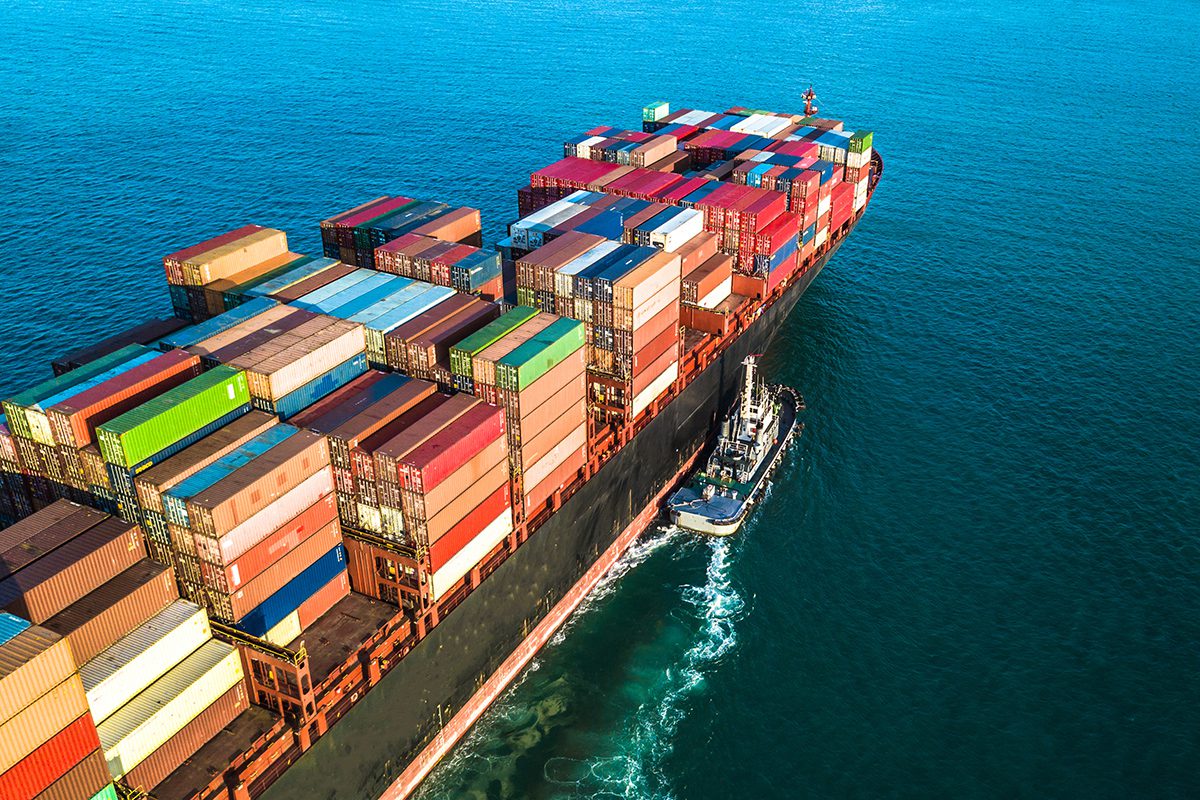 The UK is backing an “absolute zero” target for international shipping emissions by 2050, as an announcement from Transport Secretary Grant Shapps set out on 13 September.

Representing a significant uptick of ambition for the sector, which accounts for 3% of global emissions, the target would need to be agreed through the International Maritime Organization,

The announcement came at the outset of London International Shipping Week – billed as “the greenest to date” – and seemingly builds on a string of initiatives aimed at slashing emissions and establishing the UK as an international leader in greening the maritime sector.

At a speech on 15 September, the Transport Secretary was due to announce the winners of the multimillion-pound Clean Maritime Demonstration Competition, a contest launched as part of the ten point plan for a green industrial revolution in November.

“As a maritime nation with a rich history, and host of COP26 this year, we are proud to be at the forefront of the greener era for maritime, charting an international course for the future of clean shipping.”

“I’m incredibly excited by the changes happening in this sector, with the speed of progress highlighted by the prospect of zero emission commercial vessels in UK waters in the next few years and green Channel crossings within a decade.”

“Taking action now allows us to lead the charge on this global shift, creating highly skilled jobs for British workers and shaping the landscape for what clean shipping and trade will look like for future generations.”

“There are already fantastic technologies being developed and deployed here, and the industry is determined that these accelerate in close partnership with government.”

“The UK will rise to the challenge and, in doing so, create tens of thousands of green jobs in coastal communities across the UK.”

Throughout the week, ministers and industry will be presenting events taking stock of the sector’s progress. Leaders from across the sector will discuss how to level up all parts of the UK with a focus on decarbonisation, coastal communities and port towns and industries.

The DfT will publish its Maritime Biennial Report on 14 September, outlining the strength of the sector, the next phase for its recovery from the pandemic and progress on our ambitious Maritime 2050 strategy.

On 15 September, the Transport Secretary will announce the winners of the Clean Maritime Demonstration Competition, while the Maritime Minister, Robert Courts will be at Port of Southampton opening the newest cruise terminal, which is the greenest one yet.

Minister Courts is also set to take centre stage on 16 September at the coveted gala dinner in the iconic National Maritime Museum in Greenwich, the heart of British maritime, where he will outline the future for UK maritime and the opportunities that exist as we build global trading networks.

The week will be rounded off with the Maritime Minister joining Mersey Maritime on 17 September for its annual awards event, where he will present the DfT Maritime 2050 Award – celebrating industry action towards our shared Maritime 2050 ambitions.