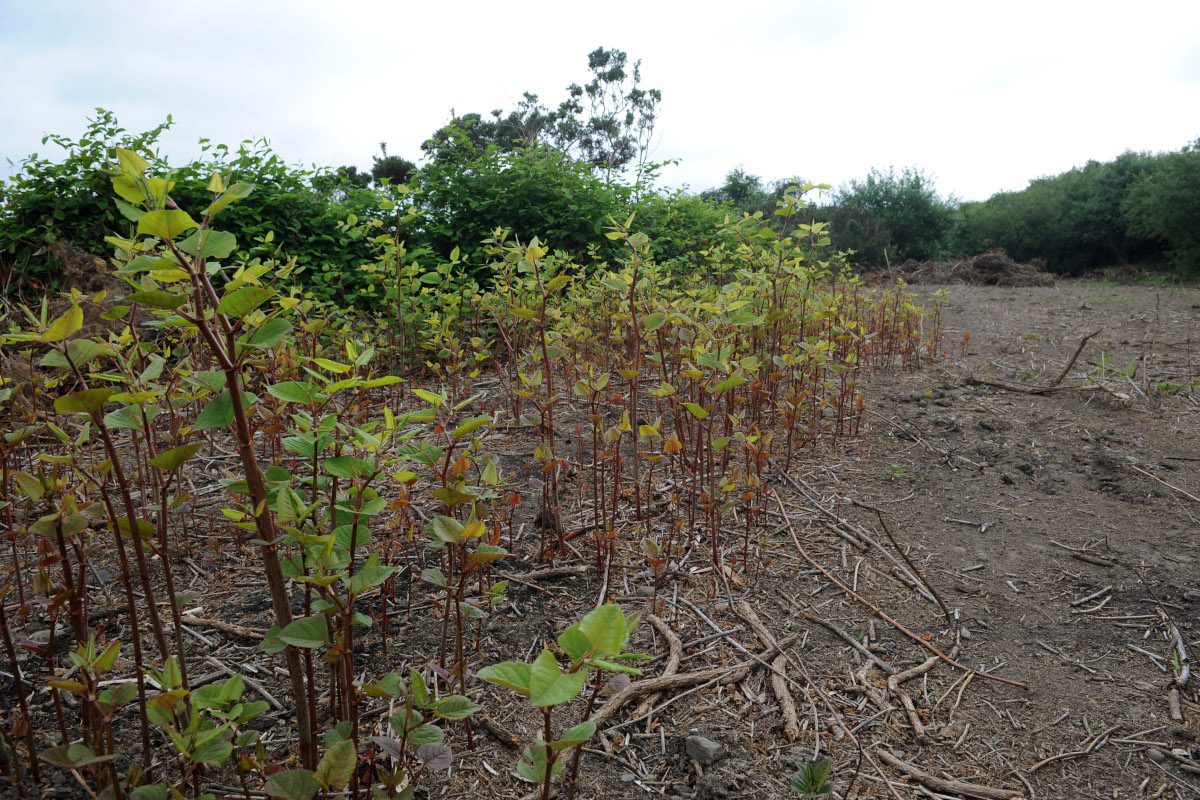 We can now harness the carbon scavenging power of Japanese knotweed and other invasive plants, explains Nic Seal, Founder and MD of Environet, a UK specialist in the topic.

The Japanese knotweed removal industry generates thousands of tonnes of plant waste every year which is consigned to landfill sites where it either regrows or decays, giving off harmful gases such as methane. Few can argue against the urgent need to find a new way of dealing with this waste material; ideally one that is not just zero carbon but carbon negative – reducing atmospheric carbon dioxide.

The villain of the plant world, Japanese knotweed is now rife across the UK and costs an estimated £166 million each year to treat. While it’s not a notifiable plant and it isn’t illegal to have it growing on your land, it is illegal to allow it to spread through inaction, with legal cases relating to encroachment on the rise. The Environment Agency describes knotweed as “indisputably Britain’s most aggressive, invasive and destructive plant”, which is a fair depiction due to its extraordinary regenerative capabilities arising from an extensive underground rhizome system that can regrow from a piece as small as a fingernail left behind in the ground.

Customers are increasingly turning away from traditional herbicide treatments for knotweed, which can only be considered a control method, and are instead opting for excavations where the plant’s extensive rhizome system is dug out of the ground. According to our data, almost 70% of customers opted for excavation of Japanese knotweed during 2021, an increase of +10.6% on the previous year, while the proportion of herbicide treatments has declined by -17.7% over the same period. A decade ago, herbicide was by far the most popular way of dealing with knotweed on residential properties, but more potent herbicides were available at the time which have now been banned. This means we have a greater volume of knotweed rhizome to dispose of than ever before.

We recognise our business activities create waste and emissions to land, air and water which we seek to mitigate as best we can. We don’t like adding excessive amounts of dangerous herbicides to the environment, that can find their way to watercourses. As far back as 2008 we thought it eco-crazy to dig up knotweed infested soils from one site only to dump it in a landfill site, many miles away. We wanted a zero-waste solution, so our R&D team developed a unique eco-friendly screening method for use on development sites whereby the knotweed rhizome is sifted and separated from the soil, allowing for the cleaned soil to be reused. This avoids the environmental and financial costs of consigning vast quantities of otherwise good soil to landfill and importing clean fill.

But with the knotweed removal industry still generating thousands of tonnes of plant waste every year, and with the seriousness of the climate emergency and recent COP26 summit focusing minds, without doubt our industry needs to go further. Developing an eco-solution for dealing with the waste we generate is the natural next step – and all the better if at the same time we can harness the plant’s powerful CO2-scavenging powers in the fight against climate change.

A couple of years back we set to work developing a method of converting knotweed rhizome excavated from the ground into biochar. The process involves heating the organic matter in the absence of oxygen, otherwise known as pyrolysis, thereby removing naturally occurring tars to leave carbon in the form of charcoal. The charcoal, which benefits from a honeycomb-like structure, can then be charged with additives such as liquid organic fertilisers to create a soil amendment improving soil structure and locking carbon away in the soil for hundreds if not thousands of years.
From one tonne of knotweed rhizome (wet weight) we can create around 150-200kg of charcoal which is 99% pure carbon. The charcoal is made into biochar simply by adding a liquid fertiliser, improving soil structure, health and fertility. It also sequesters (captures and stores) 150 – 200kg of carbon into the soil. To put this into context, the carbon content of one tonne of knotweed rhizome is equivalent to about 550 – 720kg CO2, offsetting the emissions from a petrol Ford Fiesta (154 g/km) doing some 3,000 miles.

We recently secured a patent for the apparatus and method used in this eco-solution which has the potential to eliminate the need for landfill disposal and could eventually be used to deal with all the UK’s Japanese knotweed waste, as well as that produced by other invasive plants such as Bamboo and Giant Hogweed with vast potential for carbon capture. Biochar is a useful byproduct which could be supplied to the agricultural and horticultural sectors and ensure that carbon captured by invasive plants during their lifetime was never released back into the atmosphere.
The next stage of our research will tackle delivering economies of scale, including how to process large quantities of knotweed waste quickly and efficiently, managing emissions produced by the pyrolysis process – and sourcing markets for the biochar produced.

We hope to be converting all the excavated plant waste we produce to biochar by the end of 2022, as part of our pledge to become a carbon neutral business – and in doing so reduce the reliance of our industry on landfill and the associated costs incurred by those in the unfortunate position of dealing with this highly invasive plant. In harnessing its CO² scavenging abilities, Japanese knotweed finally has the opportunity to do some good!