To make sure large boats can secure passage without getting stuck, port managers coordinate the dredging of the rivers connecting the ports and harbours of Rotterdam to the sea. The bigger ships become, the deeper channels need to be dredged. Currently, two billion kilos of sediment are lost annually from river channels and ports around Rotterdam every year, due to this extensive dredging – enough to fill the Feyenoord Kulp soccer stadium in the nearby city. This amount will increase significantly in the coming century, according to research by Jana Cox, who recently completed her PhD on the topic. “By 2085, every year twelve billion kilos of sediment will be lost, enough to fill the same stadium every other month.”

Loss of sediment = loss of an important building block

Losing this sediment means losing valuable material for bank protection, and infrastructure such as underground cables and flood defence structures can be damaged. “On top of that, valuable nature areas in the southern areas such as the Haringvliet, where unique birds live, may be completely lost in the future,” Cox says. “These effects are compounded by the pressures of sea-level rise, subsidence and urbanisation.” This annual loss of sediment is called a ‘negative sediment budget’ which simply means that the amount of sediment leaving the delta area is greater than the amount entering the delta area, much like a bank account, the amount of sediment is ‘overdrawn’ and the Dutch delta is in the red.

Cox calculated the future sediment budget for the Rhine-Meuse delta using sediment supply modelling for different scenarios of sea level rise, climate-driven changes in sediment load from the upstream rivers and increasing ship size. She found that although climate change will bring twenty to thirty percent mud and silt than present levels into the delta in the next 50 years – through mainly more storms and floods – into these channels, a much larger amount will annually be removed by dredging. However, not only the Dutch delta is dominated by dredging.

“I only looked at the Dutch harbours for my research, but a negative sediment budget in river deltas is a trend we see in many big deltas around the globe: China, Vietnam, USA, and Australia,” says Cox. These deltas, much like the Dutch harbour, have competitive ports located in estuaries and lower river branches. To allow navigation of big boats through these channel networks, they are dredged extensively and this dredging often outweighs the amount of sediment present in the delta, “Ultimately, again, losing the key building block in keeping deltas above rising sea-levels.”

Like in the Dutch harbour, the pressures of sea-level rise, subsidence and urbanisation are ever-present in most deltas around the globe. Delta managers will therefore need solutions to retain this sediment to stay above rising water levels. The next step in this research is evaluating existing local small scale solutions and how they can be upscaled to be suitable for global deltas. For example tidal flooding and river diversions, but they will take time and money to implement. 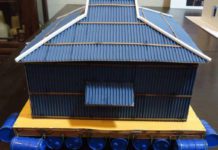 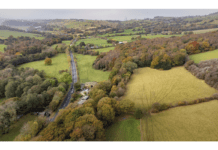 Taking a natural approach to flood management in yorks 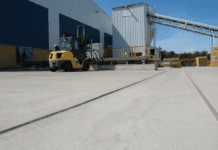