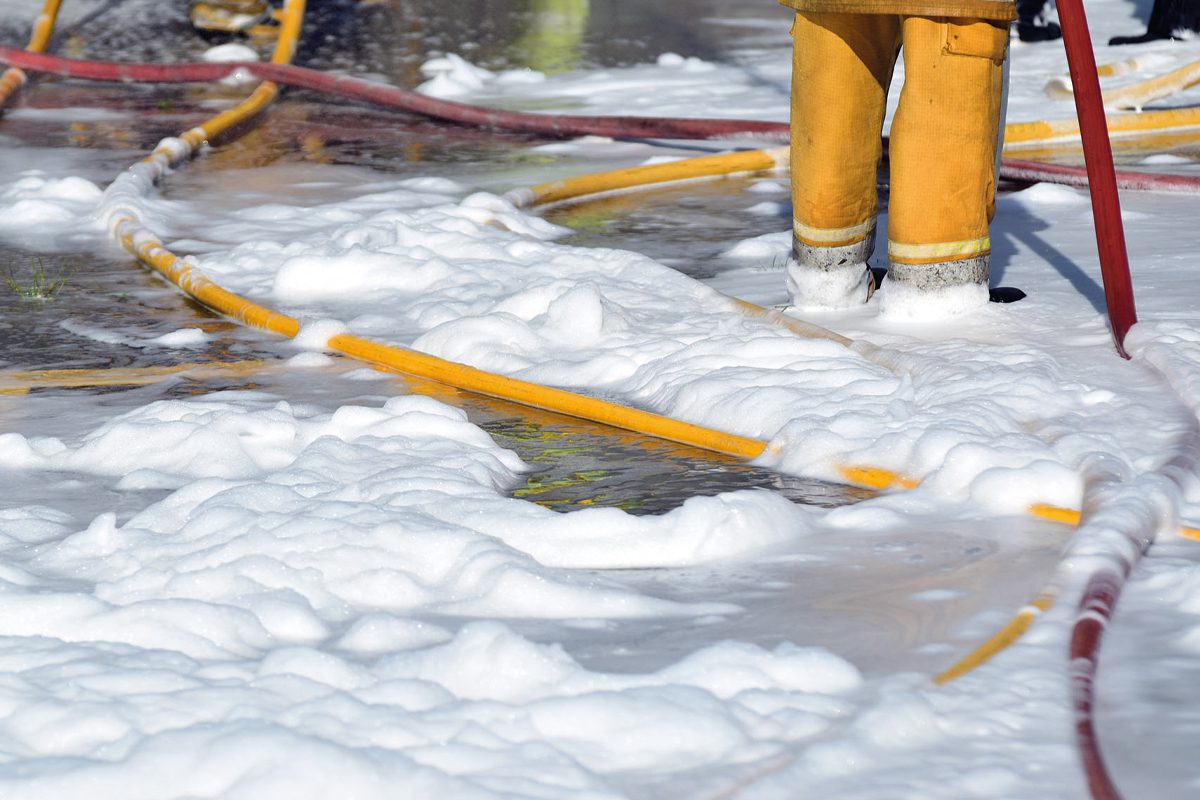 The European Chemicals Agency (ECHA) says it is bringing forward a proposal for an EU-wide restriction on all per- and polyfluoroalkyl substances (PFASs) in firefighting foams. The restriction would hopefully prevent further groundwater and soil contamination and health risks for people and the environment.

ECHA says it has investigated the environmental and health risks posed by the use of PFASs in firefighting foams at the request of the European Commission. The Agency concluded that an EU-wide restriction is justified as the risks posed by PFASs are currently not adequately controlled and releases should be minimised.

Firefighting foams containing PFASs have caused many cases of environmental contamination in the EU, both in soil and drinking water. All PFASs, or their breakdown products, are very persistent and some are known to harm human health or the environment. The combination of persistence and the potential to cause harm means that it is important to minimise further releases of these substances to reduce the likelihood of, potentially irreversible, harm in the future.

ECHA says it has assessed the strengths and weaknesses of five different options to control the risks of PFASs in firefighting foams. The proposed option would ban the placing on the market, use and export of all PFASs in firefighting foams after use or sector-specific transition periods. These transition periods would give time for industry to replace PFAS-containing foams without compromising fire safety. During the transition periods, those still using PFAS-based foams will have to ensure that releases to the environment are minimised. Expired foams and any waste foams would also need to be appropriately disposed.

If adopted, the restriction could reduce emissions of PFASs into the environment by more than 13000 tonnes over 30 years. The estimated costs to society would be around EUR 7 billion over the same period. These costs include, among others, the price of modifying equipment for using PFAS-free foams, the cleaning of equipment to remove PFAS foam residues and the price difference between PFASs and alternative foams.

The proposal is based on information that was available at the time it was prepared and can be updated if new information comes to light. A six-month consultation is planned to start on 23 March 2022 that is open for anyone to give evidence-based comments on the proposal. ECHA will also organise an online info session on 5 April to explain the restriction process and help those interested to take part in the consultation.

Additionally, five European countries (The Netherlands, Germany, Denmark, Sweden and Norway) are working on a restriction proposal that will cover all PFASs in other uses. They are planning to submit their proposal to ECHA in January 2023. The risk assessment introduced in the proposal to restrict PFASs in firefighting foams is relevant for all PFASs. This means that it will also pave the way to assessing risks in the wider PFAS restriction.

Next steps
ECHA’s scientific Committees for Risk Assessment and Socio-Economic Analysis will apparently now start assessing the proposed restriction options. In their assessment, they will consider the scientific evidence received during the consultations. The combined opinion of the two committees is expected in 2023. Together with the 27 EU Member States, the European Commission will take the decision on the restriction and its conditions – based on the proposal and the committees’ opinion.

The EU’s chemicals strategy for sustainability places PFAS policy front and centre. The European Commission commits to phasing out all PFASs, allowing their use only where they are proven to be irreplaceable and essential to society. The restriction proposal on PFASs in firefighting foams is mentioned in the strategy as one action to further limit the use of PFASs.