The unfolding furore over sewage dumping seems to have mobilised political will in a way that observers suggest might be “game changing”. And recent weeks appear to have uncovered important clues about what’s going wrong with water quality in UK waterways, and what might be done about it, from instigating new monitoring processes to linking executive pay to environmental performance. Envirotec tries to join the dots. 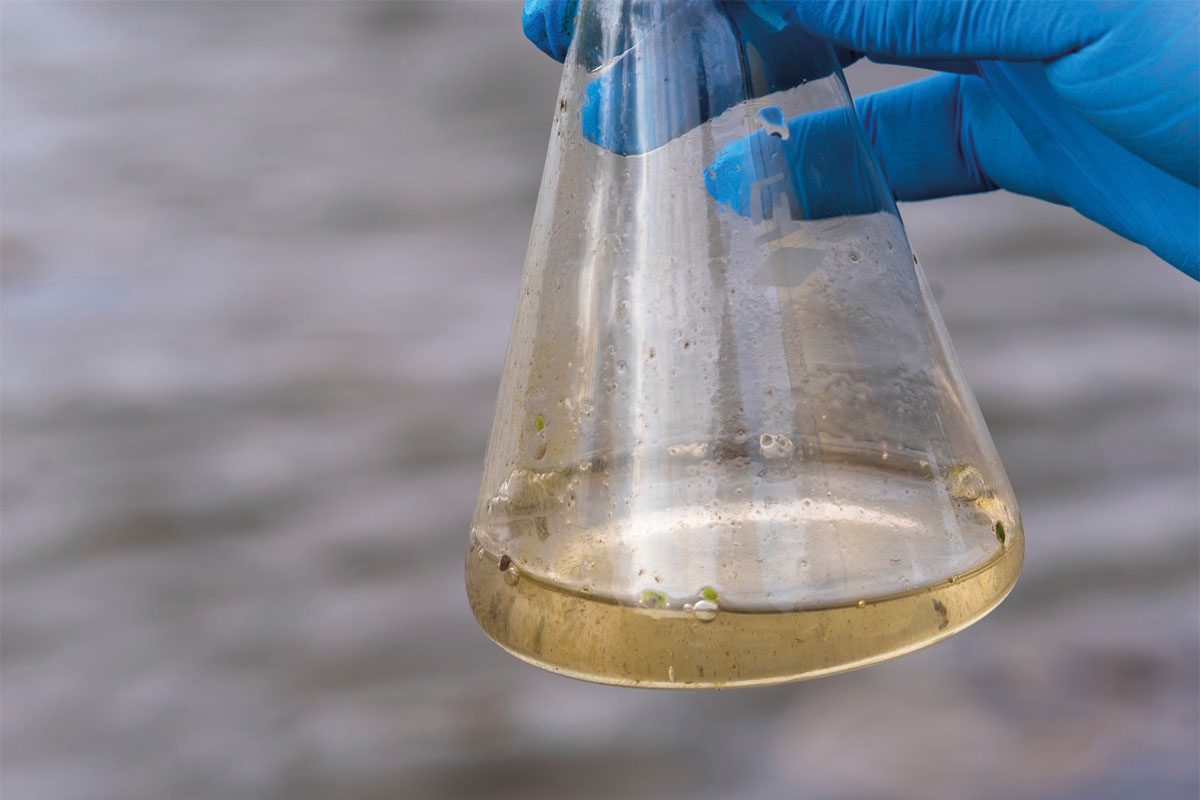 The publication of a landmark report on water quality in England’s rivers, on 13 January, appeared to uncover “multiple failures in monitoring, governance and enforcement on water quality”, as MP Philip Dunne of the Environmental Audit Committee (EC), which authored the report, put it.

Much of Water Quality in Rivers focuses on the familiar culprits of water companies’ sewage dumping practices, in addition to agriculture and problems arising from road run-off, fatbergs and “wet wipe reefs”.

In a 22 February speech, EA chief executive Sir James Bevan pointed out that “farming is doing as much damage to our waters as sewage”, one of a number of “little known facts” his address aimed to highlight. “Farming and rural land management,” he said, “impacts a higher proportion of our water bodies – 45% – than any other source, mostly through what is called diffuse pollution,” he said, referring to chemicals from things like fertilizers and pesticides, which run off the land and pollute water courses.

“This is harder to see and to tackle than the sewage spills caused by water companies,” he said. “But the damage is just as or more significant, because the main chemicals that leach into our watercourses from farming, nitrogen and phosphorus, starve the water of oxygen and kill a lot of the wildlife.”

Sean Comber, a professor in Environmental Chemistry at the University of Plymouth, commented in January that, while he believed there was “no quick fix” to addressing the water quality challenges in UK rivers and waterways, “the first step we need to take is to shift the cultural of disproportionately blaming our water and sewage companies, which has resulted in them facing a somewhat unbalanced financial burden.”

Water firms will be spending around £4 billion between 2020 and 2025 on relevant improvements, he said, whereas agriculture has to contend with only millions. One potentially important initiative in this respect, Environmental Land Management schemes (ELMs), is still in its infancy and “deemed to be lacking clarity and detailed objectives by farmers”.

The slashing of enforcement agencies’ budgets has been another obstacle to progress, but Bevan’s 22 February address said the EA was stepping up its efforts in the agriculture sector, “with the help of new money from the government that is funding more EA inspections of farms”.

“That is allowing us to provide advice and guidance on how to farm without harm. It will also help us – if necessary – to enforce the rules that protect our waters from harmful farming practices.”

One recommendation aims to tackle the pollution from intensive livestock and poultry farming, which “is putting enormous pressure on particular catchments, such as that flowing into the River Wye, as it may be raising the river’s phosphorus levels.” Going forward it seems that each catchment will have a “nutrient budget” calculated, which will be used to ensure that pollution is progressively reduced from all sources in the catchment until nutrient levels come within the river’s capacity to handle them.

An easier finger to point

A seemingly far more tractable threat to water quality is the sewage-polluted water that is discharged from CSOs by water companies. In recent decades, these firms “are spilling more frequently and spilling larger volumes,” as the EA’s Bevan told the EAC. “We think that is likely to be happening because there has been more development and therefore more people and therefore more sewage, and because climate change is causing more violent weather and therefore more rain and heavier rainfall events.”

Much recent commentary has focused on water industry neglect of the issue following privatisation in the 1980s (see “A brief history of the problem”, below).

Speaking to the Oxford Mail on 19 February, Thames Water’s director of sustainability Richard Aylard, was asked if it might ever be possible to simply stop these discharges. “Absolutely”, he said, “we want to get to the point when we will never have to discharge any untreated sewage, but it will take a long time and has to be done step by step.”

The unhappy marriage of new housing developments and an ageing, often Victorian-era sewerage infrastructure were referenced by the report. Aylard said it wasn’t “the foul flow from the new houses” that was the problem – “that’s a comparatively small volume”, he told the newspaper. It’s “the rainfall that runs off roofs, drives and hard surfaces” – the surface run-off – that’s the problem, he said, since it often finds its way into the sewage network.

He said they were “trying to get back to the proper way of doing things,” which was keeping rainwater out of sewers using things like soakaways and surface water drainage.
Dr Veronica Edmonds-Brown, a lecturer in aquatic ecology from the University of Hertfordshire, said new developments “increase local surface run off by 8 – 18% and this must go somewhere.”

“If more housing is to be built, more money needs to be spent on infrastructure. Not doing so will lead to more flooding events.”

She felt the bodies responsible for drainage systems – drainage boards, local authorities, and water companies – all have different priorities so remedial action against pollution is often not joined up.

She also mentioned “misconnections” where wastewater drains into the surface water drains instead of the sewage pipes. These were not mentioned in the report but are “a big problem, particularly for urban rivers.”

“Plumbing sewage and black wastewater into surface water drains is much more common than is acknowledged and difficult to rectify.”

In one testimony to the inquiry, the Severn Trent chief executive’s suggestion that its sewer overflow discharges were “pretty much already rainwater” was dubbed “disingenuous” since water companies do not routinely test the quality of the discharges from storm overflows, so “they are in no position to make this claim”. 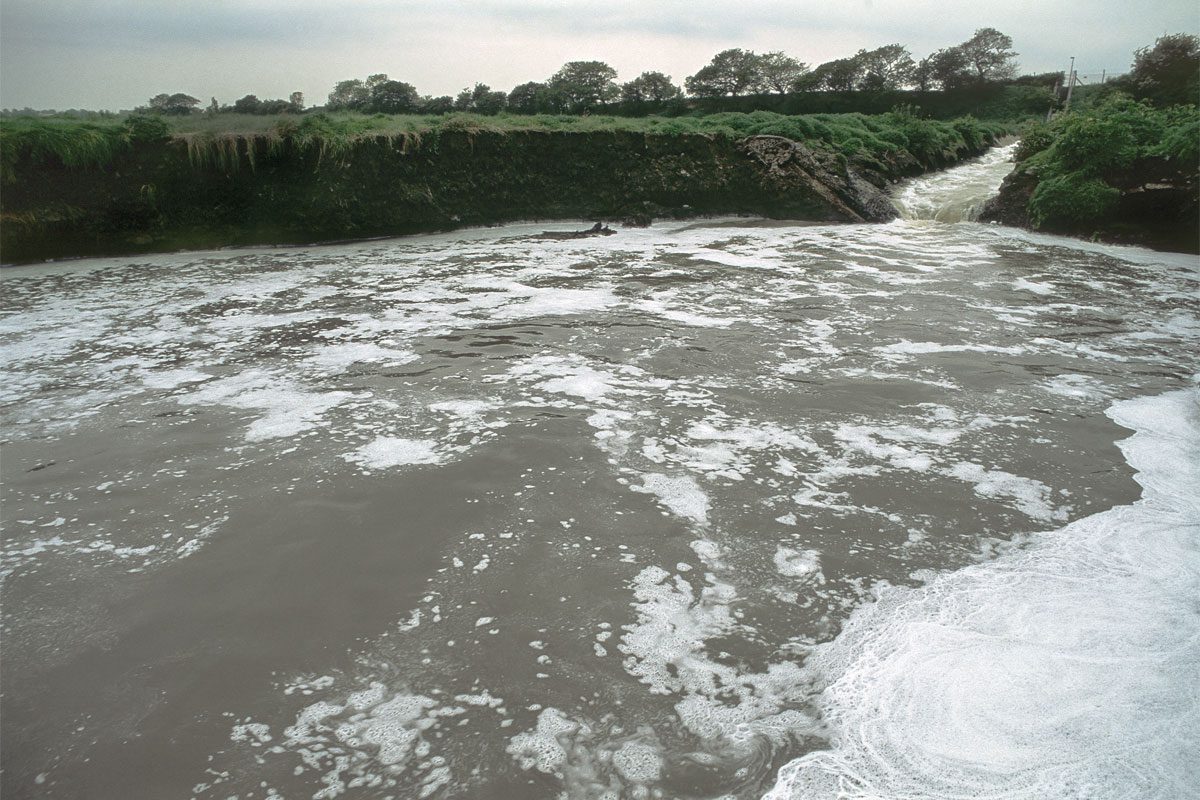 Independent scientist and campaigner Peter Hammond wondered if permits might be a problem. These don’t define a specific threshold of rainwater (ie. an acceptable point at which to discharge from storm overflows). But Bevan thought permits weren’t the problem.

There is a set limit that must be exceeded before a CSO is allowed to spill, which he said was “essentially the limit of the treatment that the particular sewage works can handle at any given moment”. The EA is explicit that there needs to be monitors on these CSOs, and this data must be reported to the EA.

He felt the big issue was ensuring water firms invest enough to make sure there are fewer spills, and that they “pay more attention to what is happening in those overflows”.

Since 2015 more than 12000 of England’s storm overflows have been equipped with Event Duration Monitors (EDMs), with the remaining 3000 due to get them by 2023, says the EA, so it can seem puzzling that so many spills apparently go unrecorded – as many as 95 percent as Hammond pointed out last year.

The Windrush Against Sewage Pollution (WASP) campaign group attempted to explain to the inquiry why this was happening, and it was to do with the fact that while water firms report treatment flow and event duration monitoring to the EA at present, this is only in the form of “daily total flow” and “yearly total hours of spilling” data, which WASP said wasn’t sufficiently granular and meant that “EA suspicion is less likely to be aroused and spills at STWs are missed”.

WASP, on the other hand, has been asking sewage operators for flow data recorded every 15 minutes, and start/stop times of each spill.

Similarly, the “annual spilling hours” data currently reported to the EA “mask the frequency and length of individual spills or groups of STWs spilling for long periods at multiple points along a watercourse”.

Data: Too much or too little?

One problem seems to be that more data is recorded than anyone knows what to do with.

The conclusions to the report said: “We recommend that the EA either develop the in-house capacity or tender for external assistance necessary for the analysis of the volume of data generated by EDMs, and for the establishment of techniques to identify discharges which are likely to breach permit conditions.”

Another major problem appears to be blind spots in terms of what is being measured. “The current range of pollutants being monitored is too narrow,” concluded the report, which referenced emerging contaminants like microplastics, persistent chemicals like PFAS, and anti-microbial-resistant pathogens. It recommended that Defra commission “a UK-wide survey of emerging pollutants and microplastic pollution of river environments, including an assessment of their potential impact on aquatic ecology.”

Commenting on the report, Professor Sean Comber expanded on the nature of this blindspot. Sewage works, he said, “are predominantly designed to deal with paper, urine and faeces, with an increasing focus on nutrients, particularly phosphates.”

“The removal of chemicals such as pharmaceuticals, and metals for that matter, is happening by chance.”

“We have yet to fully enshrine standards for emerging chemicals of concern into regulation but, if and when we do, there will again potentially be huge costs involved, unless based on robust science and sound risk assessment.”

No more marking of own homework?

The report concluded that “an urgent review of water companies’ self-monitoring is needed”.

The Environment Act – which passed into law on 10 November – seems to herald progress here, with its requirement for water firms to publish “near-real time information” on overflows, as well as location and duration data.

Commentators like WASP have also noted with interest recent comments made by Environment minister Rebecca Pow When asked in November by ENDS Report deputy editor Rachel Salvidge whether her “faith in self-monitoring and self-reporting has been shaken,” she replied: “Well, they won’t be self-monitoring anymore, we’ve dealt with that… we are absolutely cracking down.”

She insisted that there will be “transparency” and a situation where “nobody can hide behind anything.”

Commenting on its blog, the WASP group said: “This could be game changing if it is not just hot air”.

Certainly, when it comes to attributing blame, a large portion of campaigners’ outrage seems directed at water utilities’ failure to invest in the needed infrastructure, while at the same time paying generous sums to executives and shareholders. In late February OFWAT called for Britain’s privatised water firms to link executive pay to performance on a range of issues, including sewage pollution, a possibility so far supported by the EA, Defra and others.

Aylard of Thames Water was asked by the Oxford Mail in February if his firm viewed EA fines as simply business expenses. “Absolutely not,” he said, explaining that “having to find money for fines is a serious matter”. And the firm isn’t currently paying dividends to shareholders, he said. Reputational damage is also at least as important as the fines, he added.