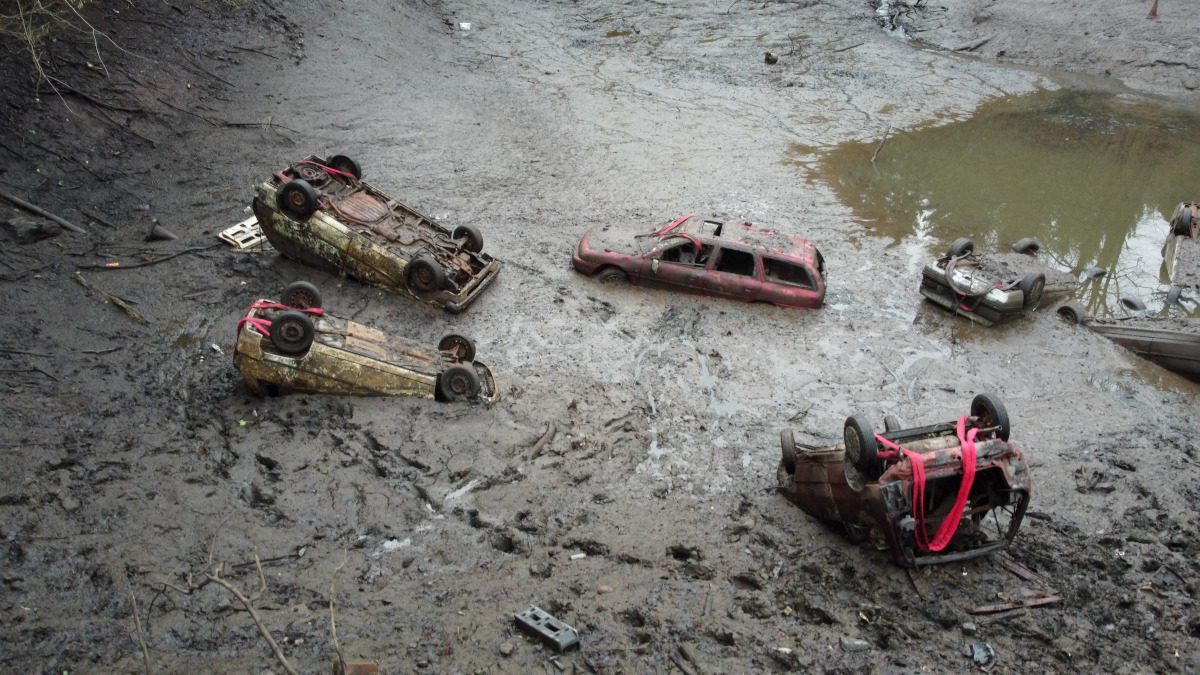 A delicate operation to remove nine ageing car wrecks which had been dumped in a Paisley reservoir has been hailed a success by utility Scottish Water.

The team carried out the removal “with military-style precision” – in what was said to be an operational first for the utility.

While the reservoir has never been used for the supply of drinking water, local residents had raised their concerns when the cars were uncovered during the dry weather last year.

Scottish Water said the process required meticulous planning to avoid impact on the environment and ensure the safety of the specialist teams on site. It also involved close liaison with the Scottish Environment Protection Agency (SEPA), Police Scotland and the Ayrshire Rivers Trust.

Gerry O’Hara, Scottish Water project manager, said: “Protecting the environment, the safety of the twenty-strong team on site and the park-users was paramount for us. This tricky operation was months in the planning to ensure every little detail had been thought of and that we got it right.

“As a result of everyone’s hard work and the meticulous planning and safeguarding that went into this operation, we’re absolutely delighted that the nine vehicles have been successfully recovered.

“Our attention now turns to getting things in the park back to normal for everyone. We’re refilling the reservoir to its original level, in a controlled manner, and we’re continuing to test water quality to ensure there are no issues.

“Mother Nature will take its course and the people of Paisley can once again enjoy this space in a safe manner.”

In the run-up to removal day, the water level of the reservoir was gradually lowered daily to bring it to a workable level that would help mitigate for any possible environmental impact. Rigorous testing and monitoring of the water was carried out on a regular basis, said the utility.

And the firm said it put mitigation measures in place to help avoid any impact on the local water environment. A fish rescue was carried out by Ayrshire Rivers Trust and booms were positioned to help soak up any potential contaminants.

Once the reservoir was at a safe level, divers from Clyde Commercial Diving entered the boggy basin to pre-sling the cars in preparation for them being winched from the mud and silt by a Barry Devlin Recovery truck.

Environmental risk reduction specialists Adler and Allan were on site but the operation seemingly passed without incident.

A spokesperson for the Scottish Environment Protection Agency said: “Collaborative work between agencies is positive and essential to ensure the environment is considered at every stage.

“Because of the complexity of the removal process, detailed discussions were held between SEPA and Scottish Water.
“SEPA was provided with a risk assessment from Scottish Water ahead of the works, which included steps that would be taken to prevent or minimise pollution to the water environment.

“We are pleased the works passed without incident and steps have been taken to positively improve the local environment.” 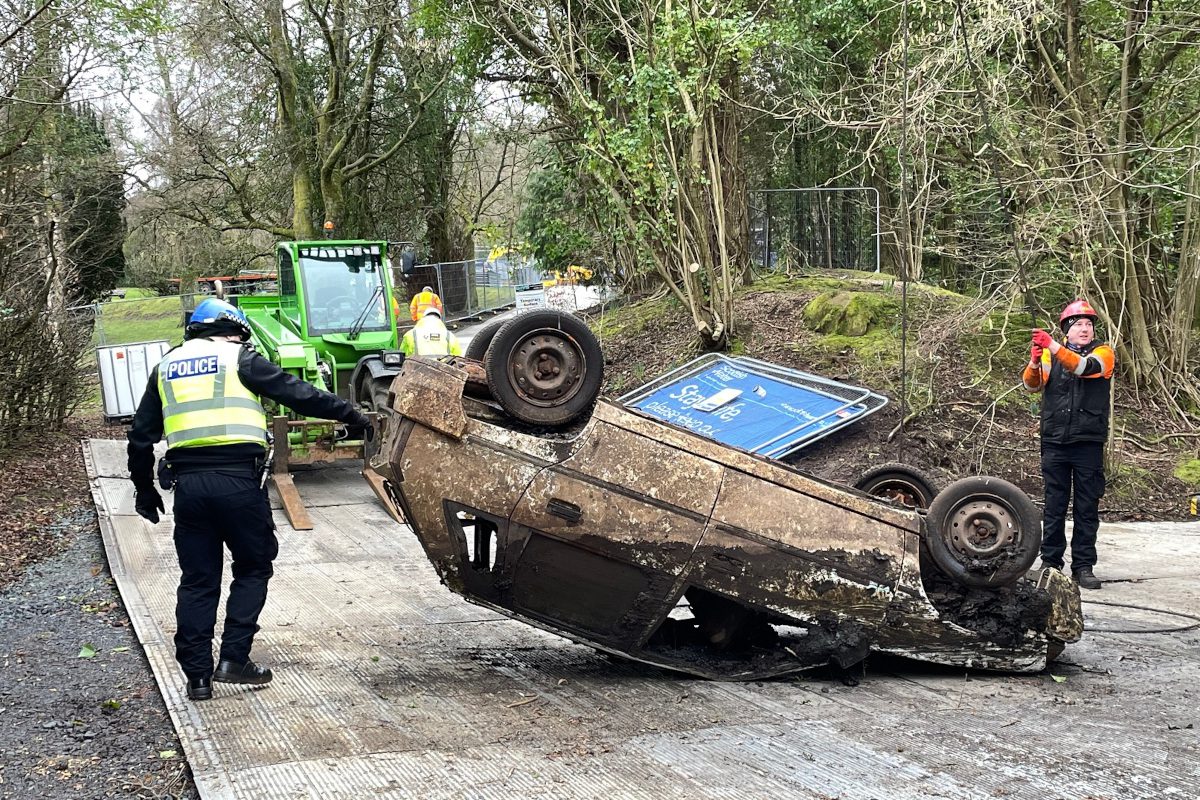 From beginning to end, it took just one day for the nine vehicles to be towed out. They were washed down, inspected by local police and then transported off site – headed for the scrapyard.

It is believed that the illegally dumped cars could have been submerged in the water at Lower Glen Dam since around the 1990’s.

A new gate has now been installed in the park to prevent similar incidents happening again. Further preventative measures including the installation of barriers around the reservoir are also now being considered by Scottish Water in consultation with Renfrewshire Council. 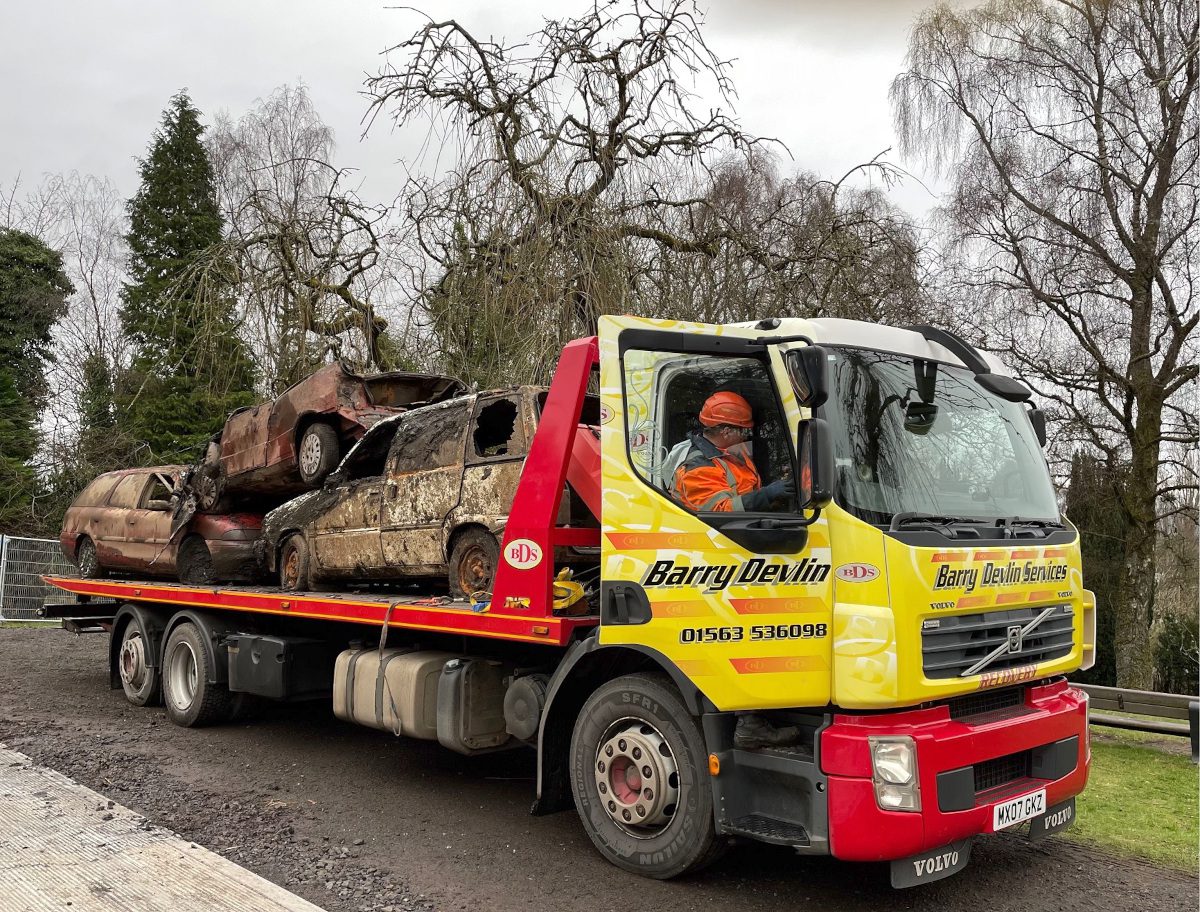