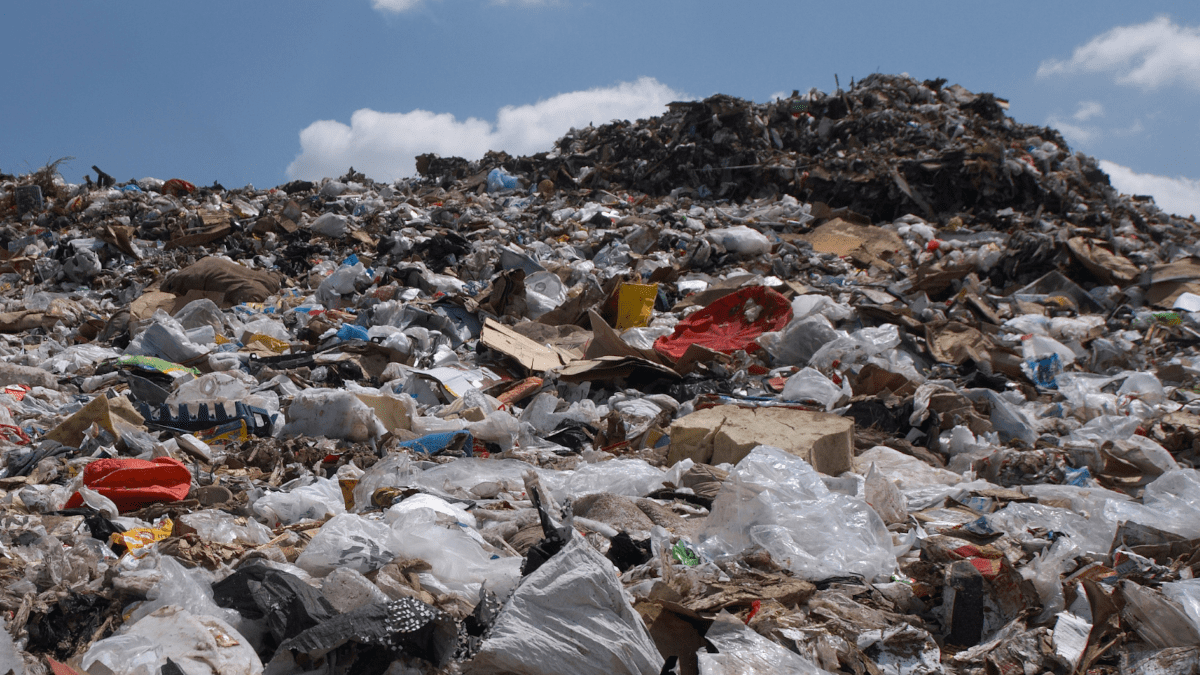 There are still major differences in the amount of waste generated across the world, and how it is disposed, a finding confirmed by a 2022 Global Waste Index compiled by waste management technology firm Sensoneo to mark Global Recycling Day (18 March).

The firm says the index provides a comprehensive analysis of 38 member states of the OECD according to the environmental impact of their waste management. The study was completed in 2019.

Table 1 (below) shows the biggest waste polluters worldwide, and per capita quantities for total waste generated, recycled, incinerated, landfilled, and disposed of illegally (click to enlarge). 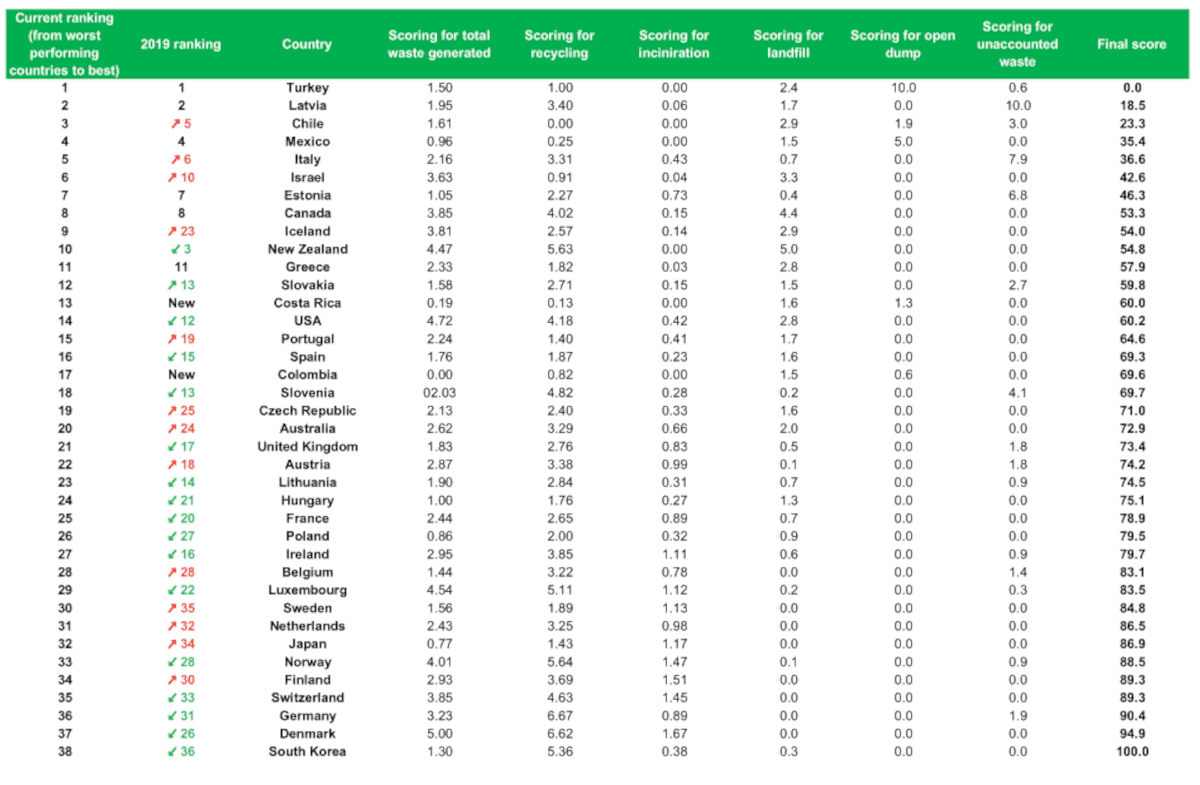 Illegal waste disposal is booming in Turkey
Turkey is again at the top of the list as the least environmentally friendly waste management country – as it did three years ago when a similar analysis was conducted. In fact, as recently as 2019, no waste at all was recycled in Turkey. Today, according to official figures, 47kg per capita is recycled. However, despite these visible improvements in recycling, the large amounts of waste disposed of illegally each year – a total of 176kg per capita – cannot be offset against this.

No other country is drowning in waste as much as the US
Most waste is generated in the United States. Each US citizen currently produces 811kg of waste, and around half of that ends up in landfill. Meanwhile just 95kg of that are incinerated. US citizens produce two kilograms more waste today than they did in 2019. In the UK, the amount of waste per capita has decreased by five kilos over the same period. That is despite the pandemic increasing the use of many more disposable items, such as medical masks and Covid rapid tests.

“Seamless waste management is among the most important measures in environmental and nature conservation,” says Martin Basila, CEO of Sensoneo. “With the Global Waste Index, we want to draw attention to the fact that unregulated waste disposal contributes massively to the greatest environmental pollution on earth. The index is intended to highlight industrialised countries that take far too little responsibility for their legacies. The publication of these figures is also intended to awaken a feeling for the unbelievably large quantities of waste that we produce year after year. The startling data should motivate people to want to produce less waste overall.”

Other findings of the World Waste Index 2022:

● Colombia produces the least municipal waste, at 243kg per capita.
● The disposal system in Chile recycles only two kilos per inhabitant. No other country recycles less. 417kg of waste per capita ends up in landfill and is disposed of in a particularly environmentally harmful way.
● Iceland’s waste management has worsened the most since the last Global Waste Index. According to the data, waste production in Iceland increased by 7% since 2019 and 68% less waste is recycled.
● From an environmental perspective, waste incineration is preferable to landfill. However, just 17 out of the 38 countries in the report dispose of more waste through incineration than by landfill. They are Austria, Belgium, Denmark, Estonia, Finland, France, Germany, Ireland, Japan, Luxembourg, the Netherlands, Norway, Slovenia, South Korea, Sweden, Switzerland, and the United Kingdom.
● Switzerland is the only country that does not send any waste to landfill. The Swiss produce 706kg of waste per capita, of which 333kg are incinerated and 210kg are recycled.

The great recycling myth
Many countries like to boast about their progressive waste management and high recycling rates. Sweden, South Korea, and Germany are among them, and Germany is often celebrated as a world champion for recycling. However, the high recycling rates for plastic waste could be misleading. This number is taken from the volume of waste that arrives at the recycling plants, but not everything is recycled through material recovery. This number is the amount of waste at the beginning of the lengthy sorting process, at the end only a fraction of that waste is reused. What remains is incinerated, i.e., “recycled” through energy recovery.

Environmental organizations such as the Friends of the Earth Germany estimate that less than 16% of the recyclable waste earmarked for recycling in Germany can be reused. The biggest problem is caused by mixtures of recyclable materials in items such as a yogurt pot with a cardboard sleeve and aluminium lid. If these are not separated before arrival, there is a high probability it will be registered at the recycling plant but will still end up being incinerated.

Small, very thin materials and some food packaging are difficult to recycle, as their reprocessing needs sophisticated technologies that are not easily available. The challenging recycling process is subsequently reflected in the price of secondary raw materials making these highly uncompetitive on the market.