To satisfy both current and future demands for safe and reliable drinking water, The City of Calgary, in Alberta, Canada, has recently embarked on a $35M CAD project to replace the most critical water pumping station in the city, as pump manufacturer KSB, which supplied key components for the upgrade, explains. 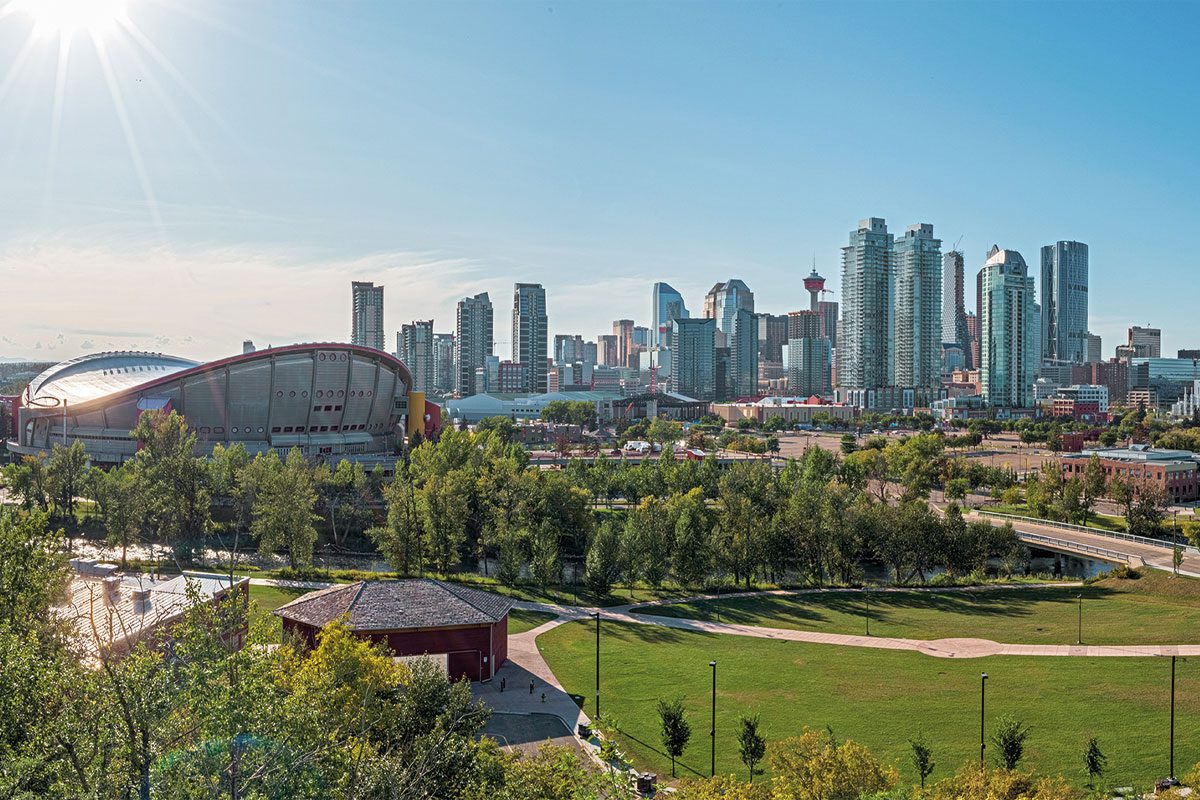 The existing Shaganappi Pump Station, originally constructed in 1978, supplies drinking water to over 200,000 residents of Calgary and surrounding communities. Shaganappi Pump Station is Calgary’s largest pump station and is a vital component of the City’s water transmission network, which consists of 41 pump stations and 23 storage reservoirs, connected by over 4,500km of underground piping.

This large number of pump stations and reservoirs is required due to the varying and often rugged topography of Calgary, which divides the city into many smaller water pressure zones based on elevation.

These state-of-the-art treatment facilities draw their source water from the Bow River and the Elbow River, respectively. Both treatment plants combined can produce a total of 950 ML of clean drinking water per day. Treated water is stored on site at the treatment plants before being pumped into the transmission network for distribution throughout the city.

The Bearspaw plant, located in the northwest quadrant of the city, pumps water into three separate underground feeder mains, the largest of which South Feeder., is Calgary’s largest and most critical feeder main.

Shaganappi Pump Station draws water directly from the South Feeder and then effectively splits the flow, adds hydraulic energy via pumping and redirects the water to both north and south Calgary.

The new Shaganappi Pump Station, now nearing completion is located approximately 200m west of the existing facility. This will allow the city to reuse much of the existing underground infrastructure, including the original piping connection to the 1950mm diameter South Feeder.

This location was chosen to reduce construction costs, minimize disruption of the water system and surrounding communities and to facilitate a smooth transition between the existing and new facilities.

Calgary’s water pump stations are considered critical infrastructure and are designed with redundancy to allow them to continue to operate in an emergency situation. The existing Shaganappi Pump Station utilizes natural gas engines to drive back-up pumps in the event of a power outage.

Specifying pumps: The challenge
Establishing a strong working relationship between KSB Canada and The City of Calgary has been advantageous to both parties. The City issued a Request for Proposal (RFP) in late 2017, in search of a vendor to supply pumps and drivers for existing and new water pump stations. KSB Canada was the successful proponent in this stringent RFP process, which saw the contract awarded in May 2018.

The contract included the supply of pumps and drivers for the new Shaganappi Pump Station project, along with other projects such as the Palliser Drive Pump Station retrofit.

“The Palliser Drive project enabled us to demonstrate to the City of Calgary the capabilities and benefits of our Omega pumps”, says Pasha Barazandeh, Regional Sales Manager, KSB Canada. “For this project we supplied two electrically driven pumps and one natural gas engine driven pump to meet a pumping requirement of up to 60 ML/d. The City was pleased with this installation and 12 months on it continues to run well.”
While the Palliser Drive Pump Station project was underway, details for the new Shaganappi Pump Station were being finalized and the pump supply was put into motion.

The requirements for Shaganappi involved the supply of three large RDLO 600-600 pumps rated at 80ML/d and three smaller Omega 300-560 pumps rated at 30ML/d to give a station design capacity of 220ML/d. This allows for a total capacity of over 300ML/d with all six pumps in operation. However, such a situation is not anticipated to happen. “For 80% of the time only one of each pump types might be working at the same time, servicing two different pressure zones for the water supply system,” explains Pasha Barazandeh.

One of the key challenges for KSB Canada was presented by the size of the natural gas generator at Shaganappi Pump Station. “The configuration of the pumps and their power requirement had to be modified to meet and exceed the duty condition.

To meet this condition, it was necessary for us to modify the pump hydraulics to maximize efficiency for the most frequent operating conditions,” says Barazandeh. “This led to delivering the lowest lifecycle costs and optimum operating reliability.”

The City of Calgary specifications stated that they required between-bearings, axially split case centrifugal pumps. Other specific requirements included suction and discharge nozzles provided with integrally cast flanges to ANSI/ASME B16.1, the impeller trim diameter to be no more than 98% of the full size and removable wearing rings on the impeller and casing.

There were also a number of specific material requirements to satisfy national and international standards relevant to the handling of potable water.

The solution
Proven in many water applications around the globe, the RDLO and Omega pumps were more than capable of meeting the customer’s specific demands. KSB’s axially-split, single-volute casing RDLO and Omega pumps feature a double-entry radial impeller and are ideally suited to the requirement of the water pumping stations. They transport fluids with a minimum of flow resistance, thus lowering the energy and life cycle costs of the systems in which they are installed.

CFD optimized hydraulic systems deliver both the best duty point and give operating efficiency levels of above 86%. The double-entry impeller balances the axial forces so the load on the maintenance-free bearings is minimal. The combination of solid bearing brackets, a short and rigid shaft and pre-loaded bearings guarantees low vibration and extended operating life for the bearings, seals and coupling.

The use of axially split case pumps simplifies maintenance procedures, making it easy to access all parts for inspection. The drive may be positioned on both the left and right of the pump without additional parts or modifications to the casing being necessary.

From the original RFP process through construction of the new facility, KSB Canada has worked closely with The City of Calgary, the consultant engineer (Associated Engineering) and the contractor (Graham Infrastructure LLP). Fast response, technical assistance and project management were key contributions from KSB Canada. “We were faced with a very exacting RFP issued by The City of Calgary,” explains Barazandeh. “We identified the most appropriate and proven pump types and customized them to the City’s specifications.

Providing optimum hydraulics to meet or exceed these requirements, along with configuring the pumps to meet the duty conditions, were major factors in delivering a successful project.”