What exactly causes the characteristic “skunky” odour emitted by cannabis production facilities, and what do these emissions mean for air quality professionals and the general public? A recent study attempts such an appraisal. 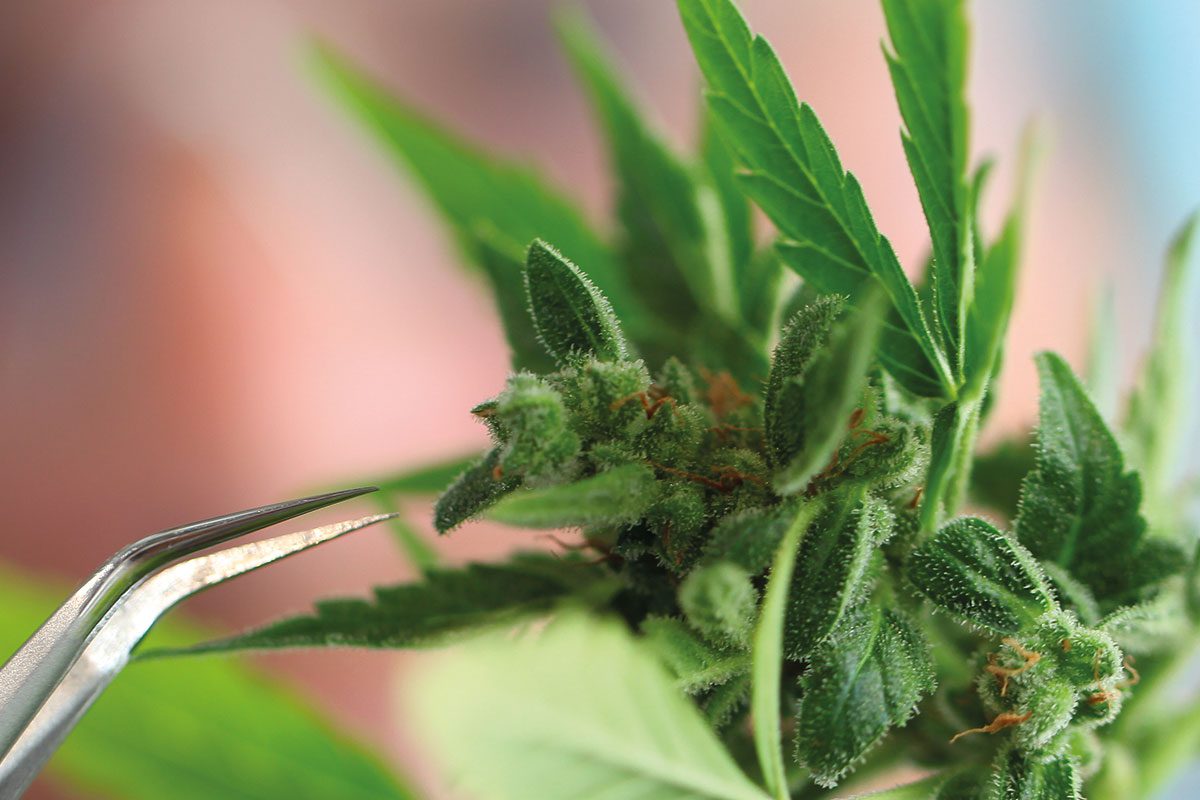 It’s a fast-growing, multi-billion dollar industry, albeit one confined to a few limited centres around the world (at least in its capacity to operate within the law), including Canada, 19 different states in the US, and Uruguay.

We should address knowledge gaps with respect to odour and air quality while this industry is still developing, according to a new study led by Davi de Ferreyro Monticelli, a doctoral student in the University of British Columbia‘s department of earth, ocean and atmospheric sciences.

What’s missing in our knowledge about cannabis production emissions? What are their potential impacts on communities living nearby? And just how does their smell stack up against other odours? Such questions are addressed by a recent review undertaken by de Ferreyro Monticelli which was published in the journal Environmental Science & Technology. It looked at existing knowledge gaps with cannabis cultivation facility (CCF) air emissions, providing a synthesis of existing literature and pointing to promising new directions to explore.

“We found in the literature that a facility that grows about 1,700 cannabis plants can emit the same odour concentration as a livestock operation with about 30 pigs or about 1,600 chickens,” explains de Ferreyro Monticelli. “So, although their smells are not the same, one cannabis plant might be equivalent to about one chicken with respect to the intensity of the odours it produces.”

Stench sources
“To date, cannabis smell has been linked to two classes of chemicals: terpenes and volatile sulphurous compounds, which are volatile organic compounds. However, we do not really know which type contributes more to the odours, and a better understanding would help the industry and policymakers control odorous emissions more effectively.”

“Our critical review identified 16 major gaps that we believe should be addressed by the scientific community, regulators, and industry,” said de Ferreyro Monticelli. “They start with the measurement of air quality in and around cannabis facilities. Most of the chemicals that are emitted react quickly in the atmosphere.”

He said some of these can influence the formation of ultrafine particles and ozone at ground level, which are harmful to people and the environment. Biogenic VOCs are one such example and are produced indoors at CCFs, a potential occupational hazard. Regulators and public health agencies are already exploring ways of curbing these emissions at CCFs, and the study explains that there is an urgent need to characterize them.

Measuring odour
The most common approach to characterizing cannabinoids and terpenes is by using gas chromatography (GC) in combination with mass spectrometry. In fact, a handful of different approaches are available.

Studies have demonstrated the power of GC in this field, as the review explains, and the findings of “headspace” studies (where the air in the immediate vicinity of a plant is measured).

Complementary to these instrumentation-based approaches is the use of ‘dynamic olfactometry’ analyses, where people capture a sample of air near a known odorous source and bring it back to the lab so it can be sniffed by trained assessors. “The sample is first diluted with clean air and then concentrated further and further until half of the assessment panel can smell it. When this happens, the level of dilution is converted into an odour concentration. This has been performed for many industries and operations, including cannabis facilities, waste and wastewater treatment, and livestock operations.”

“Because of the fast-changing nature of the chemicals released when cannabis is grown, we need to use real-time sampling instruments that can capture changes in the composition of the air within short periods to properly understand the impact of cannabis facilities on overall air quality.”

“Creating and maintaining a database of different cannabis strains and their emissions will improve the accuracy of cannabis cultivation emission inventories over time. Such inventories provide the basic information needed at the beginning of any air quality assessment.”

As the review points out, CCF odours vary in their strength and chemical composition in accordance with factors such as plant strains, stage of life and the methods being used to control emissions. 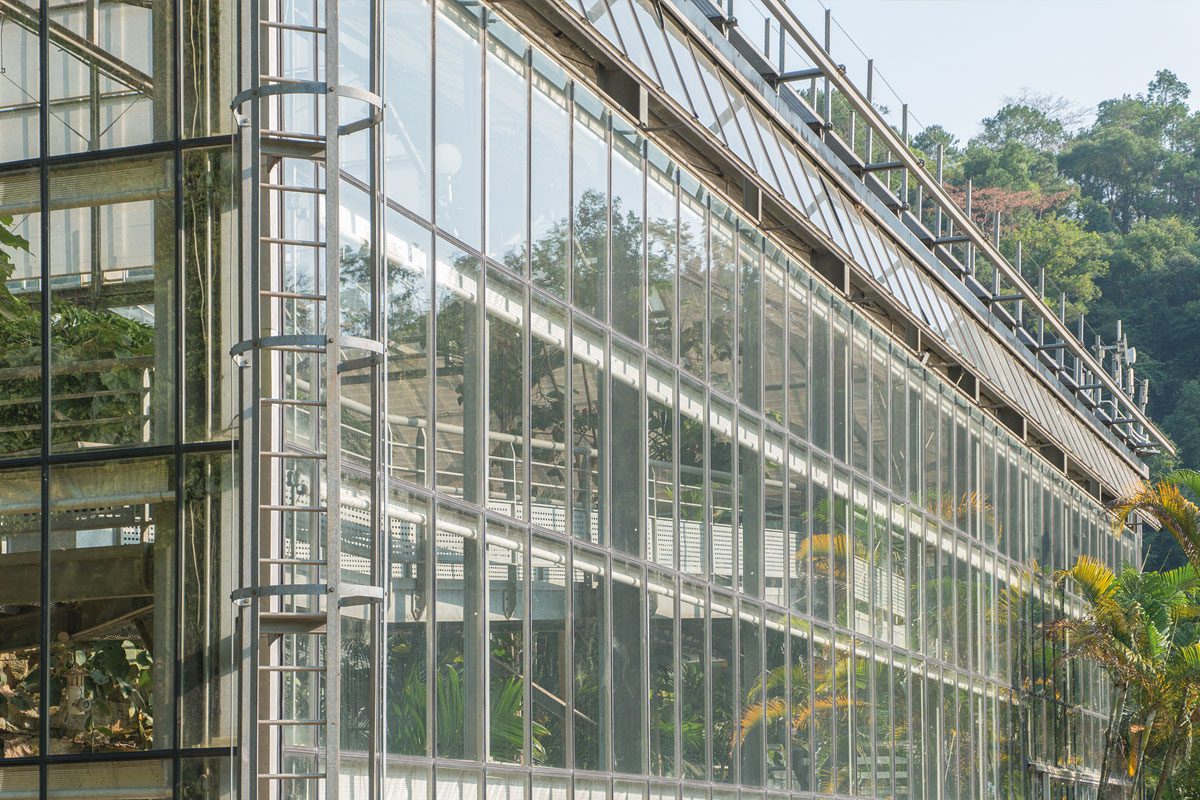 Knowledge gaps
“This is a relatively new industry which is growing with the rise in cannabis legalization worldwide. Effective emission control practices and environmental policies are needed before new industrial practices become entrenched, and addressing the gaps identified in our review is the first step.”

“We also looked beyond regulations to think about measures that could bring innovation or advantage to the industry. For instance, some studies claim that by controlling environmental variables such as temperature, humidity, and concentrations of volatile organic compounds, one can increase the relative value of the crop and even standardize the chemical content in the cannabis flowers.”

The review suggested opportunities to bring in other techniques from the odour assessment field, including dynamic olfactometry, chemical analysis, GC-olfactometry, tracer analysis, instrumental odour monitoring by e-noses, field inspections, field olfactometry, and citizen science. Only chemical analysis and citizen science have so far been deployed to appraise the impact of cannabis cultivation emissions. But all of these methods might prove useful to monitoring and tracking emissions with CCFs.