In an investment said to be worth tens of millions of pounds, a storage facility for the temporary storage of liquid CO2 will be constructed by anaerobic digestion (AD) plant developer and operator Future Biogas by the end of 2024 on a dedicated site at Saltend, comprising up to 32 CO2 storage tanks. A simple, step-by-step guide to the production, transport and storage of the CO2 is offered below, along with an explainer of how the process can be carbon negative. 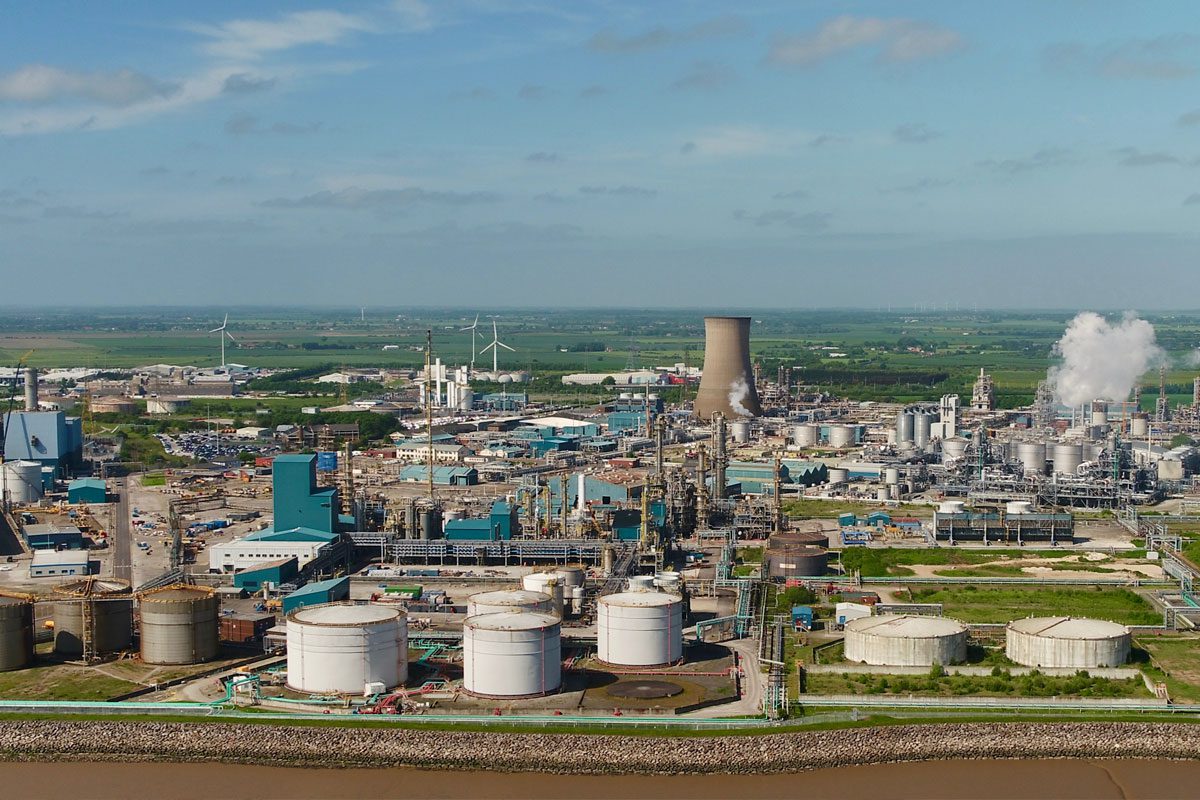 In an investment worth tens of millions of pounds, a storage facility for the temporary storage of liquid CO2 will be constructed by Future Biogas by the end of 2024 on a dedicated site at Saltend, comprising up to 32 CO2 storage tanks.

The facility will provide temporary storage of 200,000 tonnes of liquified CO2 annually by mid-2025, and up to 400,000 tonnes of CO2 by the end of 2028. The CO2 is a by-product of AD plants and will be captured and liquified at the facilities operated by Future Biogas.
As part of the development, px Group – which owns the site – will be involved in the design, construction, operation and maintenance of the infrastructure, and potentially the CO2 storage facility itself. The development now goes into the FEED (Front End Engineering Design) stage.

Saltend, a Top Tier COMAH site, was chosen – according to px Group – for its expertise in handling complex, high-hazard materials and its quality record on safety.

Future Biogas commented that Saltend’s leading role in UK decarbonisation, and its strategic goal of attracting key players in sustainable energy supply chains, was critical to it choosing the park. Saltend was recently selected as the site for a significant hydrogen plant – the flagship project of the Zero Carbon Humber decarbonisation initiative that recently secured Government funding.

Saltend’s existing high-quality infrastructure and capabilities were also cited as key plus points. These include its Deepwater Jetty providing access to transportation via the Humber, and px Group’s engineering and operational capabilities.

Garry Gibbon, Group Commercial Manager, who oversaw the partnership with Future Biogas, adds: “Once again we have seen our commitment to top-class infrastructure at Saltend reap rewards. The development of Future Biogas is testament to the facilities and expertise on site.”

Philipp Lukas, Future Biogas, CEO, commented: “We’re delighted to be working with the team at Saltend, which will become an integral part of the Carbon Capture and Storage supply chain. The environment at Saltend is ideal – the park has fantastic facilities, experienced people, and infrastructure which will support early exports to ‘Northern Lights’ whilst being complementary to Zero Carbon Humber in the future.”

“We are looking forward to 2025 when the first deliveries of green-CO2 removed from the atmosphere roll into Saltend for onward transportation to permanent sequestration.”

How does the process work?
1. Future Biogas will transport liquified CO2 that it captures from its AD and bio-energy sites across the UK via trucks to Saltend.
2. Saltend’s facilities will temporarily store the liquid CO2 in the built-to-specification tanks.
3. From the tanks, the liquid CO2 will be transported via Saltend’s jetty onto specially designed vessels for transportation to the Northern Lights Carbon Capture and Underground Storage project (CCUS) which is supported by the Norwegian Government and is currently under construction.

How is it carbon negative?
The AD facilities utilise energy crops from a regenerative farming system with negative carbon at its core.

The products from the AD process are dealt with in two ways. The biomethane is fed directly into the National Gas Grid’s network for domestic and commercial use, and the CO2 by-product is captured, liquified and transported to Saltend (in this case) for storage, transportation, and geological sequestration.

The process removes CO2 from the atmosphere without releasing further CO2, making it carbon negative.